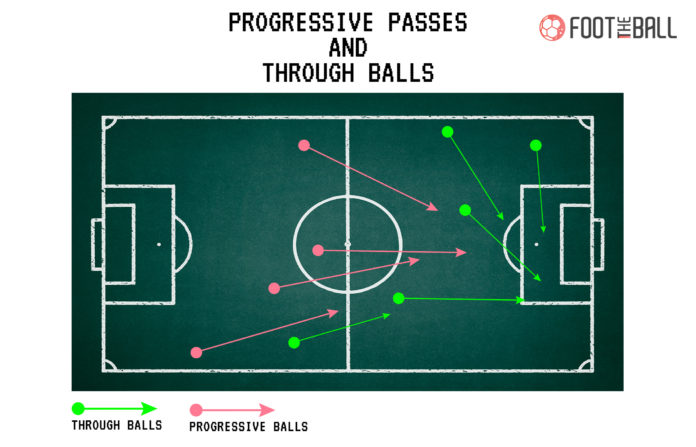 When Barcelona created history by winning six trophies in the 2008-09 season, it was seen as a resurgence of the possession-based system. Watching Pep Guardiola’s team just using short progressive passes to play a team out of the game was a mesmerising sight. And what it brought to the fore was the importance of passing.

Barcelona won the La Liga, UEFA Champions League, Copa del Rey, UEFA Super Cup, Supercopa de Espana, UEFA Super Cup, and FIFA Club World Cup. It was an unprecedented feat in the history of football that has only been repeated by Bayern Munich.

But what Barcelona showed was how players with brilliant vision could combine to reach the pinnacle of football with short passes as the base of their play. And it would in turn cause a domino effect that would bring massive changes to the game of football.

A player’s contribution in a game is broadly gauged on two broad parameters- on-the-ball and off-the-ball movement. These two are then divided into further statistics. However, like so many things, some statistics were given more importance while some were glossed over. This led to a very rudimentary understanding of the game. Two such metrics were progressive passing and through balls.

We have other metrics like Passes Allowed per Defensive Action (PPDA), which measures how aggressive a team’s pressing is. Another metric is the Expected Offensive Value Added (xOVA)which measures a player’s actual offensive contribution.

However, any attacking metric in one way or other is based on some base metrics. Two of these metrics are progressive passes and through balls.

What are Progressive Passes?

A pass is considered progressive if it fulfils one of the three following conditions:

Here are 40 types of progressive pass according to ASA's definition (passes that move the ball at least 25% closer to goal), sorted most to least valuable by average goals added. pic.twitter.com/nBzRqanbg9

The use of distance is paramount as it helps differentiate a simple forward pass from a pass that may require skill and vision to spot a teammate.

Most players who operate in the half-spaces are usually the top progressive passers. Kevin de Bruyne, Luka Modric, and Thiago are some of the top players at moving the ball towards the goal.

Consider this, if a player emerges with the most passes in a game, a layman would say the player was deeply involved in the team’s play. While this may be true, what is more, important is the direction of passes.

A look at passing stats from the top five leagues would show one thing clearly, defenders and defensive midfielders usually top the list.

In Premier League, the top passers are Joao Cancelo, Aymeric Laporte, Rodri, and Virgil Van Dijk, who are either defenders or midfielders.

It is the same case in Bundesliga, Ligue 1, Serie A, and La Liga.

However, few of these players are among the top players in line-breaking through balls. Therefore, most of their passes are bound to the opposition’s goal as a defender.

There are exceptions as well like Trent Alexander-Arnold who ranks 13th in passes but is by far the best progressive passer in the league.

Most of the time, we could say that through balls is a type of progressive pass. It is a pass that exploits the gaps in the opposition’s defence to send the ball to a teammate.

This skill is a very accurate representation of a player’s actual offensive value. Consider this, Lionel Messi had a poor last season but still topped the through ball charts in Ligue 1.

Through balls are very important as a successful one usually leads to a big chance for the team.

Progressive Passes and Through Balls connection

If we look at the top five players for through balls in the Premier League, there are four attackers and one fullback (Joao Cancelo).

And this stat is not a coincidence. Instead, it shows how football tactics and systems have become more fluid. For instance, look at Liverpool, who use fullbacks as their creative fulcrum. This may have been unthinkable even two decades back.

Going back to the through balls metric, we discover an exciting observation.

However, this is not the case for all defensive players. For instance, Joshua Kimmich and Joao Cancelo have brilliant progressive passes numbers of 9.51 and 7.62 per 90 minutes respectively.

And this could be explained through the team’s stats that these four players play for.

Doucouré’s team Lens finished seventh in the Ligue 1 last season and did not dominate the attacking metrics in Ligue 1. They were sixth when it comes to goals, ninth in terms of xG, tenth in Buildup Disruption Percentage (BDP), and seventh in Field Tilt.

Kimmich and Cancelo’s team dominate these metrics and play a far more attacking style of football which helps the player’s statistics.

So, progressive passing and through balls are metrics that have come a long way, and are no more confined to a certain set of positions, but are now rather more dependent on the system and tactics that a team employs.