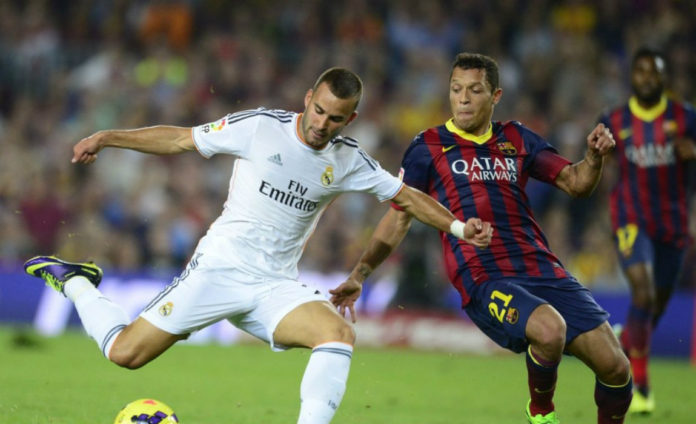 Ligue 1 champions Paris Saint-Germain have officially announced the signing of midfielder Jesé Rodriguez from Real Madrid for a transfer fee in the range of €25m.

New PSG coach Unai Emery PSG has been busy this summer in adding depth to his squad and after securing the services of Hatem Ben Arfa, Grzegorz Krychowiak, Thomas Meunier and Giovani Lo Celso, the Spanish playmaker becomes their fifth signing of this summer.

The French giants confirmed that Rodriguez has signed a 5-year contract, which will keep him at the club until 2021.

Rodriguez had joined Real Madrid back in the 2011/2012 season and went on to win two Champions League trophies and a Spanish league title, along with other domestic cups.

In an official statement Real Madrid thanked Jesé Rodriguez for his services at the club.

The club statement stated: “Real Madrid CF and Paris Saint Germain have agreed the transfer of the player Jesé Rodriguez.”

“The club wants to show its appreciation for the years of dedication and professionalism from the player to the first team, and wishes him luck in his new career.”

PSG also announced the signing on their official website where Rodriguez said: “I am delighted to join Paris Saint-Germain, who have become one of Europe’s most competitive clubs.

“Like Paris Saint-Germain, I have big ambitions for the coming seasons and it will be a great pleasure to work under the direction of Unai Emery, who has developed an excellent reputation in Spain, and across Europe, for his quality as a coach.”

“I can’t wait to begin this next challenge of my career,” he added.

Paris Saint-Germain Chairman and CEO Nasser Al-Khelaifi said: “I am very happy to welcome Jesé to PSG. Over the past seasons, he has confirmed his status as one of Real Madrid’s, and Spain’s, most promising young footballers.

“After playing alongside some great forwards, he has chosen to continue his progression with Paris. His speed and creative qualities will complement our excellent attacking players. With Jesé, our squad is now, more than ever, armed to confront the coming challenges and meet the expectations of our fans.”