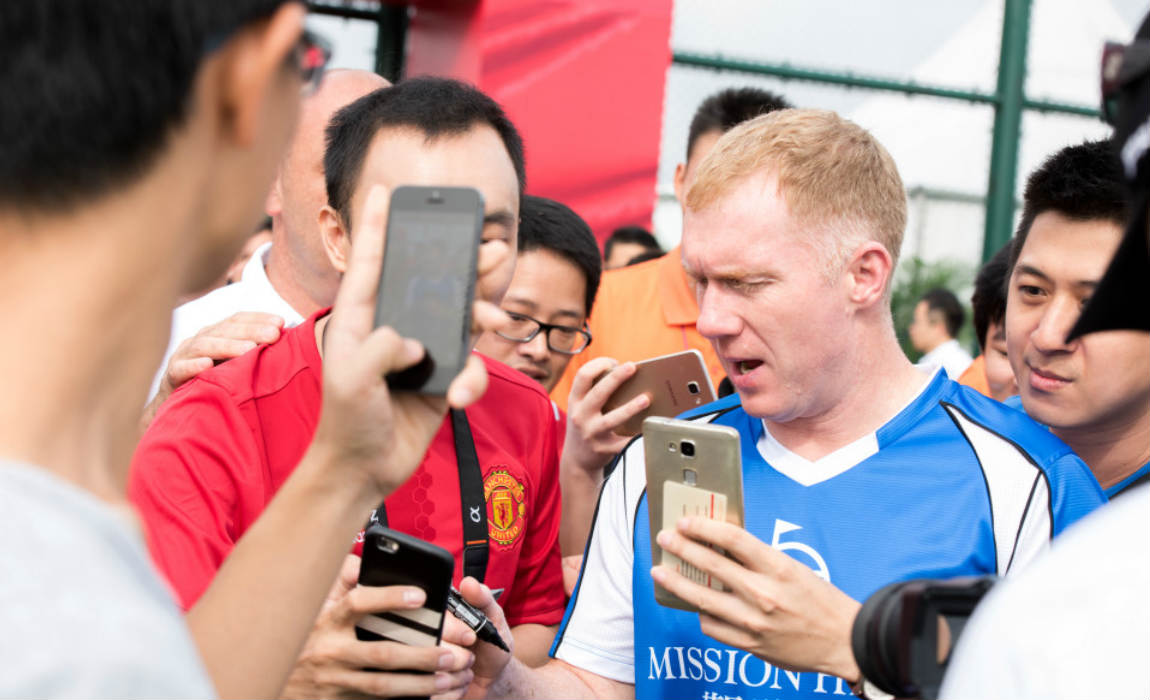 Former Liverpool and England footballer Robbie Fowler was in action at the official opening of the new Mission Hills Haikou Football Training Base in China and predicted it would not be long for China to produce top-class football players. 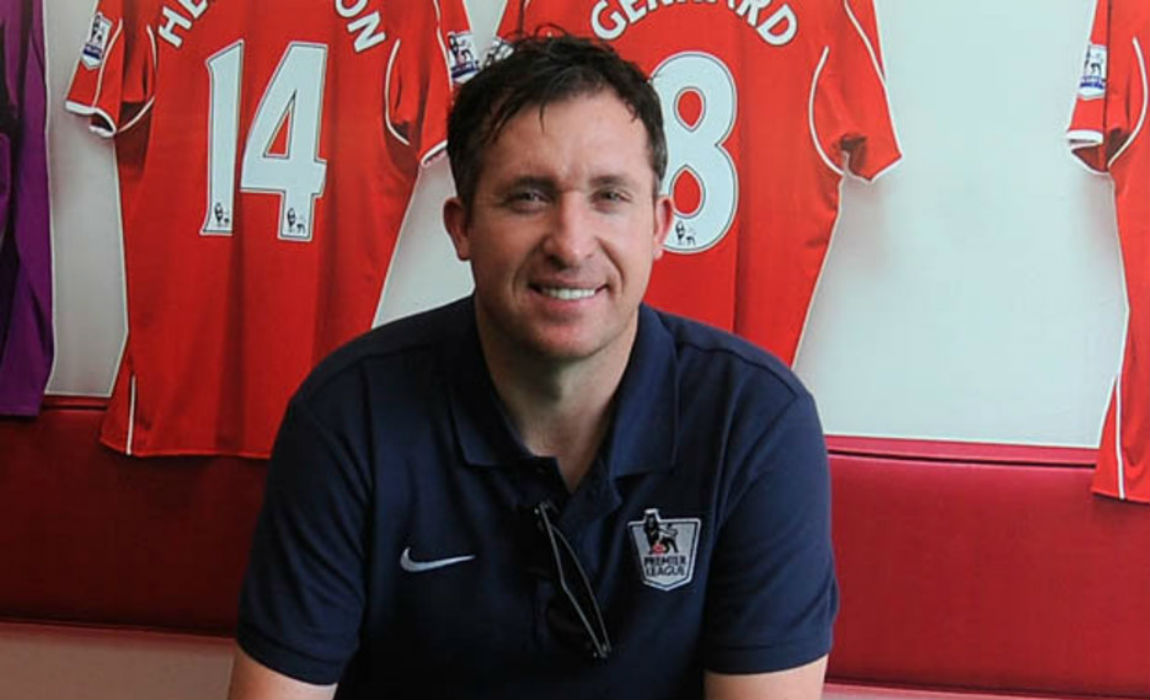 Fowler was joined on the tropical island of Hainan by former Liverpool teammates Luis Garcia and Gary McAllister together with Manchester United legends Paul Scholes, Dwight Yorke, Lee Sharpe and David May. 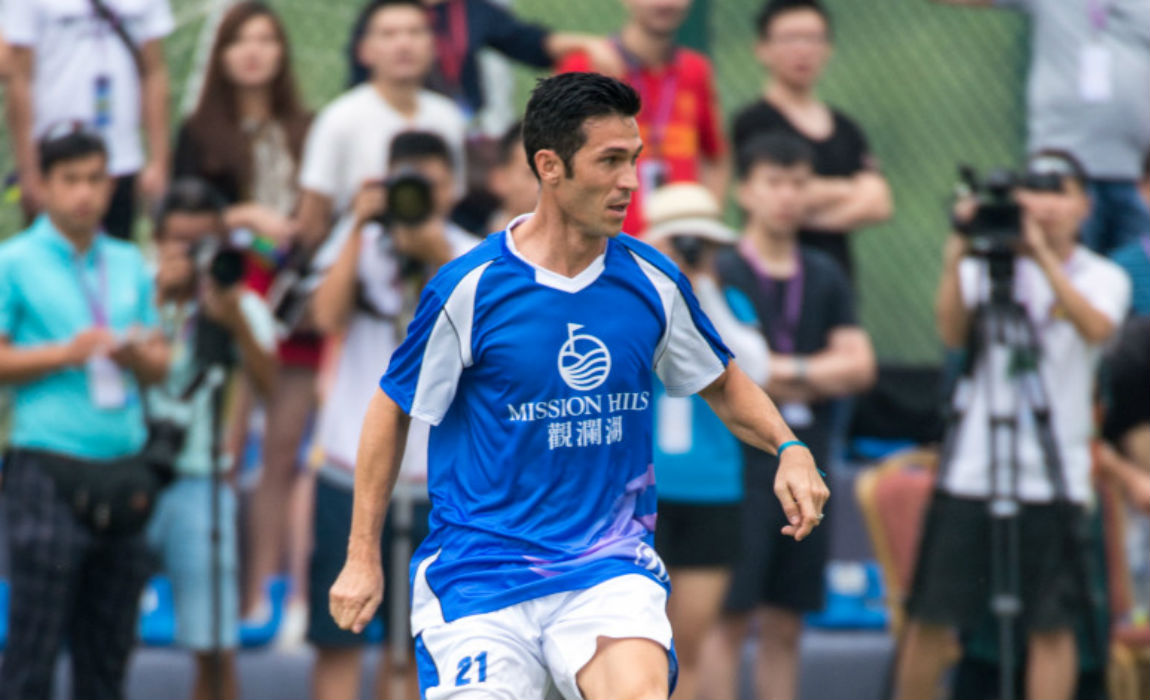 Having competed for the inaugural World Legends Cup alongside a selection of local players, the stars were unanimous in praising the new 640 million yuan (about 95 million US dollars) training facility and predicting a bright future for Chinese football. 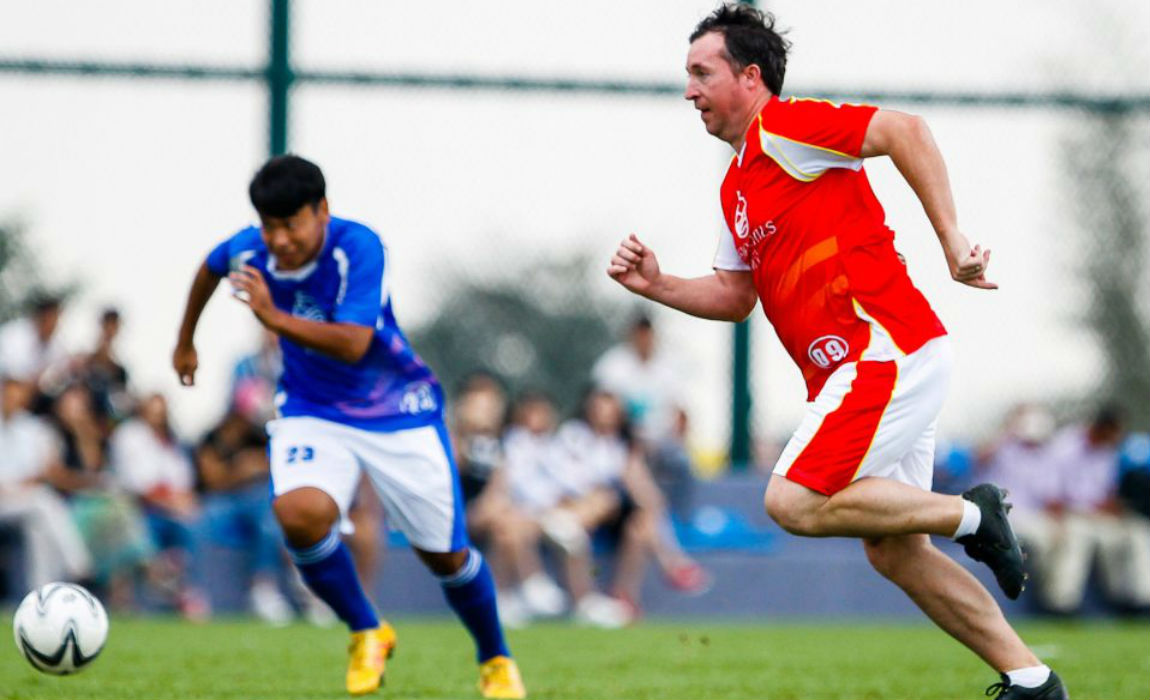 “I think football will definitely grow here,” said Fowler. “It’s a country of a billion people so there’s bound to be some great players out there. With the concept here at Mission Hills, building all the pitches and getting football teams here, it might not be long before we see real top-class Chinese players.”

Scholes was also upbeat about the future for the sport in the country: “China football will benefit from the European players coming to play here in the Chinese Super League. For young people growing up watching these special players, it will give them more motivation to improve and be dedicated to practice.” 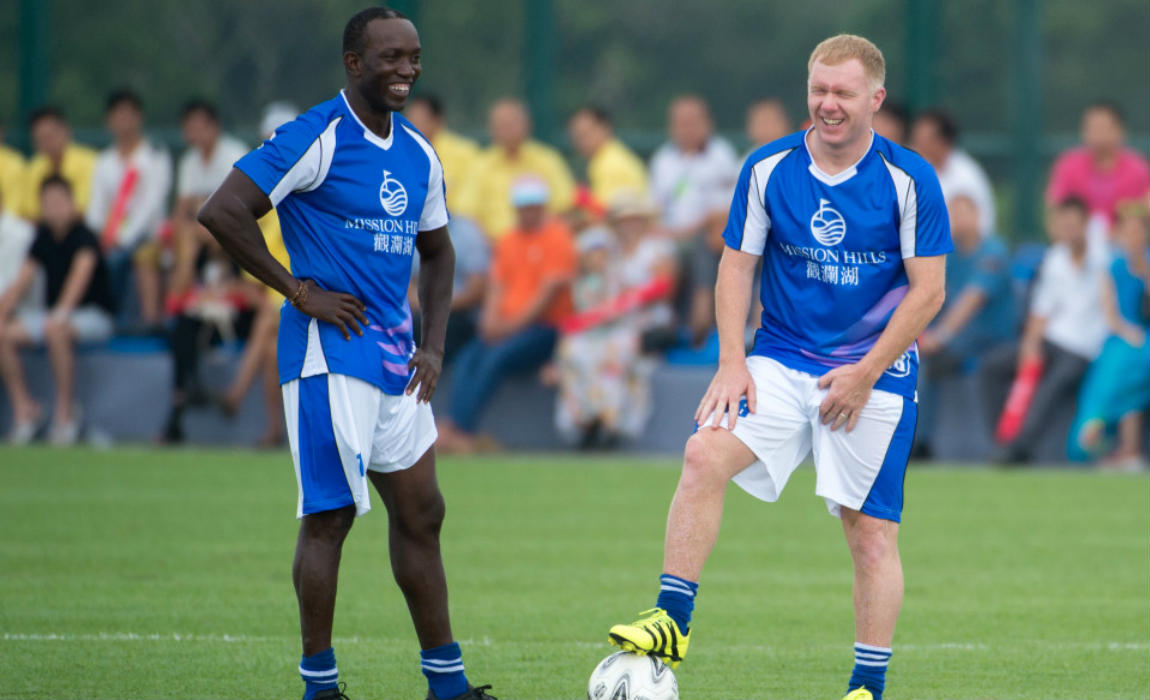 The impressive new Mission Hills Haikou Football Training Base spans a total of 350 square kilometers. With five full-size pitches and player accommodation already in place, the next phase will take the facility up to a total of 20 full-size pitches – six of them floodlit – plus a 1,000 square metre gym, a state-of-the-art medical center, a canteen, three changing rooms and 20 indoor classrooms. 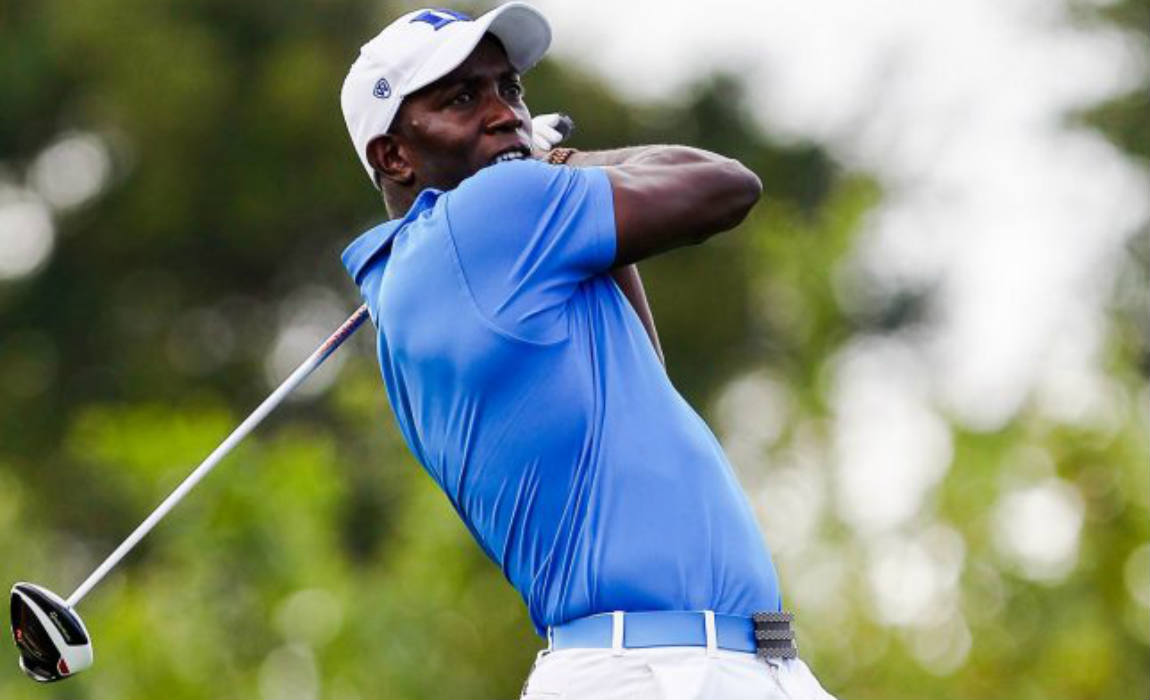 “Our aim is to help popularise football, a sport which is part of the Chinese dream,” said Dr Ken Chu, Chairman and CEO of the Mission Hills Group. “We chose Hainan for our Football Training Base because of the year-round weather, especially during the winter. It has been designed and built for players of all ages and abilities, from professional teams to amateur and youth organisations.”

Having displayed their legendary skills on the pitch, the football stars will now be turning their attention to golf, as they prepare to compete in the 2016 Mission Hills World Celebrity Pro-Am on Oct. 22-23. 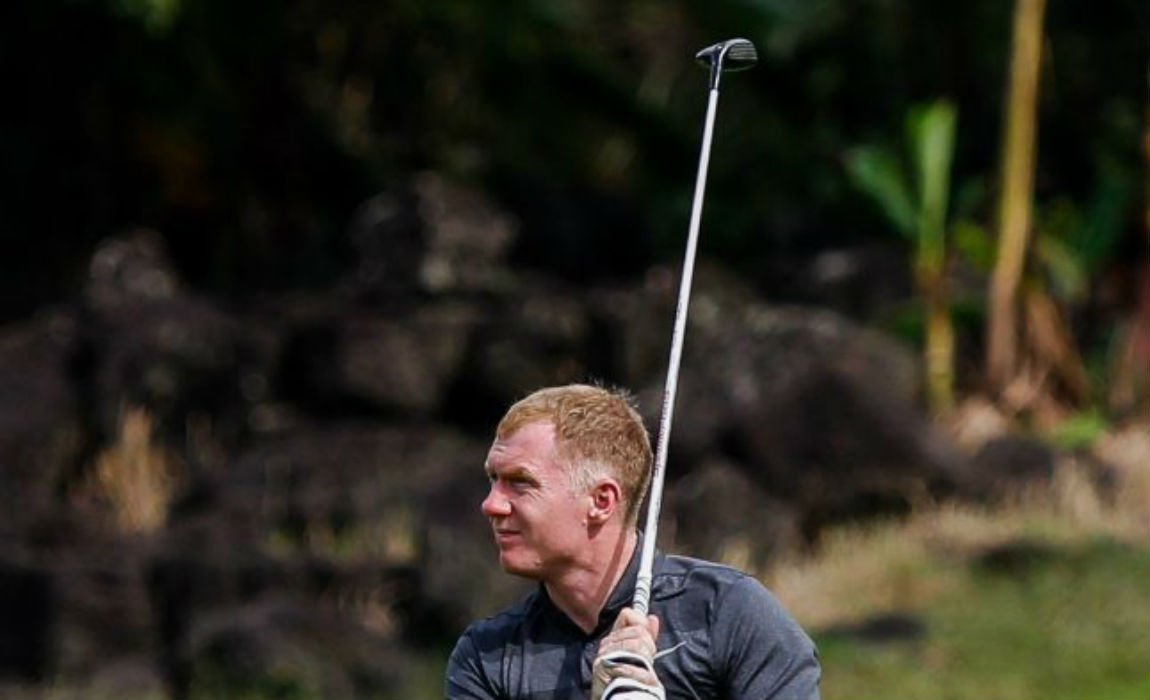 Also in Hainan for a week of golf and glamor are Hollywood stars Michael Douglas and Jeremy Renner, Wimbledon champion Boris Becker and basketball Hall of Famers Allen Iverson and Yao Ming.

These iconic athletes and entertainment stars will be gracing the fairways of the signature Blackstone Course at Mission Hills Haikou alongside golfing greats Gary Player, John Daly, Mark O’Meara and Rich Beem – winners of 14 Major Championships between them – plus an equally impressive foursome of LPGA stars Paula Creamer, Natalie Gulbis, Suzann Pettersen and Anna Nordqvist.

Local favorite Li Haotong, winner of the European Tour’s Volvo China Open earlier this year, will make up the field of nine elite golfers who will be competing over two rounds of individual stableford for a prize purse of 1 million dollars – with 250,000 dollars going to the winner. The golfers will also be playing alongside their celebrity partners in a separate bid for the team title.

The biennial Mission Hills World Celebrity Pro-Am was established in 2010 as Asia’s first and only pro-celebrity golf tournament. 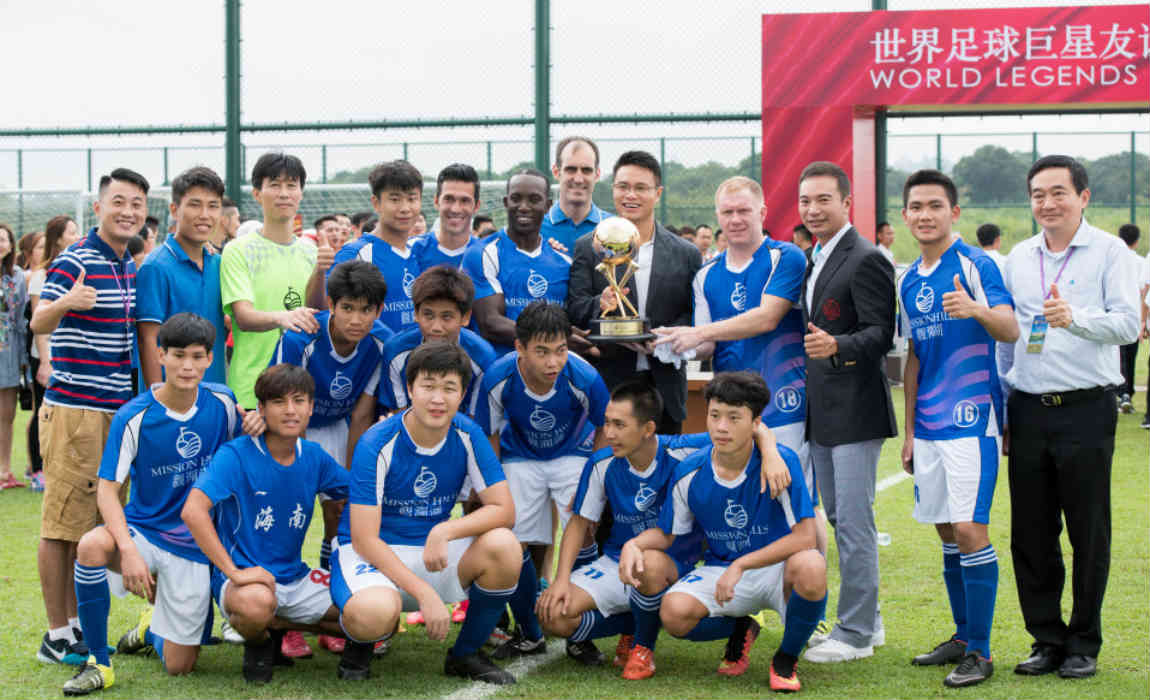 This sporting and entertainment extravaganza – which reaches more than 26 television channels in Greater China and over 200 countries and regions worldwide – aims to popularize golf in China whilst also promoting Hainan Island as a tourist destination and supporting local charities.  Proceeds are being donated to The Nature Conservancy and the Hainan United Youth Association.