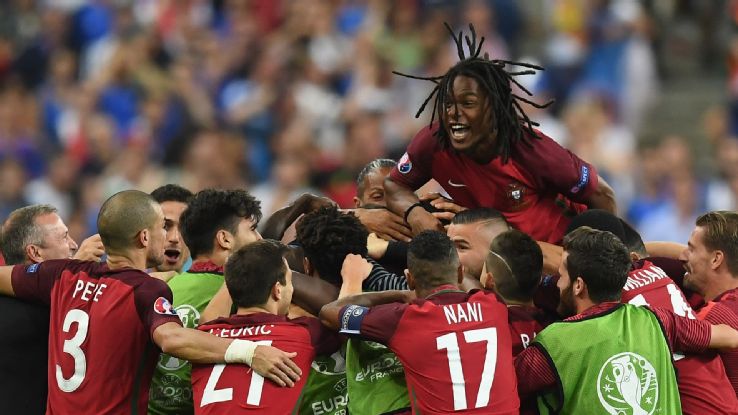 Portugal on Thursday omitted from their Rio Olympic football squad each of the six pre-listed players who took part in the national team’s European 2016 triumph.

The squad was named just four days after Portugal defeated hosts France on penalties to clinch their first ever major title.

Rui Jorge’s 17-man list includes seven players who took part in Portugal’s Euro under-21 campaign last year, in which they finished runners up.

Among them are Manchester United’s Bruno Varela and LIverpool’s Tiago Ilori.

Portugal will play their first match of the Rio Games against Argentina at Rio’s Engenhao stadium on August 4.