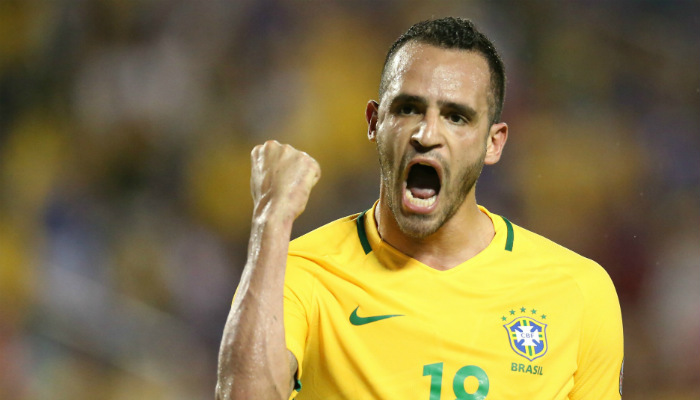 Renato was named in Brazil’s final 22-man squad after personally telling coach Rogerio Micale of his desire to participate in Rio de Janeiro, the Brazilian football confederation (CBF) said in a statement on Thursday.

Costa was omitted after failing to recover from a thigh strain that forced him out of last month’s centenary edition of the Copa America in the US.

“I want to thank Walace for quickly responding to his call-up and Renato Augusto, who put himself at the disposition of the coaching staff,” Brazil team coordinator Erasmo Damiani said in the statement.

Renato has made 14 appearances for Beijing Guoan since joining the Chinese Super League club from Corinthians in January.

The 28-year-old former Bayer Leverkusen man has kept his place in Brazil’s national team, having employed his own personal trainer to gain a physical edge while in China.

Brazil will be vying for their first ever football gold medal at an Olympic Games in Rio.

They will begin their campaign against South Africa in Brasilia on August 4 before also meeting Iraq (August 7, Brasilia) and Denmark (August 10, Salvador) in the group stage.