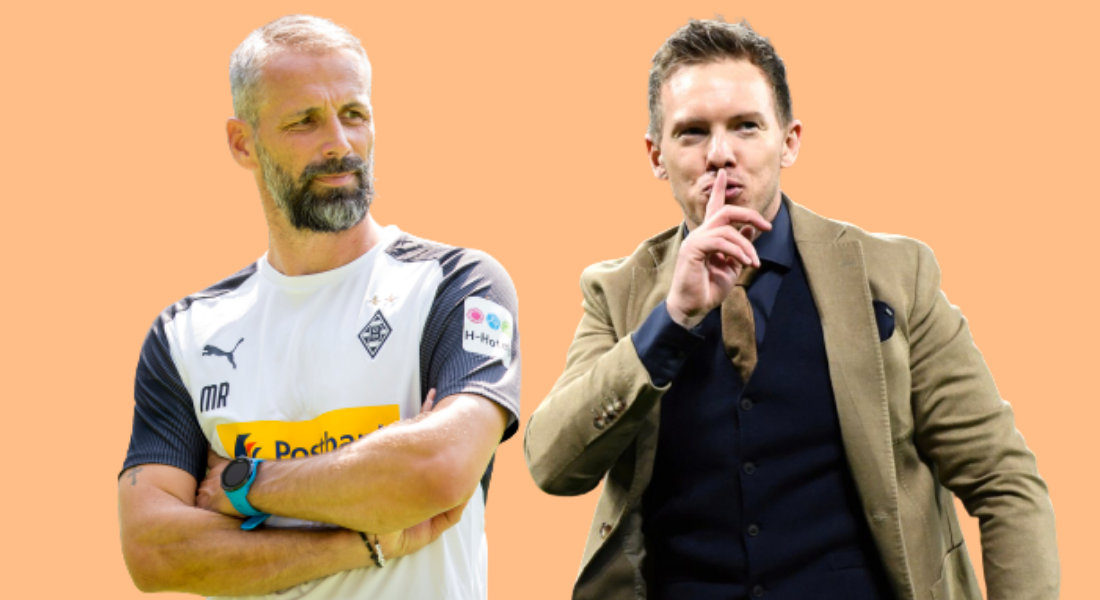 RB Leipzig currently sit 2nd in the Bundesliga only two points behind Bayern Munich, who will be looking over their shoulder and would be hoping that Borussia Monchengladbach can act as a stumbling block for the Red Bull side.

Borussia Monchengladbach on the other hand would be gunning for a win against RB Leipzig, as Marco Rose’s side is hoping to break into the european places in the league as they currently sit 8th, only 4 points behind 5th place Bayer Leverkusen.

RB Leipzig and Monchengladbach recently lost to English opposition in the Champions League. Their priority should be the Bundesliga now as it is highly unlikely that they will be able to pull off a comeback against Liverpool and Manchester City in their second legs respectively.

RB Leipzig have blown hot and cold this season, but go into this match against Mochengladbach as one of the form teams in the Bundesliga. Julian Nagelsmann’s side has won 4 matches out of the previous 5 fixtures. Their most recent loss came against Mainz in the league in January, where they were defeated 3-2 by the home side. RB Leipzig have not been at their attacking best after Timo Werner’s departure, as no Leipzig player has been able to score more than 5 goals in the league.But in the absences of a 20 goal a season striker RB Leipzig can boast the best defence in the league as they have only conceded a mere 18 goals in the League.Seemingly the side from Leipzig can become Champions of Germany this season, specially if  Bayern Munich’s current form does not improve . RB Leipzig would be looking to continue their form to maintain the pressure on Bayern Munich and a win against Mochengladbach would be a must for Julian Nagelsmann’s men.

"We will head to Berlin in good spirits. We have a good record there, plus we can keep the pressure up on Bayern and perhaps move away from the chasing pack."

Marco Rose’s Borussia Monchengladbach side have disappointed this season, after last season’s brilliant ending. Last season they managed to finish in the top 4 slots in the Bundesliga,unfortunately Monchengladbach’s attacking approach has yielded only a few favourable results this season.Borussia Monchengladbach have only won a single game out of their last 5 fixtures. Their most recent defeat came against Mainz too, who were able to sneak past Marco Rose’s side at home with a 2-1 victory.  Monchengladbach have been in sublime attacking form this season as they can take pride in the fact that they have only scored 2 goals less than RB Leipzig, who are currently 14 points ahead in the League. Marco Rose would be hoping that his Monchengladbach side can turn their form around and a win against RB Leipzig would be the ideal way to start. Monchengladbach also boast the best win ratio against the top 4 of the Bundesliga, and have managed to take points off of oppositions who are above them in the league .Their win against RB Leipzig earlier in the season will also surely boost their confidence.

RB Leipzig go into this match with a few integral players out injured. Konrad Laimer and Dominik Szoboszlai and Emil Fosberg are out injured and won’t be available for this match against Monchengladbach. Nagelsmann has used different formations against different teams to exploit space in certain matches. We see Leipzig deploying a 4-2-3-1 formation against the Foals. RB Leipzig’s most probable line up for this game is going to be made up of- Gulasci,Mukiele,Orban, Upamecano,Angelino, Haidara, Adams,Sabitzer,Nkunku, Olmo and Poulsen.

Monchengladbach dive into this match with only one player from the starting eleven missing, Mamadou Doucoure. Much like Nagelsmann, Marco Rose has also experimented with a lot of different formations this season. Marco Rose would look to deploy his trusted 3-5-2 in this game. Monchengladbach’s most probable lineup for this game consists of- Sommer,Bensebiani, Elvedi,Ginter,Lazaro,Neuhaus,Stindl, Zakaria,Hoffmann,Thuram and Plea.

A shining light for RB Leipzig in attack this season has been Angelino, who has been exceptional for them on the left side of a back four/five or a midfield four. He has scored 4 and assisted a further 6 goals in the league this season. The Spanish full-back is loving life under Nagelsmann and has become one of the first names on the team sheet in Leipzig. Borussia Monchengladbach would be looking to hinder Angelino’s form and would hope that he has an off day when they come to visit RB Leipzig. Dani Olmo is also one player who is seemingly delivering on his promise this season. Olmo has the best assist numbers in the RB Leipzig squad with 7, and his creativity can prove to be decisive against Monchengladbach.

Monchengladbach have one of the most potent attacks in the league and a lot of it can be attributed to veteran Lars Stindl and Jonas Hoffmann. They have a combined total of 30 goal contributions in the league this season. Stindl and Hoffmann’s all round attacking play has really allowed Monchengladbach to play freely their creativity and knack of being in the right place at the right time has been an integral tool for them this season. Florian Neuhaus also deserves a mention as the German international is having a proper break out season this year and already has 8 goal contributions in the league from the middle of the park.

We predict an extremely open and attacking game, specially due to the managers of RB Leipzig and Borussia Monchengladbach, as they both look to press high and attack with precision in numbers.

We at Foottheball predict a 1-0 win for Nagelsmann’s RB Leipzig against Borussia Monchengladbach, with both teams creating numerous opportunities but we see Leipzig’s solid defence pulling them through in this game.