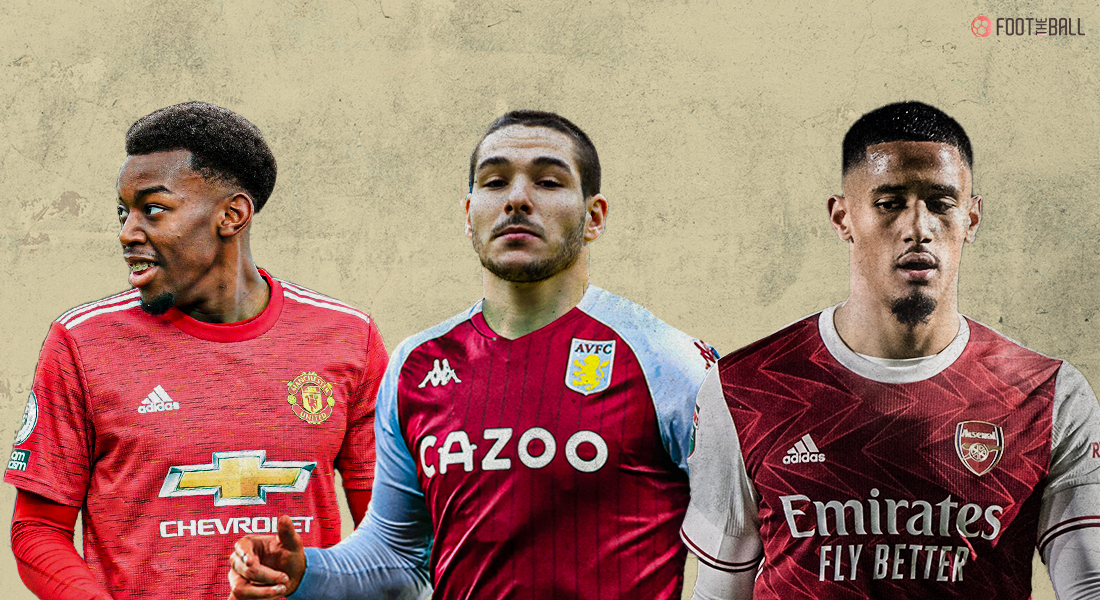 It won’t be long before the focus switches back to domestic football and Premier League fans will be excited to see their teams back in action.

Last season was such a unique year, but as it always does, it threw up some star players who are going to be big stars in the Premier League over the next few years.

Here is a look at three players who could breakthrough in the 2021/22 campaign.

Manchester United-21 striker Anthony Elanga was given a couple of starts in the Premier League last season, including in the final game of the season where he scored against Wolves.

The Swedish forward is highly regarded at Old Trafford and he could be given a much bigger role with the senior team next season. Manager Ole Gunnar Solskjaer has not been afraid to give young players a chance on his side. Mason Greenwood is a fine example of that.

Elanga certainly does not lack any confidence for his age. He had a fantastic season for the under-21s and he has continued that for the Sweden under-21 team, scoring a superb goal against Finland in a 2-0 victory.

The United academy graduate signed a new contract back in March. He has all the attributes needed in his position: an eye for goal, electric pace, and is strong with the ball at his feet. With so many games now in a season, there should be opportunities for Elanga to impress in the Premier League.

Aston Villa were one of the surprise packages in the Premier League last year, and they could still build upon that next season. They have just broken their club-record fee for a player to bring in Emiliano Buendia from Norwich.

The Argentine player was excellent in the Championship last season but he will need to prove himself in the Premier League. Some pundits have raised their eyebrows about the fee the Villains have paid for the player, but it could be money well spent.

Buendia scored 15 goals in the Championship last season. He was a key part of Norwich’s success in winning the title and making an immediate return to the top-flight. The former Canaries man was named as the Championship Player of the Season.

This will be Buendia’s second shot at the Premier League. He scored just one goal in 36 appearances two seasons ago. When you look at that record, he hardly stood out in the league, but, then again, his side finished bottom of the table and struggled to compete.

In this Aston Villa team, Buendia should shine. They not only have good players in the middle of the field, whose job it is to drop deep to give the attacking player the freedom to run at opponents, they also have some excellent strikers like Ollie Watkins. Their new winger will be looking to supply those players. Aston Villa could be outside shots to qualify into Europe next season.

Arsenal splashed out £27 million for defender William Saliba in July 2019. The Frenchman has yet to feature for the senior team in a competitive game. He has been out on loan at Nice over the last six months where he has picked up some vital experience.

Saliba has now returned to North London and he is sure to be fighting for a spot in Mikel Arteta’s starting XI next season. The Gunners obviously saw a lot of potential in the defender and will be hoping he proves to be a regular in their team.

Those who followed Saliba’s progress at Nice will have been impressed with his performances. The former Saint-Etienne man knows Ligue 1 very well so he is comfortable in the league. The true test of his ability will come in the Premier League.

Arsenal have been linked with a centre back this summer, with Brighton’s Ben White thought to be on their radar. Saliba would benefit from playing alongside an experienced defender, especially someone like White who has played a lot of Premier League football.

If Arsenal are to break back into Europe, their performance will need to improve next season. Arteta may be prepared to give some of the younger players in his squad, like Saliba, the chance to impress. They could only finish eighth last season and that was with a lot of older players in his squad, such as Willian and David Luiz.

The 2021/22 Premier League season begins on August 14. Manchester City are the defending champions and will be looking to retain their trophy next Ma.