The summer transfer deadline window saw some epic last minute moments for the Premier League while the chatter is still on across Europe for the rest of the leagues.

The clubs and their fans alike, know how vital this period is in shaping the upcoming season. From Barcelona’s controversial signing of Antoine Griezmann to Real Madrid’s huge spending spree, which finally saw them signing Eden Hazard. From the coveted young Dutch talents (Frenkie de Jong and Matthijs de Ligt) finding a new home after a breakout season, to displeasure of the two Brazilian superstars (Philippe Coutinho and Neymar Jr.) in their current homes. This transfer season has created its fair share of buzz and excitement.

After a remarkable last season in the Champions League and the Europa League, it comes with no surprise that the English teams would splash big in order to keep its status among Europe’s elite. Here are the top 5 transfers (so far) to look out for in the Premier League.

After a difficult stint at Monaco, which led to the club loaning him to Leicester City on 31st Jan, 2019, Youri Tieleman, one of Belgium’s top young prospect has made the decision to make King Power his permanent home after a club record fee of £40 million. Tieleman’s scored 3 goals in 13 appearances for the club last season, on the back of a successful World Cup campaign for Belgium. With the addition of Ayoze Perez and the presence of Jamie Vardy, the Foxes have made sure to provide the visionary box to box midfielder with capable finishers in and around the box. Under Rodgers, Tieleman has the capability to fill the creative void left behind by Riyadh Mahrez when the talisman left for Manchester City. The Foxes have splashed huge this summer in order to get back into Europe’s elite competition which should be their primary objective the coming season.

After retaining the Premier League and being the first English team to ever win a domestic treble, it’s hard to believe that Pep’s City can get any better. However, it was apparent from last season’s busy schedule that Pep needed reinforcement in certain positions, if his City wanted to make a deep run in all four competitions. The signing of Cancelo from Juventus for £27.4 million + Danilo is the indication of the club really wanting to win the Champions League after watching rivals Spurs and Liverpool play in last season’s final in Madrid. The 25 years old has made it known that he is aware of the stiff competition from Kyle Walker but has also stated in his press conference that he can fill up other positions as well, if needed. It’ll be interesting to see the line-up Pep puts forward in each of the four competitions and whether or not they can win the most coveted prize in European football.

Aaron Wan Bisaka, a product of Crystal Palace’s academy was Ole Gunnar Solskjaer first major signing of the summer. Fresh off of being Palace’s Player of the Year, the 21 years old commanded a hefty fee of £50 million. United started really well under Solskjaer, which got him the full time contract. But, a lack of clear direction was visible in tail end of United’s season. An ageing defence coupled with lacklustre performance from marquee players in Pogba, Lukaku and Sanchez and the failure of Rashford and Lingard to take the next step, meant United needed to splash big this summer. Getting back into the Champions League should be their priority the coming season as they are still behind City and Liverpool, who are the favourites to win the league. United are still trying to find their identity post Ferguson era and the signing of the right back is a step in positive direction. 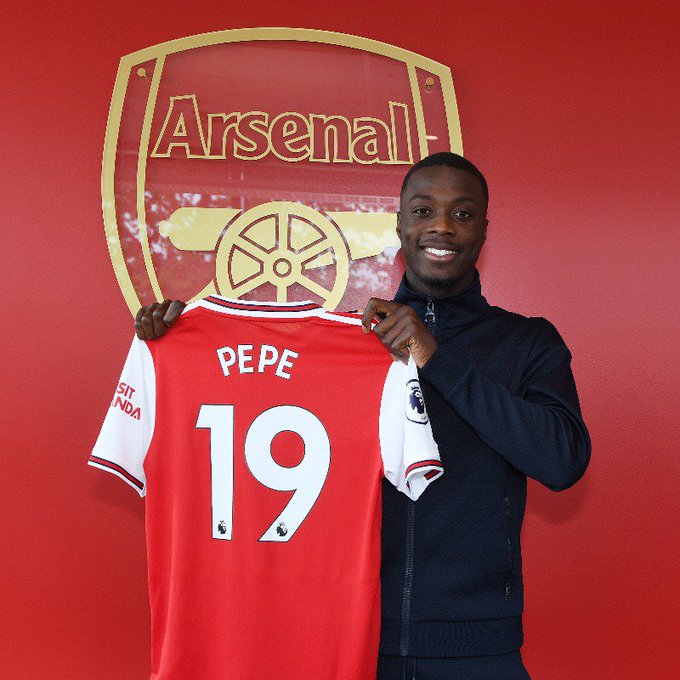 Arsenal’s first season post Wenger era was a mixed bag. Unai Emery’s side failed to qualify for Champions League after losing the Europa League Final to city rivals Chelsea. Unai Emery said the club is looking to sign “very big, very expensive players” and the 24 years old Winger became the club’s record signing for a whopping £72 million. The winger had a remarkable season for Lille, scoring 22 goals and 11 assists, which garnered a lot of attention from the likes of Liverpool and Barcelona. However, Unai Emery managed to get the signature of the Ivorian. Arsenal fans should be hoping for Pépé to form a lethal  partnership with the likes of Aubameyang and Lacazette and secure a top 4 spot at the end of the season.

The saga of Harry Maguire to United is finally over as United have managed to sign their long time target for a whopping £80 million. This means that the Englishman is now the most expensive defender of all time, eclipsing Virgil van Dijk’s £75 million fee. The England’s centre back had a remarkable 2017-18 season followed by impressive outings in the World Cup. This made Maguire the subject of several transfer rumours last season, linking him to United and their rivals City. With United in dire need of a Centre half to replace Smalling and Phil Jones, the expensive signing of Maguire displayed the club’s desire to be considered among Europe’s top teams again. Whether Maguire will justify the price tag like Van Dijk did for Liverpool, that will depend on if United can make a case for itself as legitimate title contenders.