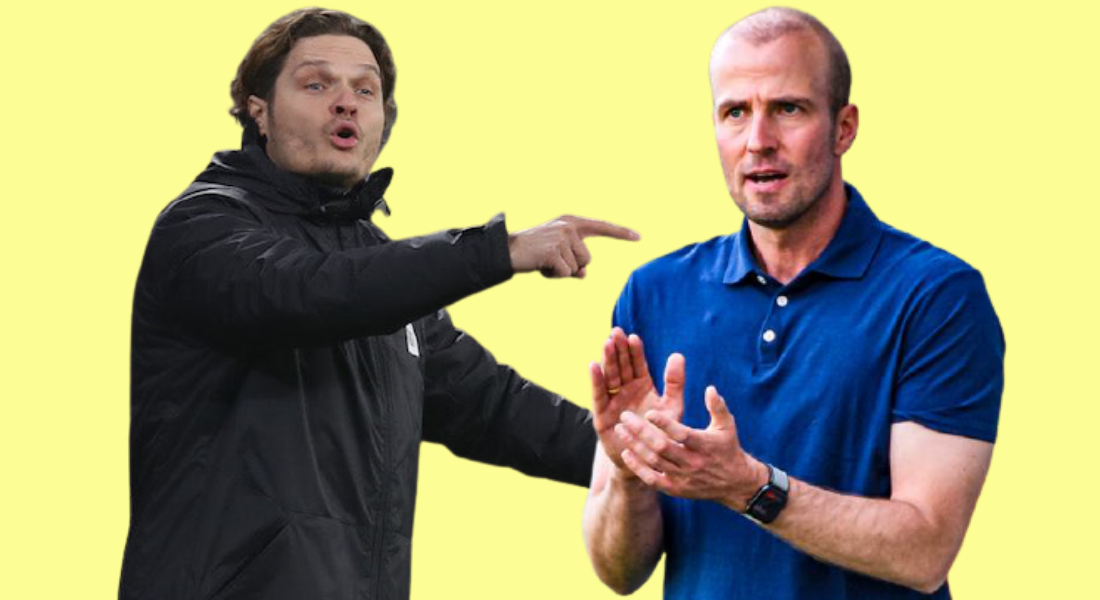 In this extraordinary season every league has seen ups and downs, new leaders or competitors emerge. However, in the Bundesliga Bayern have been formidable again, while the rest of the pack has reshuffled as Frankfurt and Wolfsburg find themselves sitting in the Champions League spots.Dortmund are set to host TSG Hoffenheim on the 13th of this month.

Dortmund sits just outside of the European spots, 4 points behind Frankfurt who sit in 4th place, Dortmund sit 6th in the table, after what is turning out to be a transitional and treacherous season for them.

TSG Hoffenheim sit 12th only 5 points clear of the Bundesliga relegation play-off places, and seemingly look safe but would be looking to cause a few upsets before the end of the season. 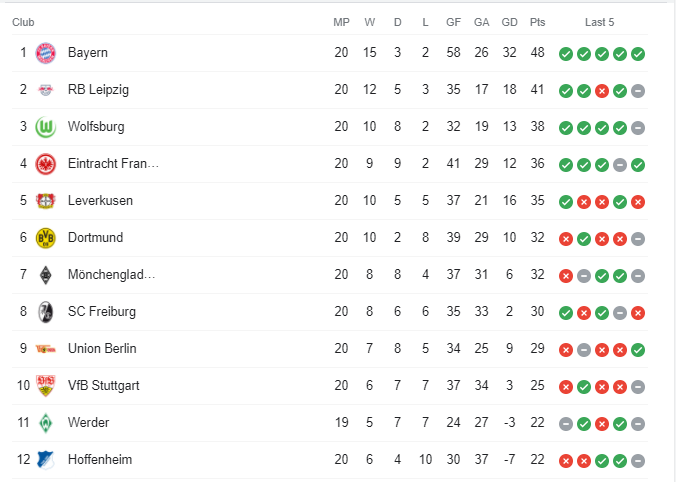 Edin Terzic stepped in as Dortmund manager , after Lucien Favre’s sacking , Dortmund’s form has been inconsistent in fact they have only won a single game in the last 5 games, losing 3 and drawing 1. Their most recent defeat came in their previous fixture against Freiburg, where they lost 2-1 despite dominating the game. Edin Terzic’s Dortmund will be looking to stop this free fall they are in against TSG Hoffenheim, who lost 1-0 Dortmund earlier this season. The previous win against TSG Hoffenheim was Dortmund’s first win against them in 5 games.  Dortmund would be looking to find some form and consistency as they look to do a double over TSG Hoffenheim this season. BVB would love to use TSG Hoffenheim as a platform to revive their campaign so that they can stay in the hunt for the European spots. The Dortmund attack has been its usual potent self but their defence has been abysmal for a team with European aspirations. Terzic would be hoping that his team can finally stop leaking goals, a trend he would like to put a stop to against TSG Hoffenheim.

“There isn’t always one answer to remedy certain things and mistakes. We work with people, not with machines. We work every day in training to bring the best possible performance to the pitch." pic.twitter.com/DnmOTHUq1V

TSG Hoffenheim, under Sebastien Hoeness have had the odd surprise result here and there this season, but are way off the pace especially compared to last year when they managed to finish in the Europa League spots. TSG Hoffenheim have similar problems to Dortmund as they have a pretty coherent attack that heavily relies on one player. TSG Hoffenheim have won 2 games, drawn 2 and lost only 1,in their last 5 fixtures. Their last game saw them comprehensively get defeated, 3-1 at the hands of Frankfurt. Hoeness would be hoping for a reaction from his players and his TSG Hoffenheim team would be looking to add to Dortmund’s woes, which they have done with considerable success in the past. A win against Dortmund, would see TSG Hoffenheim leapfrog into the top 10, banishing every chance of them being pulled into a relegation scrap.

Both teams have had their fair share of injuries this season, which has become one of the main reasons Dortmund and TSG Hoffenheim both have struggled to be consistent this season.

Dortmund do have something to smile about though as they see Thorgan Hazard return to full fitness and will definitely feature in the matchday squad. But Dortmund still have some very important players who are out with serious injuries. Burki, Axel-Zagadou,Schmelzer and Witsel, are unavailable for the match against TSG Hoffenheim due to injury. The most probable line-up of Dortmund for this match consists of Marwin Hitz,Emre Can,Matt Hummels,Manuel Akanji,Raphael Gurreiro,Thomas Delaney,Giovanni Reyna,Maro Reus,Julian Brandt,Jadon Sancho, Erling Braut Haaland. Dortmund will look line-up in 4-1-4-1 or 4-2-3-1.

A sight for sore eyes 🤩🔟 pic.twitter.com/dht7PWwPZy

TSG Hoffenheim have a lot of defensive injuries, due to which they were forced to sign Chris Richards from Bayern Munich on loan to add some much needed depth in the defensive third.

unlucky result but happy to have made my debut for @tsghoffenheim next week we are coming for the 3 points 🤝 #ykn pic.twitter.com/kBdg7Ux76A

The likes of Akpoguma,Hubner, Bickicic, Stafylidis,Geiger and Skov are out for the game against Dortmund due to various injuries. Skov and Geiger, are two players TSG Hoffenheim have missed dearly this season,especially Skov whose versatility and set-piece taking ability was an essential component to their success last season. Hoeness would look to deploy his most trusted formation the 3-5-2. The most probable line-up for TSG Hoffenheim against Dortmund consists of Baumann, Posch, Vogt, Richards, Gacinovic, Rudy, Samassekou, Baumgartner, John, Bebou and Kramaric.

The stand out performer for Dortmund this season has been Erling Haaland, who has scored 13 goals this season and is currently 3rd in the scoring charts of the Bundesliga. Sancho is another player who has come into a bit of form recently and has about 12 goal involvements in his last 10 games. Both Haaland and Sancho , would be the ones to look out for Dortmund in the game against TSG Hoffenheim, as they have been the driving force for Dortmund this season as the rest of the squad is going through a bit of a slump.

Say his name WITHOUT saying his name 👇 pic.twitter.com/8XxsuCVJA1

Over the last 3 seasons Kramaric has been the Talisman for TSG Hoffenheim and would surely be looking to overtake Haaland in the scoring charts as he has scored 13 goals in the Bundesliga this season. Although Kramaric is the obvious choice for the player to look out for in this TSG Hoffenheim side against Dortmund, Ihlas Bebou has come into a bit of form and is looking to continue his recent scoring form. Bebou would be looking to shoulder the responsibility with the mercurial Kramaric in this game.

This game will showcase two of the best attackers in the German top-flight in Haaland and Kramaric, who have been carrying their sides this season.

The FootTheBall team predicts a close game with a lot of attacking firepower on display and since both Dortmund and TSG Hoffenheim have leaky defenses this season, we can expect goals out of this game. We think the game would end as 2-2 draw, with Haaland and Kramaric grabbing a goal each and it would be an entertaining match, don’t you agree?