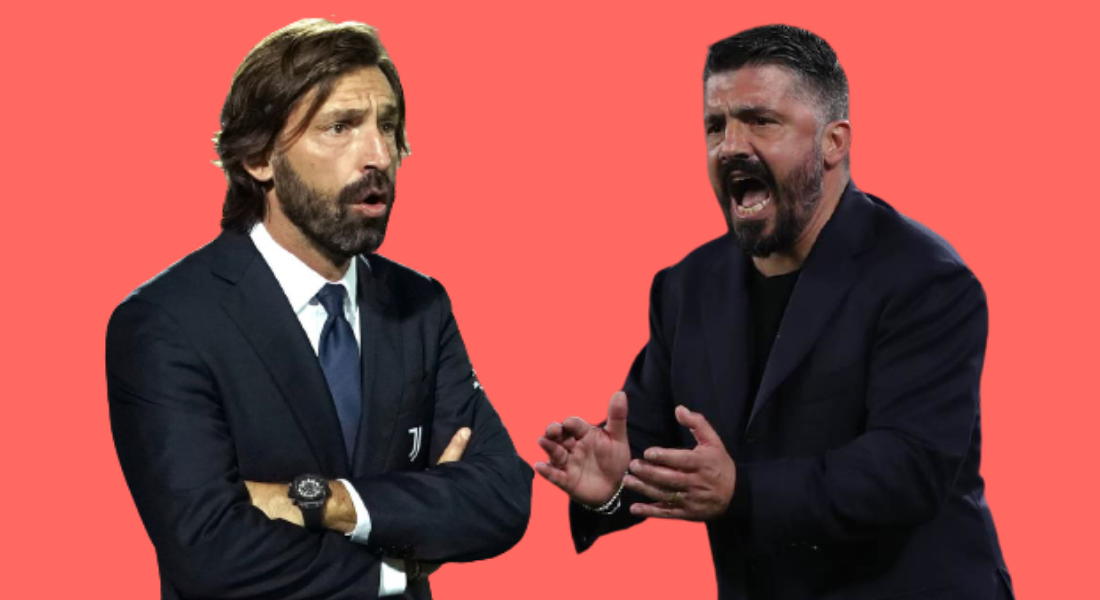 There will be fireworks when Napoli and Juventus go head to head at Stadio Diego Armando Maradona in the Serie A matchday 22, as both sides aim to collect all three points and boost their chances of finishing in the top-four this season.

Both Napoli and Juventus have been in action in mid-week, playing their Coppa Italia semi-final reverse fixtures against Inter and Atalanta respectively. They will both then return to European duties next week.

Gennaro Gattuso and Andrea Pirlo – former AC Milan team mates are both desperate for a victory as they bid to close the gap on the teams above them, including their old club.

The Neapolitans aim to bounce back from a shocking 2-1 loss to Genoa, and would be itching to go all guns blazing at Juve.

The hosts are currently just three points adrift of fourth-placed Roma, but crucially Gennaro Gattuso’s side have a game in hand.

Napoli were a side expected to be challenging for the title when pundits made their predictions back in pre-season, but the locals failed to live up to expectations.

They started this week down in sixth place having won 12 and drawn one game of their first 20, but are only five points short of the third-placed Juventus who would suffer a massive blow to their title-defence ambitions with a failure here at Stadio Diego Armando Maradona.

The Bianconeri, on the other hand, are eyeing their fourth consecutive win in the Italian top flight. Andrea Pirlo’s men are determined to defend their trophy.

Juventus have dominated Italian football over the last decade and most football fans expected them to tighten their grip this season. The Old Lady start the week in third place with 42 points on the board, trailing leaders AC Milan by six points and five behind Inter Milan in second.

Juventus like Napoli have played just 20 Serie A games this season. The reverse fixture between these sides ended in an automatic 3-0 victory for Juventus after Napoli failed to turn up for the clash in Turin, but that decision has since been overturned, and the fixture will go ahead at an unconfirmed date later this season.

Juventus also lead the head to head tie by 12 wins going into the 51st clash against I Partinopei.

The Bianconeri take on Porto in the first leg of the UEFA Champions League last 16 round clash against Porto, while I Partinopei take on Granada in the last 32 round of Europa League on Thursday.

Despite the congested schedule, we don’t expect too many rotations from the managers here. Both Gennaro Gattuso and Andrea Pirlo will need their key players as this is a very important match that could play a massive impact on the Serie A standings at the end of the season.

For Napoli key defender Koulibaly has been tested positive for coronavirus, while Manolas, Faouzi Ghoulam and Mertens remain in the treatment room.

Andrea Pirlo should have a full squad to choose from as both Aaron Ramsey and Paulo Dybala have recovered from their respective injuries.

Matteo Politano has hit some good form recently, netting three goals in his last four Serie A appearances while also being on target in the Coppa Italia.

Gattuso has an embarrassment of midfield riches at his disposal, but Piotr Zielinski is arguably his most important player in the middle third. The 26-year-old Poland international has racked up more minutes in Serie A than any other Napoli midfielder this season (1221) and will be key if the hosts are going to pull off a shock result against the reigning champions.

Zielinski’s industry should do most of the heavy lifting, putting in the hard yards, so the more creative Hirving Lozano and Lorenzo Insigne can focus solely on their attacking duties and ask questions of Juve’s backline.

Cristiano Ronaldo has scored more than three times the number of goals any of his team mates have managed so far this season in Serie A. The Portuguese forward has 16 in 17 games and well over 20 in all competitions.

The triple loan swoop of Federico Chiesa, Alvaro Morata and Weston McKennie has proven a masterstroke by Pirlo, with the trident collectively acclimatising fluidly to Pirlo’s system and assimilating his ideas.

So far, Chiesa is Juve’s second-highest scorer with five Serie A goals and third-highest creator with three assists.

Both teams know this is a must-win match if they are to keep the pressure on the leading two teams from Milan. There’s still plenty of life in this campaign but a loss here would knock one side off-course.

Napoli are capable of beating anyone on their day but they’ve already had way too many unexpected slip-ups this term. One such happened last weekend when Gattuso’s men fell 2-1 away at bottom-half Genoa.

The Partinopei have thus won just two of the last six games in all competitions. It is not the kind of form you want to have going head to head with the reigning champions.

They aren’t out of the title race just yet, although qualifying for the Champions League is looking like the readjusted target for Napoli right now. However, three points on Saturday would reignite their hopes of claiming a first Scudetto since Diego Maradona was wearing the famous blue shirt, which would be poignant given the Argentine legend’s recent passing.