Kylian to kill it! 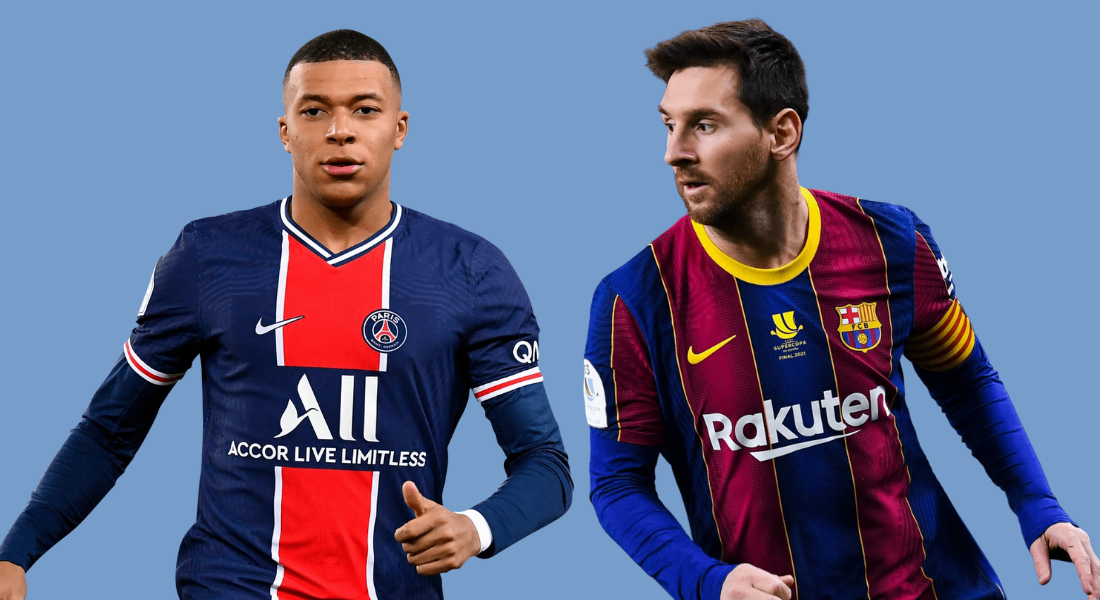 PSG welcome Barcelona in the second leg of the round of 16 in the Champions League, and would be hoping that ‘La Remontada’ does not serve as an inspiration for the Spanish giants as they look to overturn the 4-1 loss from the 1st leg.

Barcelona do have a new president at the helm for this tie as Joan Laporta’s 2nd stint will be kicked off by this highly anticipated clash with PSG.

The first leg in the Camp Nou was an utter disaster for Barcelona as a Kylian Mbappé led PSG romped to a 4-1 victory. The prodigious talent scored an astounding hat-trick.  According to many this signified the moment the torch was passed from Lionel Messi to the young Frenchman. Mbappé will surely go on to be one of the best players of his generation at this rate.

Barcelona under Ronald Koeman have been underwhelming this season, although their recent league form has been good. They have managed to not lose a single game in the last five fixtures but have drawn one.  Barcelona dispatched an Osasuna side 2-0 in the La Liga in their most recent fixture.

The likes of Griezmann, Pedri and Dembélé have found form in recent weeks but their lacklustre performances against  PSG in the 1st leg showcases how far the Blaugrana’s project is compared to the side from Paris.

Neymar will miss the 2nd leg against his former club again as he is yet to recover from his abductor injury. Ronald Koeman would be  praying that his Barcelona side could do a repeat of the historic comeback that was inspired by Neymar the last time they were stuck in a trench against PSG.

PSG have looked their dominant best this season and especially after Pochettino’s arrival they have looked like an even more coherent side.PSG go into this tie against Barcelona after thrashing Brest 3-0 in the Coupe de France. Although they did lose in Ligue 1 recently, their win at the Camp Nou is surely going to boost their confidence ahead of this game.

Our Parisians talk about the clash against Barcelona! 🎙️🔴🔵 #UCL| #PSGFCB pic.twitter.com/DtxAPX5FAV

In the absence of Neymar and Di Maria, Mbappé has taken his rightful place as the Talisman for the Paris side, something he proved again in the 1st leg between PSG and Barcelona. Moise Kean has also been showcasing his talents on loan at PSG.

He was vital in the first leg, although he will miss the 2nd leg at home due to injury his performances this season have been exceptional. Pochettino’s PSG will be looking to qualify for the next stage of the Champions League as Barcelona have seemingly given up on this tie.

PSG go into this match with important absences such as Neymar, Kean, Florenzi and Bernat.Florenzi might start this game, but his injury situation is not serious and is slightly uncertain.

Pochettino would look to deploy his most trusted 4-2-3-1 in this game.

Barcelona on the other hand go into this match with a depleted squad  with considerable injuries. Araújo, Pique, Roberto and Coutinho are out with injuries and are unavailable for this game.

Ronald Koeman would have to adjust his team due to injuries. The Dutch coach will most likely deploy a 3-4-3 against PSG in the 2nd leg.

PSG would be looking towards their 1st leg hero Mbappé in this match too and rightly so. The French attacker has arguably been one of the best players in the world this season. He would be hoping his ‘shark-like’ mentality will be showcased in this game.

Kylian has 5 goals and 3 assists in the Champions League this season. He also has 24 goal involvements in Ligue 1 this season

Mbappé would be hoping that he can battle Haaland for the Champions League golden boot. For now, it is going to go to the Norwegian wonder kid as he has scored a ridiculous 10 goals this season.

Barcelona has one of  the best player from the last 10 years in their ranks in Lionel Messi. He’d love to showcase his love for the club that is recovering from Bartomeu’s horrific time as president. The likes of Girezmann and Dembélé would be looking to help ‘La Pulga’ save his beloved club from another humiliation in the Champions League. 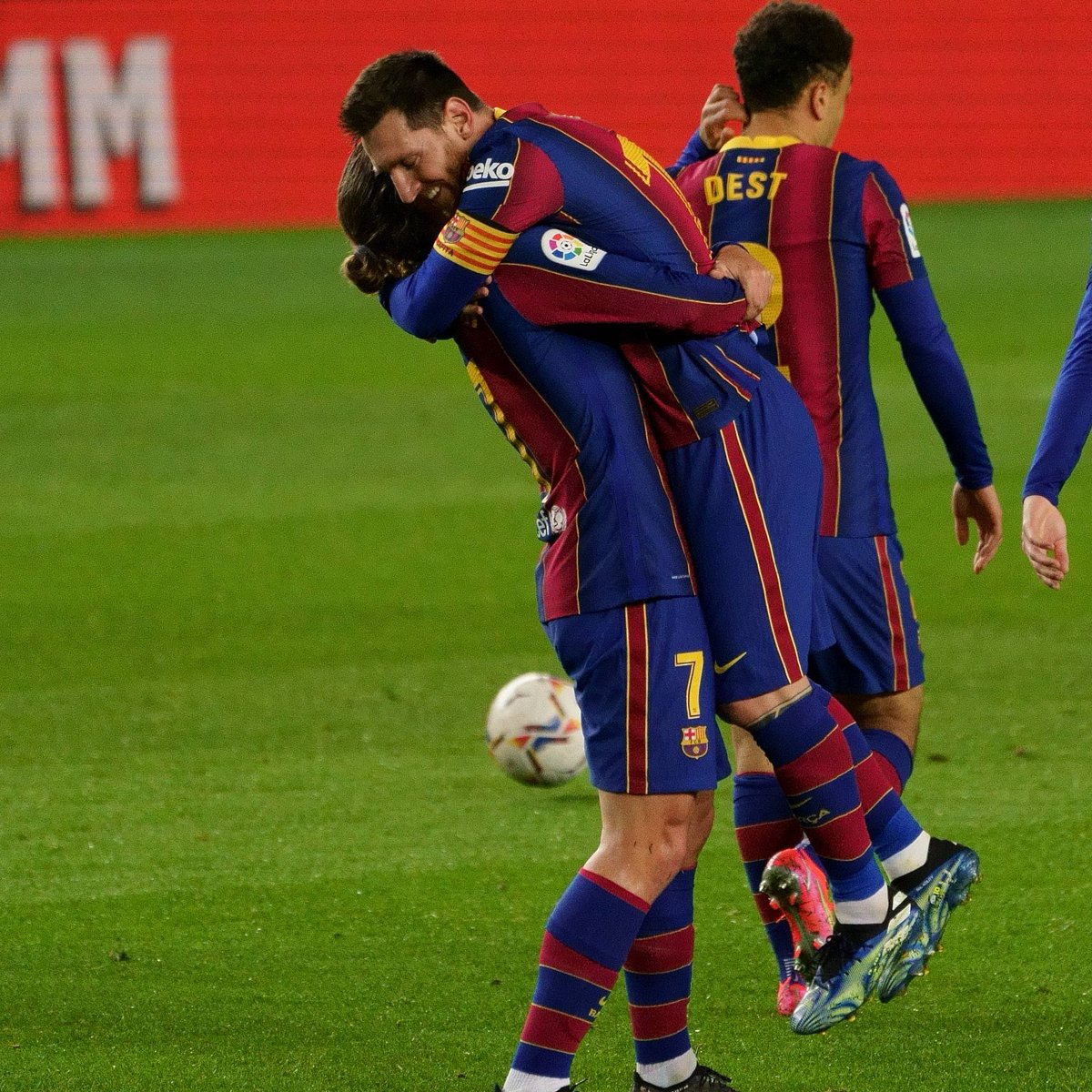 The quartet of Pedri, Griezmann, Dembélé and Messi are surely going to be the key for Barcelona against PSG.

Our 1st leg prediction was wrong as we gave a Messi led Barcelona the benefit of the doubt. Especially because Neymar was missing, but we were very wrong and should have never doubted the talent of Kylian Mbappé.

We predict a low scoring game that will end in PSG’s favour. Barcelona’s underperforming attack will surely not be able to drag the Blaugrana through.

FootTheBall predict a scoreline of 2-0 in PSG’s favour. Which will definitely boost their credentials as one of the favourites to win the Champions League this season.