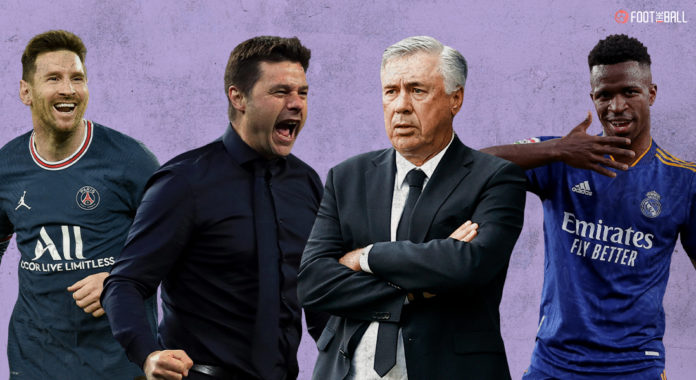 One of the most blockbuster clashes of the season is ready to take centre stage as Real Madrid visit Paris.

PSG have been dominating Ligue 1, winning four of their last five league games to sit 16 points clear at the summit. They haven’t lost a league match since October, and it’s safe to say that the conclusion to the title race is near. Lionel Messi’s debut season scoring struggles have been well documented, with only two goals but Madrid are a very known opponent.

Moreover, he has quietly racked up seven assists and alongside Kylian Mbappe, the pair are a very formidable duo for any team on their day. The defence is a bit suspect by European standards, which will no doubt be an area that Madrid will look to exploit in this first-leg.

For Los Blancos, the search for UEFA Champions League glory in the post-Cristiano Ronaldo era continues. Like their counterparts, Madrid sit atop the La Liga table but their lead is only a measly four points. They picked up a well-fought point against Villarreal in their last match, which was their second in the past three league matches.

Vinicius Jr. is enjoying a breakout season, his one-on-one capabilities on a different level currently while Karim Benzema has seemingly taken his game up several levels. However, like PSG, the defence is not the most assured when facing a barrage of attacking play which can certainly be expected from the Parisians playing at home.

Neymar has returned to full training in a major boost to Mauricio Pochettino’s side. However, former captain Sergio Ramos is set to miss out.

The major areas of concern for Carlo Ancelotti are at striker and left-back. It’s still not certain how much Benzema can play, if at all, as he battles with an injury. Ferland Mendy is set to come back and would certainly help the backline.

If there’s going to be one player who can usurp Messi meeting Madrid once again, it has to be the rumoured next Galactico himself. Mbappe has been linked with a move to his round-of-16 opponents since last year but has remained non-committal so far, saying his only focus is to win with PSG. His football has once again been top-notch with 21 goals and 13 assists already across all competitions.

Mbappe’s speed, intelligence, and deadly finishing are all of the highest order with Madrid knowing they have to be extremely alert. He can play all across the frontline, and could target David Alaba through the centre or Dani Carvajal down the right. Carvajal had a particularly poor game against Villarreal, where he was outnumbered time and again. If Mbappe can get into shooting positions often, it could be a long night for the visitors.

Vinicius Jr. had a great individual outing last time, constantly looking like the most dangerous man for Madrid. Given Benzema’s iffy status and the fact that he has not played recently, the Brazilian can be the difference maker. The fleet-footed attacker has developed into one of the world’s best for one-on-one situations and is enjoying a breakout season.

🗣️ "My style of play has a lot of character. I play with joy."

🇧🇷 Real Madrid's Vinícius Júnior on Carlo Ancelotti, Karim Benzema and making a name for himself in Spain. Interview 👇 #UCL

12 goals and five assists in La Liga have catapulted him as one of the sharpest scorers with Benzema providing superb support alongside. Vinicius will be likely targeting Presnel Kimpembe, with the defender’s flat-footed nature at times while Achraf Hakimi is also very much forward venturing, meaning spaces will be there to exploit for Madrid.

They always look to switch the ball quickly to Vinicius as he gets them up the field quickly. If he can set up some chances or even win fouls , the goals can come quickly for the away side.

A match between two star-studded squads cannot be called so easily, especially given the subplots involved. Madrid will be happy to secure a draw while Paris will know a win will set them up nicely for the return leg. FootTheBall predicts a 2-1 win for PSG on the night.