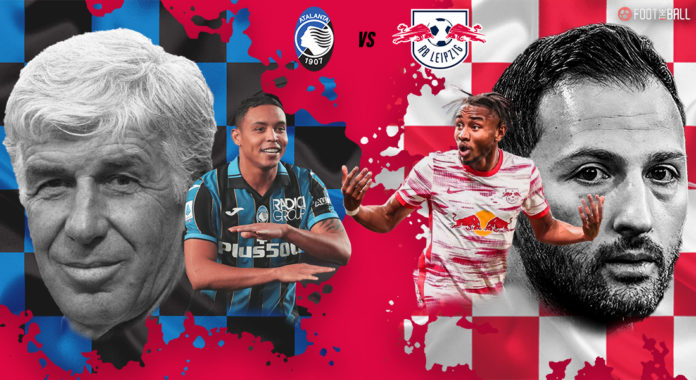 The quarter-final of the Europa League pits two teams fighting for a Champions League place. Leipzig have been rejuvenated under Domenico Tedesco while Atalanta are as daring as always.

Die Roten Bullen have been on a roll in recent times. They crushed Borussia Dortmund 4-1 at the weekend. That win marked the 10th consecutive game without defeat across all competitions. Moreover, Leipzig have moved back into the top-four, having conceded the second-fewest goals in the Bundesliga.

Clinical counterattacking and a pinch of Olmo magic ✨

Sit back and enjoy the highlights from #BVBRBL 🍿

Christopher Nkunku is having a career season with his goal contributions while Josko Gvardiol is shining ever bright. Leipzig have become one of the most dominant sides in the league and can justifiably reach the final of the Europa League.

Atalanta suffered a disappointing 3-1 defeat at the hands of Napoli on Sunday. That loss dropped them eight points behind Juventus in fourth place. La Dea have been one of the most exciting sides across Europe over the last few years.

Gian Piero Gasperini has been lauded for playing an attractive brand of attacking football that utilizes the wingbacks superbly.

They are real contenders for reaching the final but injuries have taken a toll. That meant handing a debut to Moustapha Cisse who scored the winner against Bologna. Though their league form has been wobbly, Atalanta are true fighters on the European stage so Leipzig need to be wary.

Leipzig are missing Amadou Haidara and Yussuf Poulsen. Nkunku will be heavily relied upon to provide the attacking impetus.

Atalanta will be without Josip Ilicic, Beram Djimsiti, and Rafael Toloi. Cisse could make another cameo off the bench.

Nkunku is having a career year, having racked up 27 goals and 17 assists across all competitions. He is Leipzig’s wrecker-in-chief and has benefitted massively having played in an advanced position. Nkunku is the classic number 10 who has superb vision and shooting abilities that have been put to deadly use.

The Europa League's most in-form star? 👀

Christopher Nkunku has 44 goal contributions in 40 games this season (27G, 17A) 👏#UEL pic.twitter.com/k1Kl2ymofz

Tedesco’s arrival has helped him continue his blistering form as he had two assists and one goal against Dortmund. The most dangerous thing about Nkunku is his versatility and ability to create from all attacking areas.

He has excellent ballplayers around him in Andre Silva, Dominik Szoboszlai, and Emil Forsberg. Atalanta have a crisis in defence and the center-backs are not too quick. If they can overwhelm with bodies, more shots and chances to score will arise.

In the absence of Zapata, it is Mario Pasalic who has stepped up. Nine goals and six assists are the best tall he has managed for Atalanta. Gasperini is deploying him just behind the striker and it is paying rich dividends.

Pasalic has been a key asset ever since his signing and can hurt Leipzig given how well he manages the attacking midfielders. He is adept at moving into attacking spaces alongside making driving runs forward.

Pasalic carries the ball quickly and has an eye for finding strikers somehow. Luis Muriel will have a very able creator behind him who joins attacks all the time. Moreover, Pasalic has refined his shooting and if Atalanta get by the midfield pivot, they will have chances. Pasalic can also have a go from set-pieces and move centrally to free the wingbacks.

Both the teams are pretty evenly matched on paper. Despite Leipzig being in a rich vein of form, Atalanta are not to be counted out. Gasperini has drilled his side efficiently during his time in charge. Whoever wins the first-leg will have a good advantage of progressing through the tie. FootTheBall predicts a 2-1 win for RB Leipzig.