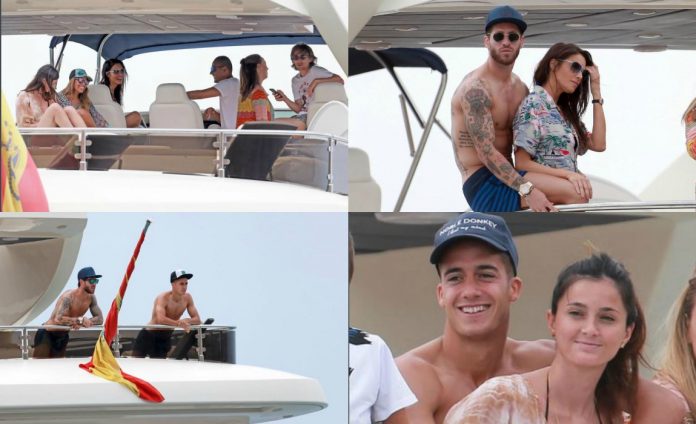 Ahead of champions league final, zidane’s stars Sergio Ramos, Luka Modric and Lucas Vazquez relaxed on their three-storey Superyacht and are looking forward to ride the wave of success. 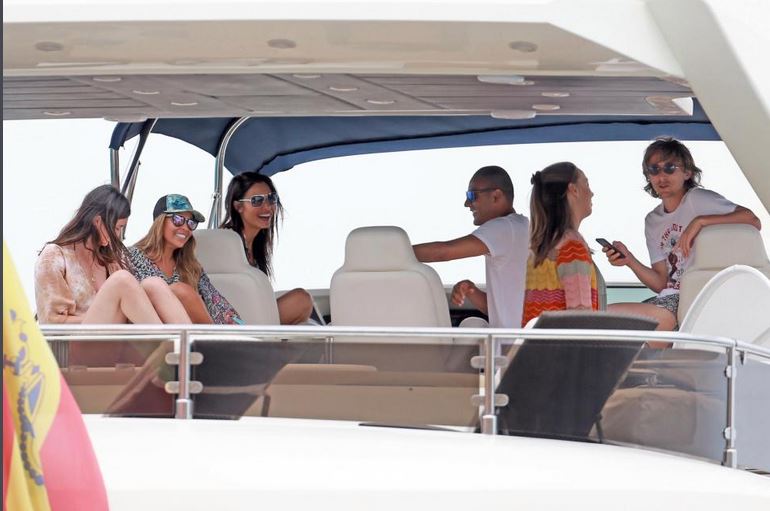 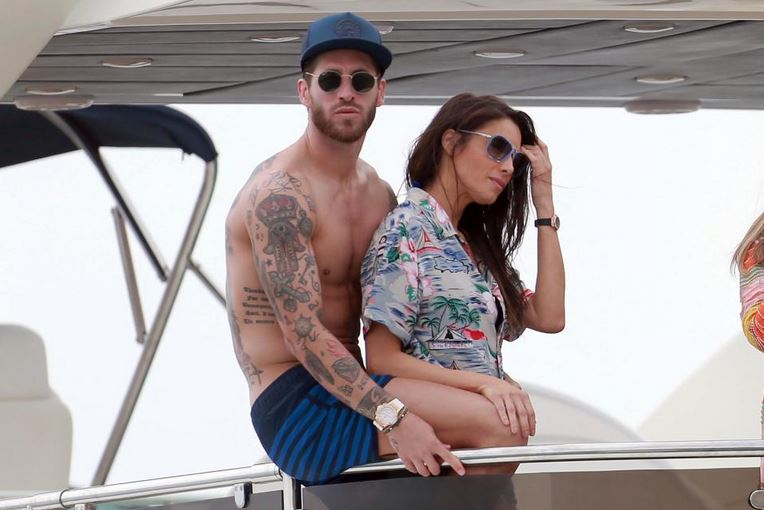 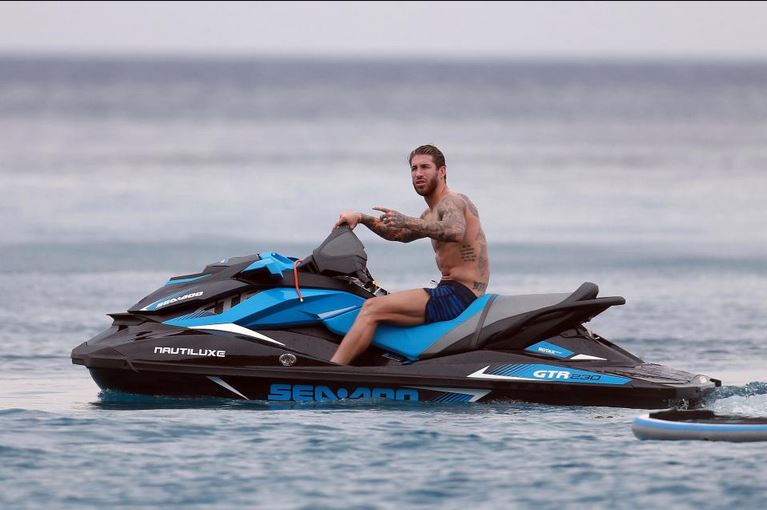 The lovely pair had a romantic time on the yacht before the defender left her on top of yacht to get a solo jetski ride. 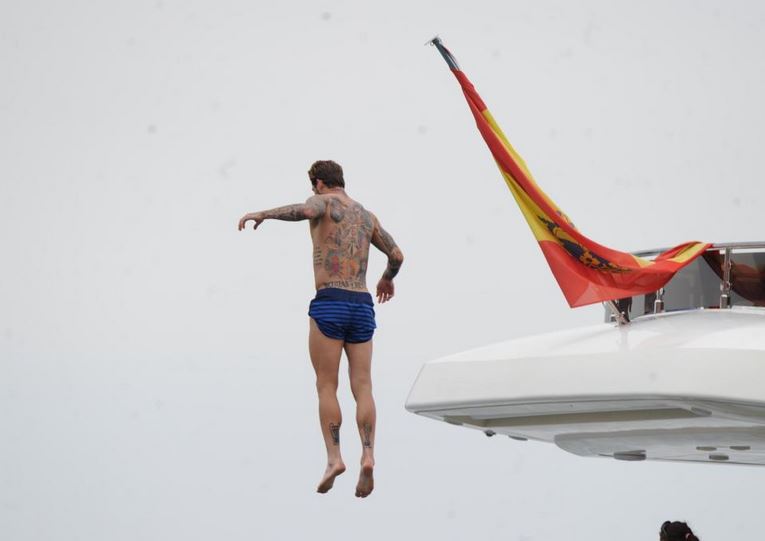 The powerful player is so daring that he took a dive off the top of the boat.

Los Blancos players are confident that their side will beat Juventus in the Champions League final. 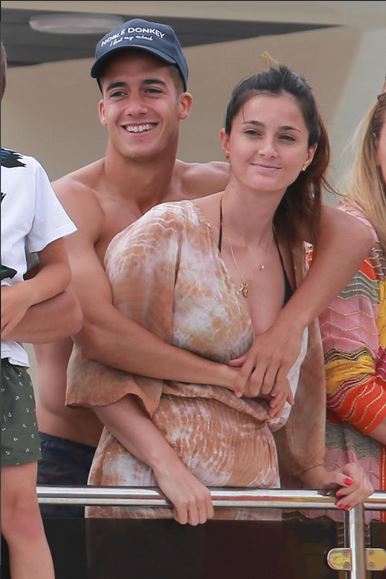 Madrid’s forward Vazquez, who had joined Los Blancos in 2007 as a kid was seen enjoying the view with his girlfriend on top of the yacht. 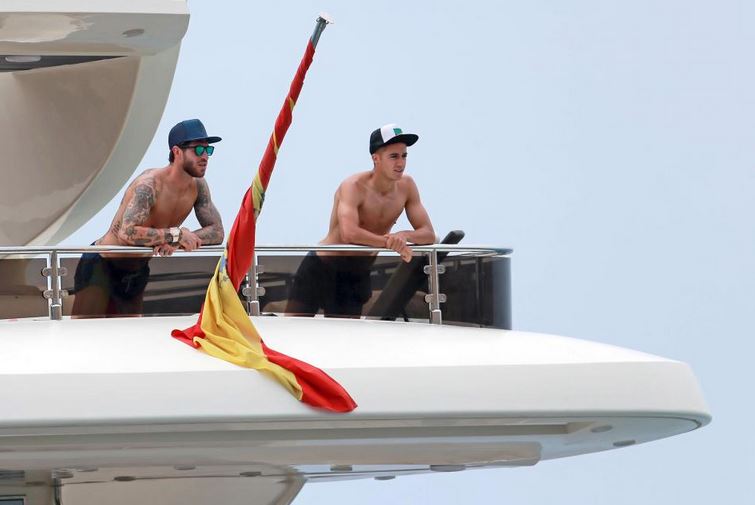 Modric and Vazquez were not so daring like pal Sergio Ramos. 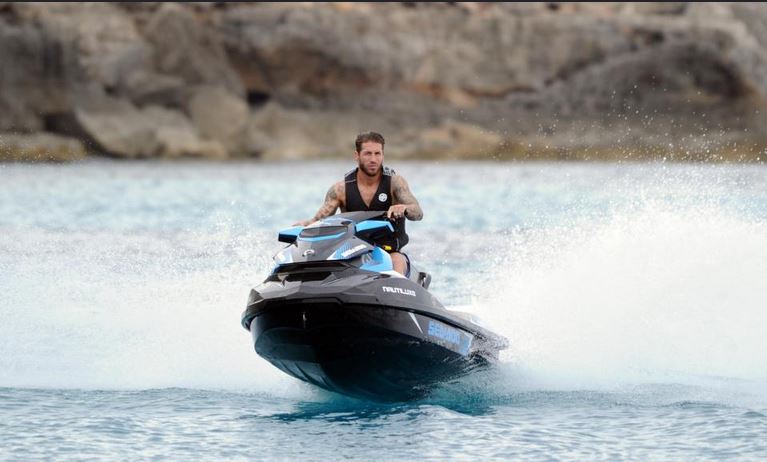 Modric was enjoying some quality time with son Ivano and daughter Ema.

Zinedine Zidane gave his team some time off after being crowned as La Liga champions and ahead of Champions League final match.