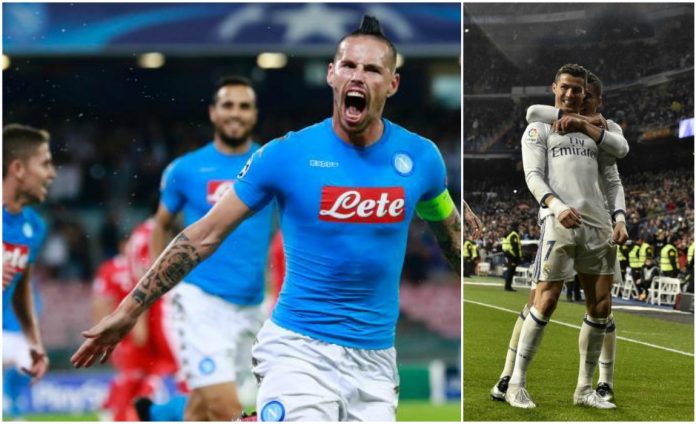 Real Madrid need goals and a clean sheet when they entertain Italian side Napoli in the first leg of their Champions League last 16 tie at the Santiago Bernabeu Stadium on Wednesday night.

Madrid are looking to become the first side to ever successfully defend the trophy, but the fact they finished behind Borussia Dortmund in their qualifying group has complicated their task.

Last season saw Madrid book their place in the final on the back of home displays in the return legs against Wolfsburg and Manchester City, which helped overturn poor first leg displays, this time Madrid will have to do it the hard way with the first leg in front of their fans and the second leg away from home.

Napoli travel to Madrid on the back of an 18-match unbeaten run and players such as Dreis Mertens, who has 16 goals in Serie A, Lorenzo Insigne with 7 and former Real Madrid winger, Jose Callejon, who has scored 8, will present a potent and mobile threat to the Madrid defense.

Zinedine Zidane will be hoping that Dani Carvajal is fit to start at right back after a month out with a muscle injury, otherwise Nacho Fernandez will once again have to show his adaptability after Danilo picked up an injury away to Osasuna at the weekend.

The Madrid coach has a slight fitness doubt over Cristiano Ronaldo, who didn’t train on Monday, but the Portuguese striker should be fit for Wednesday’s game with the only other doubt being whether Zidane once again favors Karim Benzema over Alvaro Morata in attack, ahead of a midfield made up of Luka Modric, Toni Kroos and Casemiro. 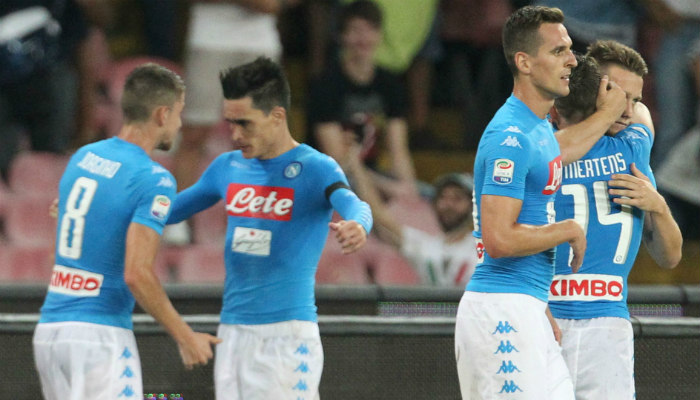 Madrid currently have a comfortable lead in the Spanish Liga, but at times have been less than impressive, it will be fascinating to see how they and an in-form Napoli perform in a game which offers no second chances.