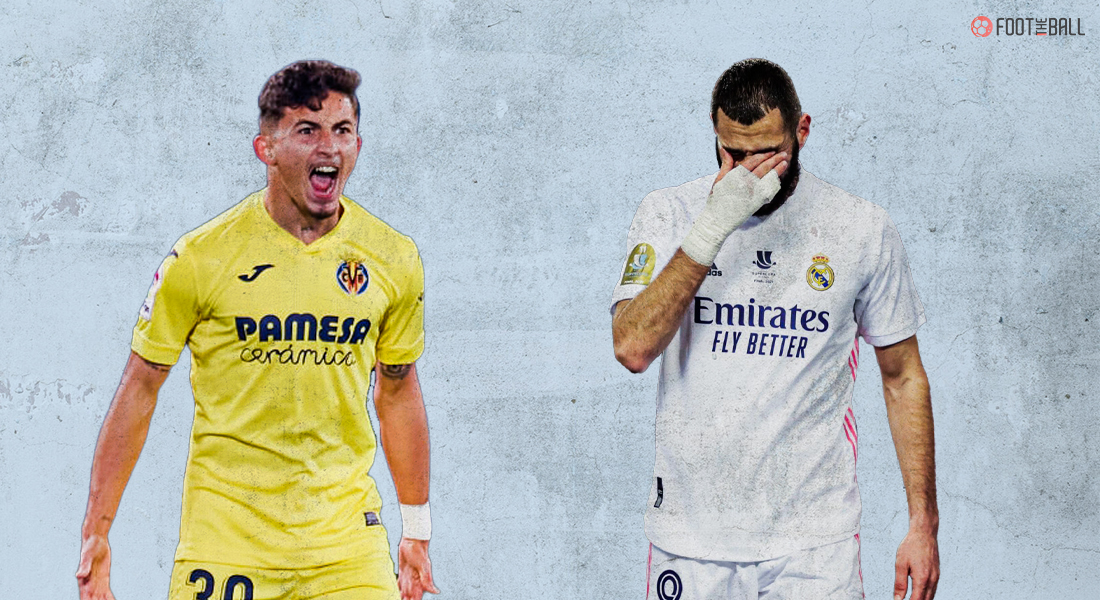 They tried so hard and got so far, but in the end, it doesn’t even matter. Real Madrid staged a fantastic late comeback against Villarreal to grab a 2-1 win over Villarreal but Atletico’s win at Valladolid meant that they were crowned La Liga champions.

Villarreal got off to a blinding start, getting the early goal via Yeremy Pino. They created other openings as well but failed to get the second goal to give them comfort. The Yellow Submarine were on top in the first half and headed in 1-0 up at the break, with Europa League qualification on track. However, Madrid came back fighting in the second half.

Karim Benzema thought he had equalized in the 57th minute but a VAR check showed that he was well offside. The Frenchman did bring parity in the 87th minute, turning sharply from Rorygo’s pass and finishing well past Rulli. Luka Modric completed the comeback in the 92nd minute with a smart finish on the half-volley but it was for naught as Atletico completed a comeback of their own in Valladolid.

Here are out key three takeaways from the match.

Raphael Varane was a major doubt for the match with an injury but the Frenchman started at the back alongside Eder Militao ahead of Nacho. However, the partnership looked notably out of sync with Varane looking especially off the pace. Militao did well on multiple occasions to bail him out.

Carlos Bacca got through on goal early on but Militao was strong in his challenge. Varane was in no man’s land for Villarreal’s goal in the first half. Nacho and Militao did keep a clean sheet against Athletic Bilbao and so, changing the pairing for a less than fully fit Varane who last played three weeks ago was perhaps not the best decision by Zidane.

Villarreal had openings in the second 45 as well but failed to play the right final pass and suffered as a consequence.

THE OLD AND THE YOUNG

A theme of Real’s season has been their old guard of Kroos, Modric, Benzema and Ramos being the standout. Kroos missed the game through coronavirus and Ramos was only fit enough for a place on the bench. However, Benzema and Modric were their two best players on the pitch arguably which is a worrying sign.

Amongst the youngsters, Rodrygo was the only one who looked up to the occasion. Vinicus and Asensio were quiet, Odriozola nervy, and Gutierrez was the weak link targeted by Pino and Gerard Moreno. Even off the bench, it was Marcelo and Isco who looked the likeliest to create an opening and put the pressure on Atletico.

THE CONFERENCE OF CHAMPIONS

For Unai Emery and Villarreal, the defeat meant that they will be heading to the Europa Conference League, having finished seventh in the La Liga table. However, they can give themselves a big boost if they win the Europa League final against Manchester United on Wednesday which will see them gain entry into the Champions League.

Their first half performance was encouraging but Ole Gunnar Solskjaer will be licking his lips at their second half capitulation. United have taken 31 points from losing points in the Premier League this season and Emery will be desperate to correct these wrongs ahead of the biggest match of their season.