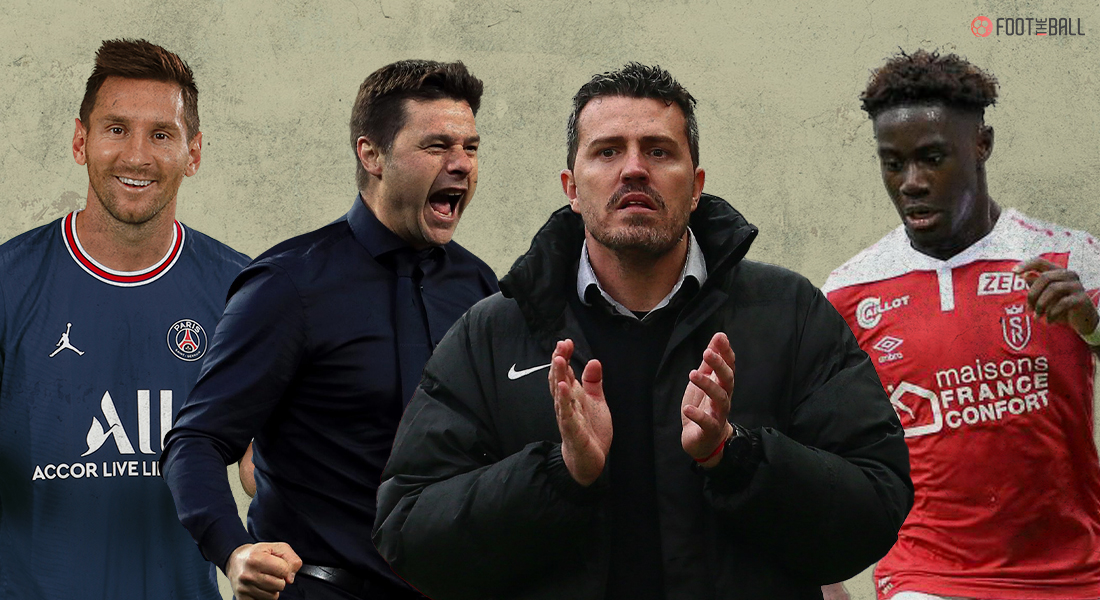 Hoping to maintain their perfect start to the 2021/22 Ligue 1 campaign, PSG heads to the Stade Auguste Delaune on Sunday evening to take on Reims. This showdown is certain to be the centerpiece of this footballing weekend, as fans all around the world will see the new diamond in Paris, Lionel Messi, make his long-awaited debut for PSG.

Mauricio Pochettino on Lionel Messi's chances of making his PSG debut vs Reims this Sunday:

"We hope he can be in the squad and start at a competitive level." pic.twitter.com/ATybQBASdv

Despite their seeming lack of defense, Reims has remained unbeaten in the first three matches of the season, with three somewhat contrasting draws. Oscar Garcia’s team opened their season with a 0-0 draw against Nice, only to be involved in a six-goal thriller against Montpellier at home in their second matchup. Their third and most recent encounter was against Metz, which again finished in a 1-1 draw.

Reims were fairly impressive last season, but their form plummeted towards the conclusion of the season when former boss David Guion announced his departure from the club in the summer. Guion was succeeded by Oscar Garcia, but the new manager has lost last season’s leading goalscorer, Boulaye Dia, to Spanish club Villarreal, leaving Reims with a massive void upfront.

PSG, on the other hand, has started the new Ligue 1 season with a roar, winning all three of their matches. With the South American duo of Neymar and Messi still to play, The Parisiens have made it seem simple despite the absence of their two crucial players, which says volumes about PSG’s offensive firepower. PSG prevailed 4-2 over Brest and Strasbourg in their previous two matches, after narrowly defeating Troyes in the first.

We earn 3️⃣ points away from home 💪#Ligue1 | #SB29PSG pic.twitter.com/bN0KLH6rsa

The capital side has assembled a star-studded roster this season, doing possibly the finest business in transfer window’s history. With the additions of Lionel Messi, Sergio Ramos, Gianluigi Donnarumma, Georginio Wijnaldum, and Achraf Hakimi, Parisiens seem much more formidable than ever.

Reims will be without three players for this game due to injuries: midfielders Fraser Hornby and Arber Zeneli, as well as striker Anastasios Donis.

Following the inclusion of Gianluigi Donnarumma and Angel Di Maria in the squad for their match against Brest, Lionel Messi and Neymar are anticipated to be included in the squad for this weekend’s encounter. Messi’s physical preparation is at its best, and everything points to him featuring against Reims. With each passing hour, supporters look forward to seeing the Argentine playing in a PSG jersey.

Sergio Ramos and Colin Dagba are currently injured and have been ruled out of this clash.

Nathanael Mbuku, 19, is already a guaranteed starter for Reims and a nightmare in the making. The winger is a strong dribbler with a very precise technique even while sprinting and a remarkable ability to switch direction rapidly in 1v1s.

The only issue has been his end product and statistics: in 48 games for Reims since his debut, Mbuku has only scored four goals and dished out two assists. However,  with his close control, creativity, and strong diagonal runs, he boasts a unique repertoire of skills that can aid him to be the game-changer.

Of course, PSG’s offensive firepower is unquestionably the finest in Europe, so anybody might be a game-changer for them. However, with Lionel Messi poised to make his long-awaited debut, he’ll want to get off to a solid start. After captivating the world with his magical feet in a Barcelona jersey, La Pulga will be keen to achieve the same with his new club.

With his unparalleled goal-scoring and playmaking ability, or him dancing past defenders with his miraculous dribbling and exquisite touch, Messi can be projected to be a game-changer in every match he features in, and this one will be no exception.

PSG are the heavy favourites coming into this encounter, and they will be looking to make it four victories in a row this Sunday evening in order to maintain their lead at the top of the table. However, Reims, who are unbeaten, will want to continue to show the tenacity that they have displayed in recent encounters and take a positive result from this clash as well.