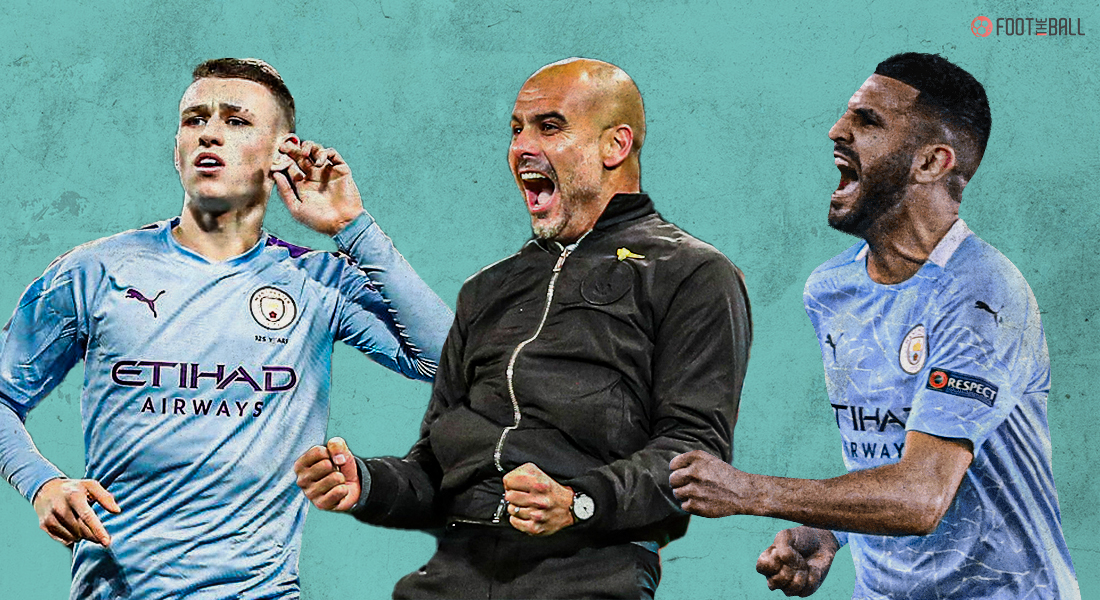 In a snowy evening at the Etihad stadium, PSG came 2-1 down with top-scorer Kylian Mbappe benched and needing to score at least twice on the night. The French outfit thought they had a penalty when Oleksandr Zinchenko was deemed to have had a cross deflected off his arm in the seventh minute. A quick VAR review proved the ball had actually hit the top of his shoulder and overturned the referee’s decision.

Zinchenko made a darting run down the left hand channel and was picked out brilliantly by Ederson’s punt. The left-back dragged back his cross to Kevin De Bruyne who saw his shot deflect against Alessandro Florenzi before finding its way to the onrushing Riyad Mahrez who duly slotted it past Keylor Navas in goal. 3-1 lead for City on aggregate.

PSG kept up their attacking potency with Marquinhos heading a cross by Neymar onto the top of the crossbar before Di Maria’s shot whistled wide of Ederson’s goal after City failed to play it out of the back quickly. The game settled down after that with both teams enjoying good spells of possession but nothing great in terms of good chances. The first half ended with PSG needing a herculean effort in the second half.

The second half started with both the teams trying to get a foothold in the midfield, as PSG looked to attack. But it was City who looked the most likely to score with a couple of Phil Foden shots on target. Their pressure paid off as a rapid counter-attack following a PSG free kick saw De Bruyne slip in Foden behind the Paris defence, whose cross slid across the face of goal before being emphatically swept home by Mahrez again. PSG’s night got worse and worse with a red card for Di Maria after lashing out at Fernandinho over a throw-in in the 69th minute.

City were on top after that with Foden hitting the post and Navas making a few stops as well, but with the result secured already, the game petered out.

DEFENCE LEADS THE WAY FOR CITY

Yes, Mahrez might have got the goals on the night but the Citizens’ defence stood tall throughout the match. The pairing of John Stones and Ruben Dias have been earning plaudits all season, and in City’s most important match of the season, they proved their worth.

With an array of blocks with head, legs, body for all of PSG’s shots, they really left Ederson with little to do. Winning headers, cutting out crosses, and tackling hard was all on the agenda as Neymar and co. simply could not find their way through behind City’s very disciplined and compact defensive line.

With tonight's win, we've broken the record for the longest winning run by an English club in European Cup history! (7) 🏆🔥🙌

Praise must also go to their full-backs, Zinchenko and Walker who put in massive shifts on both sides of the pitch. They were crucial in thwarting any trickery that the PSG attackers got up to, with the Ukrainian’s block of a Neymar shot celebrated almost like a goal by his fellow defenders.

Mauricio Pochettino knew he had a huge task on his hands without the team’s leading goal scorer Mbappe deemed fit enough to feature. Mauro Icardi, his replacement hardly had a sniff in the first half as PSG struggled heavily to break down Guardiola’s back line. Devoid of ideas and often chasing shadows in midfield, their best chance fell to Marquinhos from a Neymar cross, but those kind of chances were at a premium.

The second half truly saw the wheels fall off PSG’s campaign in Europe. Needing two goals just to take the match to extra-time, Poch’s team started letting a lot of gaps in behind their defence with Foden and Mahrez ever the willing runners.

Their discipline, which had waned a bit in the first half with a couple of little arguments, deteriorated conisderably as Di Maria seeing red for a stupid misconduct leaving his team in dire straits. As the fouls continued to mount against the Parisians, Poch knew his team had just not been able to match City’s tempo over the two legs.

City will be appearing in their first Champions League, against either Real Madrid or Chelsea, and based on their semi-final showing, and indeed through their campaign in Europe, nobody would bet against them winning it all in Istanbul.

With Phil Foden showing maturity beyond years, Europe’s most in-form defence having only conceded four goals in 12 matches in the competition, midfield maestros in De Bruyne, Gundogan and Fernandinho- Pep will know this is the best chance in a decade to get his hands on the trophy again.