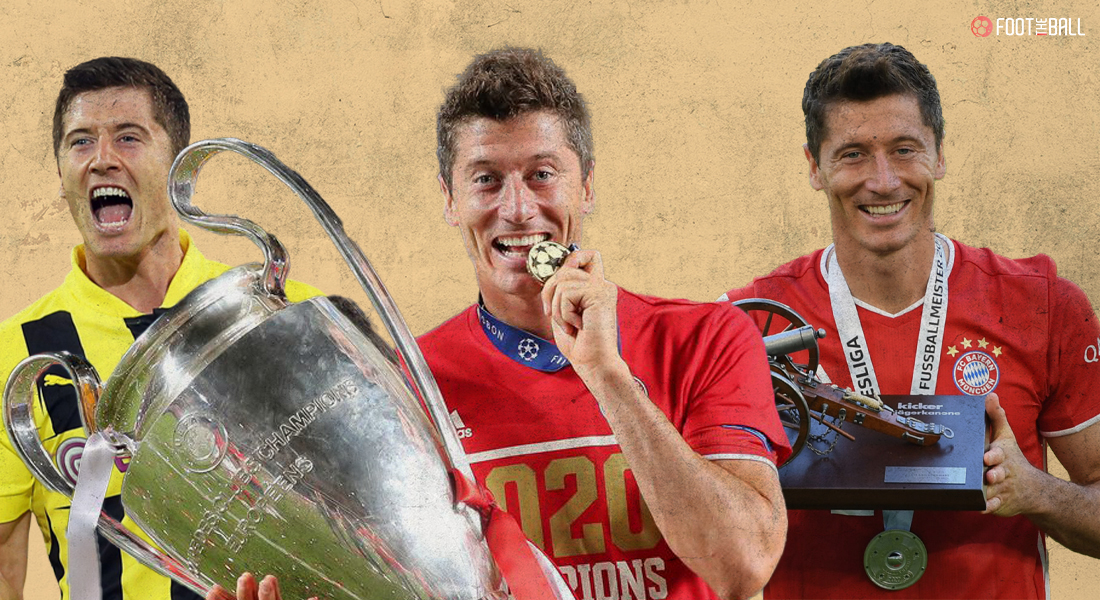 The goal machine Robert Lewandowski broke another record, or better yet records, in the Bundesliga. Lewandowski smashed a hat-trick as Bayern Munich routed Hertha Berlin 5-0 on Saturday night. It looked like Bayern needed time to adjust to Julian Nagelsmann. But with an assured performance on the evening, they intend to defend their Bundesliga crown.

Lewandowski has been in sensational form for club and country since 2019. He might have turned 33 recently, but there are no signs of slowing down. In an ominous fashion for his opponents, he is only getting better. He notched up a triple century of goals for Bayern Munich in just 333 appearances. Lewy averages a goal per game for the Bavarians and also dished up 65 assists during his spell.

Will he be caught by anyone? 🤔 pic.twitter.com/V1Uq9HKyxt

Lewandowski picked up where he left off this season. “Lewan goal-ski” started the season as he means to go by with five strikes in three games already. Gerd Muller, who recently passed away, held the records for most goals in a single season and most goals scored consecutively. Having snatched Muller’s scoring record in a season already, Lewandowski is eyeing his consecutive scoring record milestone.

OF SILVERWARE AND RECORDS

Lewandowski is one of the most clinical finishers the world has ever seen. Currently, he’s one of the best if not the best striker in the world. He has all sorts of goals in his arsenal and knows when to use each one. Ranging from simple tap ins to scoring long rangers, he can do it all. His positional intelligence and movement pester the defenders throughout the game. With his immense physicality, he can bully defenders in the air and score headers for fun. He has exploded in the past two years under Hansi Flick. 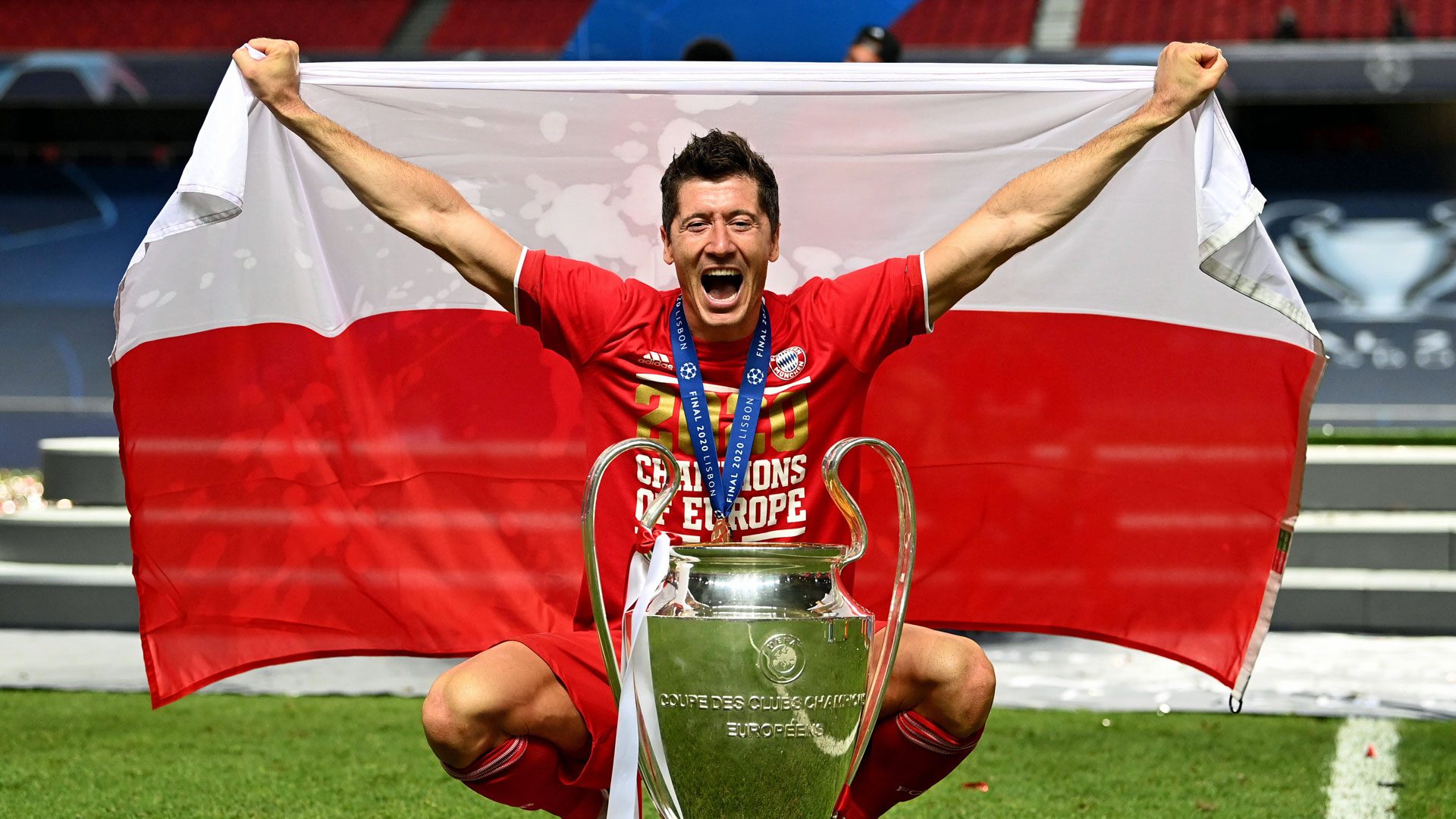 The year 2020 saw Bayern clean sweep Europe. An emphatic title win in the Bundesliga was complemented by another success in the DFB Pokal. Lewandowski’s goals single-handedly won them games and trophies. They only needed to win the Champions League title to complete a historic treble.

Lewandowksi scored in the semis to drive them to the finals in the Champions League mini-tournament held in Portugal in 2020. Bayern beat Paris Saint Germain in the final to complete the treble. They even went onto win the sextuple later through Lewandowski’s goals. Lewandowski was the number one favourite for Ballon d’Or had it not been scrapped due to the pandemic. 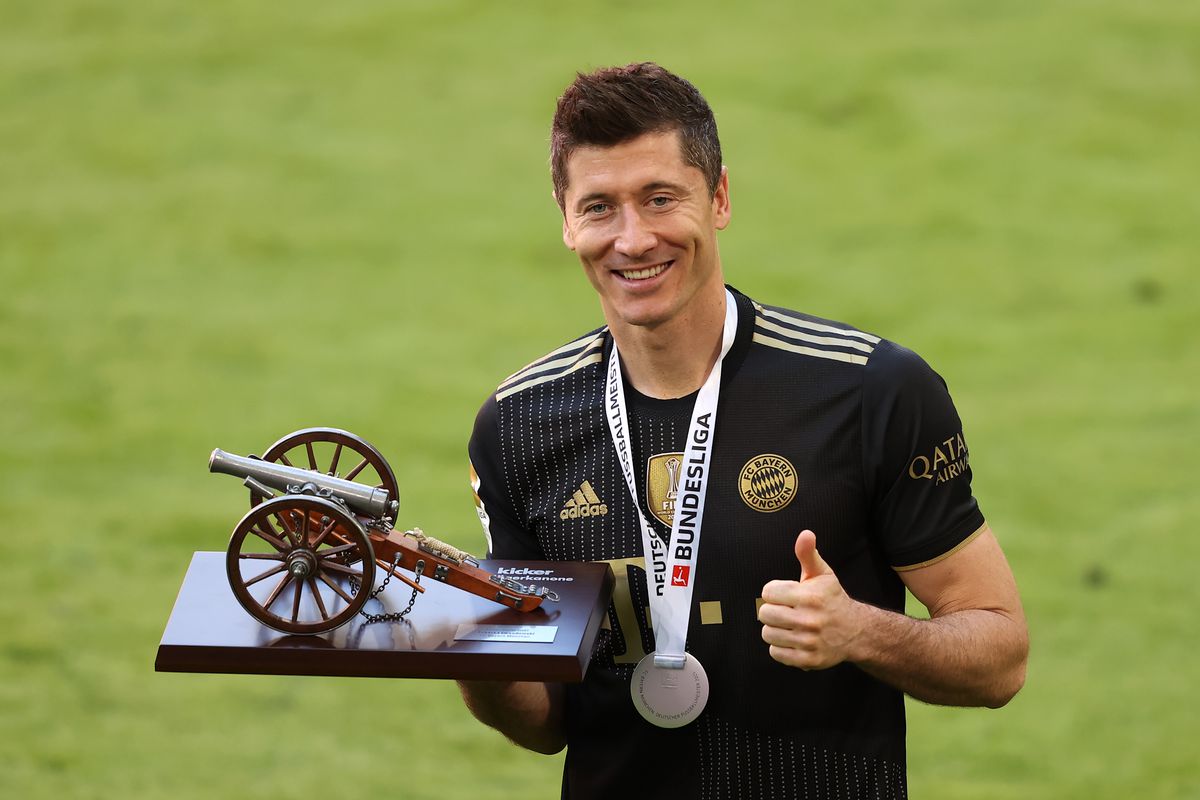 If 2020 was the year of silverware for him, 2021 is the year of personal records. He ripped apart many of the league defences with help from his teammates. Lewandowski was level with Gerd Muller for most goals in a single season on 40 goals going into the final matchday. He virtually scored with the last kick of the season to break Muller’s record with 41 goals to his name. He was handed a special memento honouring his feat.

Lewandowksi scored in 10 consecutive games for Bayern in the previous season. After firing Poland to knockouts at the Euros, he returned to the Allianz Arena hungry for more goals. Expectedly, he scored in Bayern’s opener against Gladbach. He added one more to his tally against Koln and was on a twelve game streak. He went into the game against Hertha on 298 goals and an eye on history.

He headed home from close range to double Bayern’s advantage. It took his scoring streak to 13, which is his personal best and now only behind Muller’s record in the league. In the second half, he tapped into an empty net to notch the historic 300th goal of his Bayern career. He is only the fifth player in the modern era to score 300+ goals for a single club. He has the calibre to notch many more goals this season.

Still hungry for goals, he headed Tanguy Nianzou’s cross to finish his first hattrick of the season. In fact, it was his 15th such one for Bayern Munich. A humble Lewy said, “I’m not thinking about records. I’m just focused on my tasks before every game. When the team plays well, I profit from it. I’m always happy to help the team”, in a post-match conference. He might not say it openly, but he is a firm contender for the Ballon d’Or this time again.

13 – Robert Lewandowski has scored in each of his last 13 Bundesliga games, setting up a new personal best. Only Gerd Müller scored in more consecutive games in Germany's top-flight. Run. #FCBBSC pic.twitter.com/seJYpDeZYq

The Polish international was reported to be on the hunt for a new challenge this summer. But his scoring spree and dedication for the team say otherwise. He always plays like a man with a point to prove and it is hard to imagine him leaving the club where he enjoys so much and wins many trophies.

FORGED BY THE VERY BEST

If not for a certain volcanic eruption, we wouldn’t have seen this version of Lewandowski. Lewandowski was shining in the Polish league from a young age for Lech Poznan and caught the eyes of many top scouts. Premier League’s Blackburn Rovers managed by Sam Allardyce convinced Lewy to join them. An ash cloud from a volcanic eruption prevented air travel in Europe and he was stuck in Poland. Other moves were made in this time and Lewandowski joined Bundesliga side Borussia Dortmund managed by the charismatic Jurgen Klopp.

Considered as one of the best coaches and man managers, Klopp worked with Lewy for four years on the Rhine valley. Klopp turned Lewandowski into a perfect forward and made use of his strengths to topple Bayern Munich. Spearheaded by Lewandowksi, Dortmund won back to back league titles in 2011 and 2012. The German manager cherishes coaching Lewandowski till date and also named him as the best player he has ever coached. 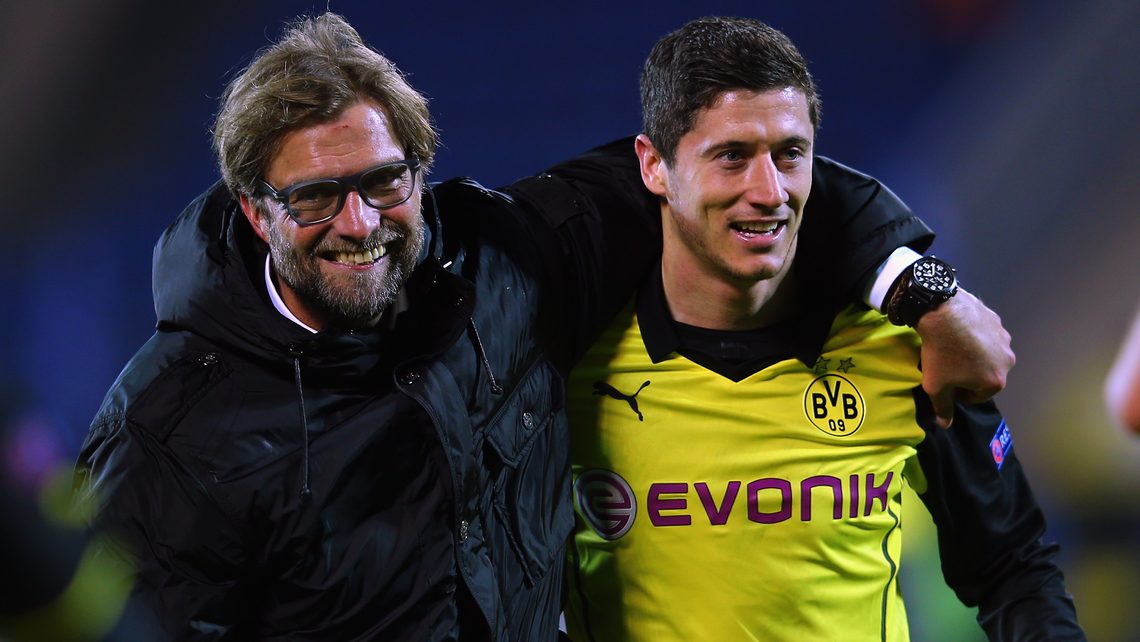 He’d have hoped for a better finish to their relationship at Dortmund. In 2013, Lewy made it clear that he wouldn’t sign a contract extension with the club and wanted a transfer. Later, Klopp revealed that he couldn’t say no to the pull of Pep Guardiola and Bayern Munich. He made the move to Bayern eventually in 2014. If Klopp built a monster, Guardiola known as the most intelligent coach of all time unleashed it.

Lewandowski was a force of nature at the Allianz Arena and there was no escaping him. He scored in almost every game as Bayern won title after title. In 2015, Lewandowski amazed every single person in the world.

Thus coached by the very best minds in world football, Lewandowski became the best of the best striker of this generation.