10 MOST ICONIC MOMENTS OF GERD MULLER, THE BAYERN MUNICH AND WEST GERMANY HERO

Gerd Muller, one of the best footballers to ever set foot on the pitch has sadly passed away at the age of 75. It is a sad day for Bayern Munich fans all around the world since Muller was arguably their greatest player of all time. The prolific striker has scored a total of 525 goals for Bayern Munich making him their top scorer of all time.

It is a shame the younger generation doesn’t know much about the greatness of Der Bomber and we wanted to enlighten you about his contribution and impact on the beautiful game. FootTheBall brings you 10 of the most iconic moments in Der Muller’s career and why he is regarded as one of the greatest of all times.

West Germany in 1974 used to be the team to beat in international competitions and Gerd Muller was the man responsible for this reputation. They were the host nation of the 1974 Fifa World Cup and were hoping to become World Champions after conquering Europe 2 years ago. 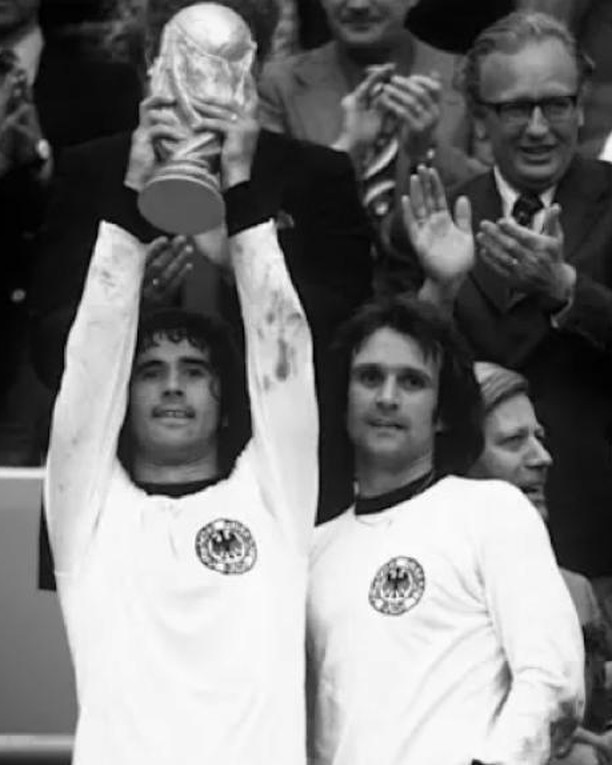 The game was all tied up in the finals against the Netherlands but Gerd Muller’s trademark goal in the dying minutes of the first half gave them the lead they needed. West Germany won their first World Cup in 20 years and Gerd Muller had finally conquered the world.

Gerd Muller was on top of his game during the ’70s which won him the greatest personal award a footballer can win in Europe. Muller had scored 38 goals for Bayern Munich in the 1969/70 season and he continued his run with 10 more goals in the 1970 World Cup in Mexico. 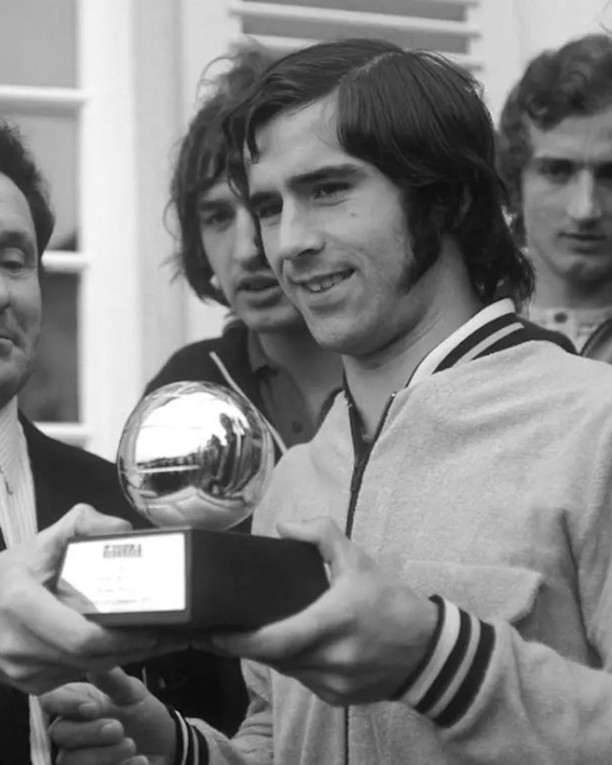 Although it was a disappointing season for his club, Gerd Muller was recognized for his individual performances and was awarded the Ballon d’Or in 1970. He became the first German to ever win the decorated award.

Bayern weren’t always the dominant German giants and the journey to greatness began with Gerd Muller’s spell with them. Muller scored 8 goals in the play-offs of the first Bundesliga season and the club haven’t been relegated ever since. Muller helped them stay in the top flight and also won them their first-ever Bundesliga title in 1969. 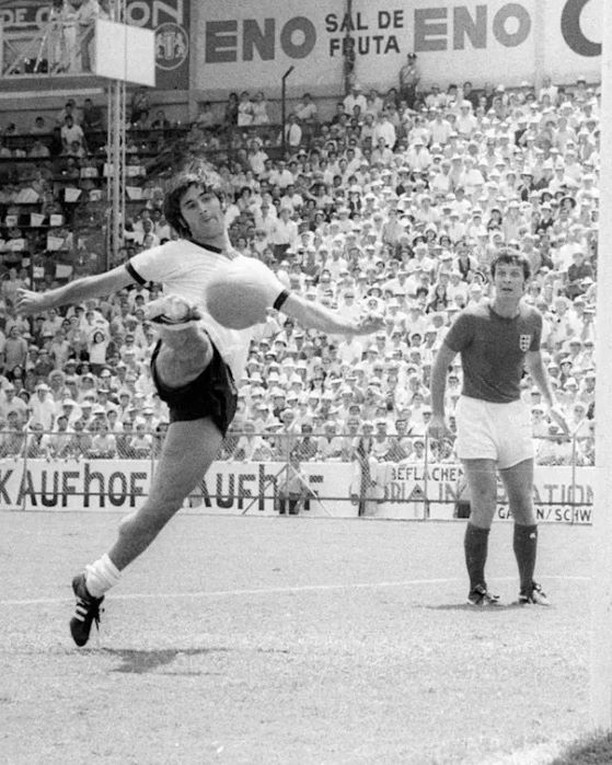 Muller rose through the ranks from a reserve to their first name on the team sheet in a matter of few months thanks to his ability to win matches.

In the 1972/73 season, Bayern Munich won their first Bundesliga title in 3 years but that wasn’t even the biggest thing that happened to the club that year. They wi=on the title after only losing 3 games that season and all credit to Der Bomber. 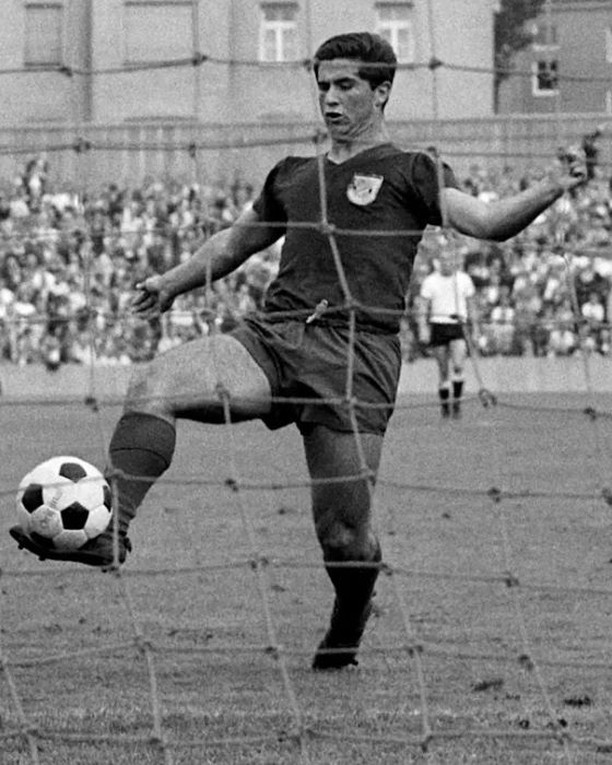 Gerd Muller scored 40 goals that season and is to date the highest goals scored in 1 Bundesliga season. Even the likes of Robert Lewandowski haven’t come close to beating the whopping record and it seems like it is going to be that way for many years to come.

Although the earlier record is impressive, the next 1 might be Gerd Muller’s greatest achievement. The year 1972 was arguably the best spell in Gerd Muller’s career thanks to the 85 goals he scored for Germany and Bayern Munich combined. Der Bomber was any goalkeeper’s nightmare, but that 1 season he had truly outdone himself.

85 DAYS TO GO: We look back to the year when #WorldCup legend Gerd Muller scored 85 goals – http://t.co/XPRpwGxmsQ pic.twitter.com/oVPbBDB4od

Sadly for German fans, the record stands no more after Lionel Messi’s 91 goals in 2012. It took 40 years for the record to be broken and that too because of the greatness of Lionel Messi.

6) FOOTBALLER OF THE YEAR

Although Bayern Munich finished 2nd in the 1966/67 season, it was the year Gerd Muller rose to stardom. With 28 goals in the Bundesliga, he became the top scorer of the league and also became the German Footballer of the year. 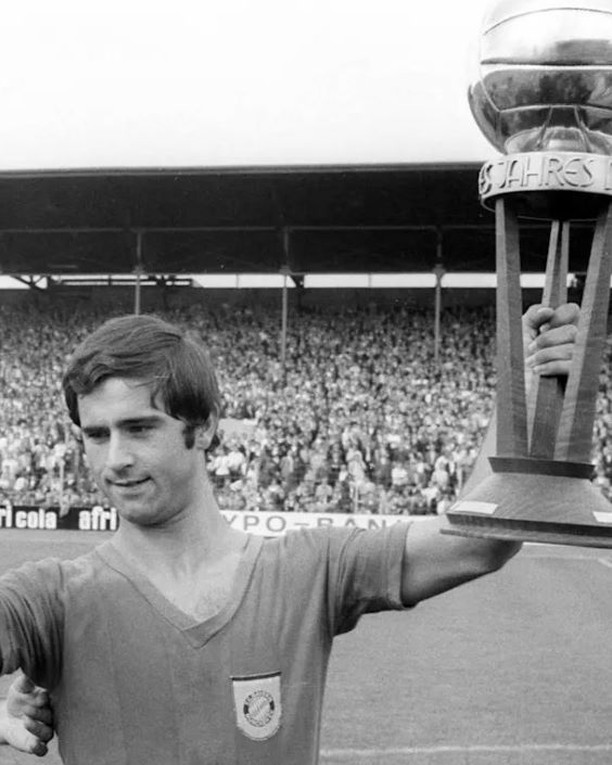 The player was awarded the title for the second time in 1969 after Bayern Munich managed to win their first League title in more than 30 years. Der Bomber scored 30 league goals that season breaking his own personal record.

Gerd Muller won his first silverware with Germany in the 1972 Euros after beating USSR in the final. The Germans demolished the Soviet Union 3-0 out of which 2 were scored by Muller. The win in Belgium asserted their dominance in Europe and was a great base to build upon as they went on to win the World Cup after 2 tears. The 1972 Euro win is one of the main reasons why Germany are so dominant in the world at the moment.

Bayern Munich ruled Europe for a while between 1972 to 1976. After winning 3 successive Bundesliga titles, Bayern had asserted their dominance in Germany, the next step for the giants was naturally the European Championship or as we now call it, the Champions League. 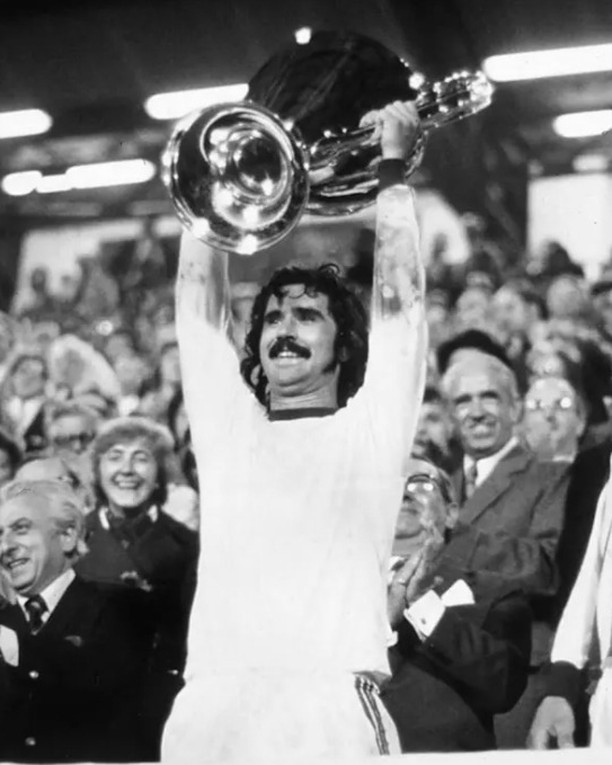 Bayern Munich hadn’t won a single trophy for a decade and nobody expected a young teenager to achieve the feat for them. In 1966, Bayern Munich won the DFB Pokal after 10 years which sparked them to unlock their true potential in the later years.

Gerd Muller had scored 7 goals in 8 games in the tournament which also helped them to qualify for UEFA Cup winner’s Cup, which they went onto win the next year.

Gerd Muller left Bayern Munich in 1979 after winning everything there is to win with Bayern. He went to the United States and after 2 years in Florida, he decided to hang his boots. After finishing as the top scorer in 18 different competitions throughout his career, he decided to take a break from football.

One of the all-time greats 🙏 pic.twitter.com/FuCQHXOFb8

Gerd Muller came back to his old club as the manager of their reserve team in 1992 and held the position till 2014. In 2018, the greatest German striker of all time was inducted into the German Football Hall of Fame’s Best XI.