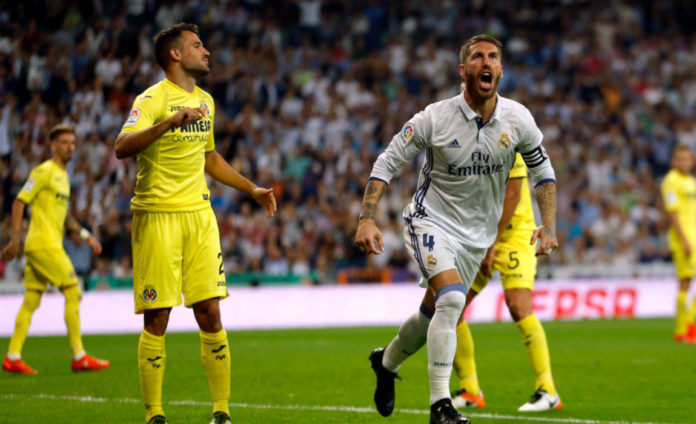 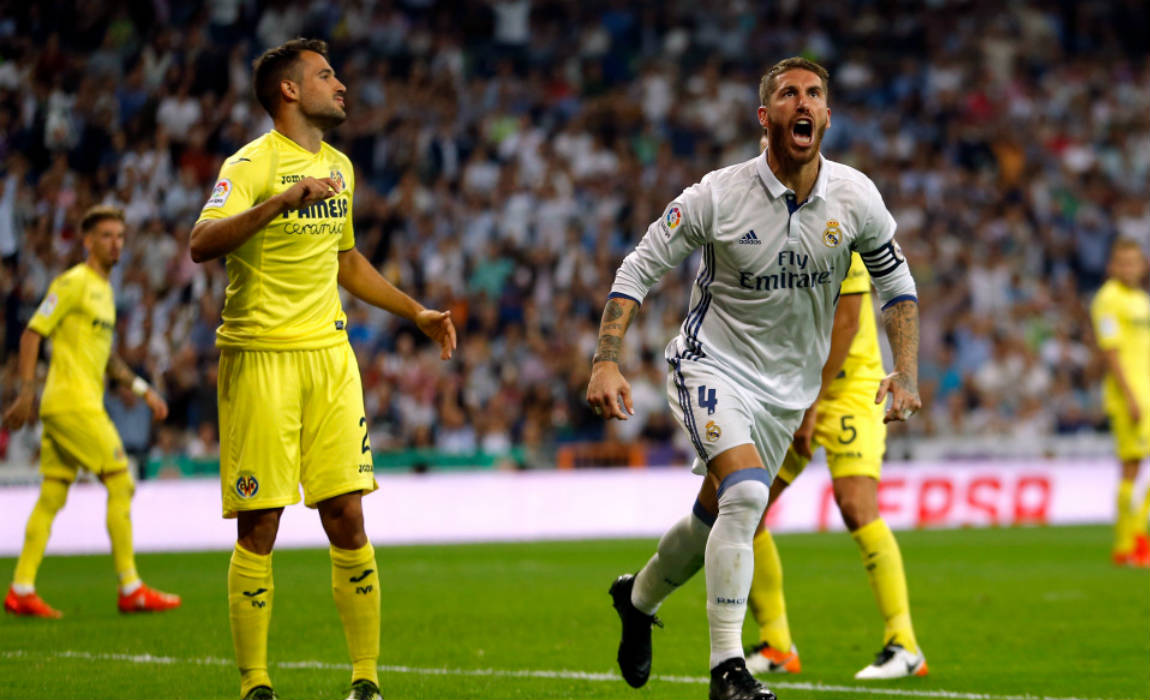 Real Madrid’s hopes of setting a new Spanish league record of 17 consecutive wins was dashed on Wednesday night when they were held to a 1-1 draw by Villarreal.

With Gareth Bale and Cristiano Ronaldo back in the side, Real Madrid looked to get off to flying side against a rival that has never won in the Santiago Bernabeu Stadium and they forced 6 corners in the first 10 minutes.

However, apart from a shot that was squeezed wide by Karim Benzema they failed to test Villarreal keeper Sergio Asenjo until Benzema saw a weak header punched clear in the 18th minute.

Both sides were working hard to close their rivals down in midfield and chances were at a premium, although Denis Cheryshev forced a save from Kiko Casilla, before he and Nicola Sansone wasted a good chance on the break. 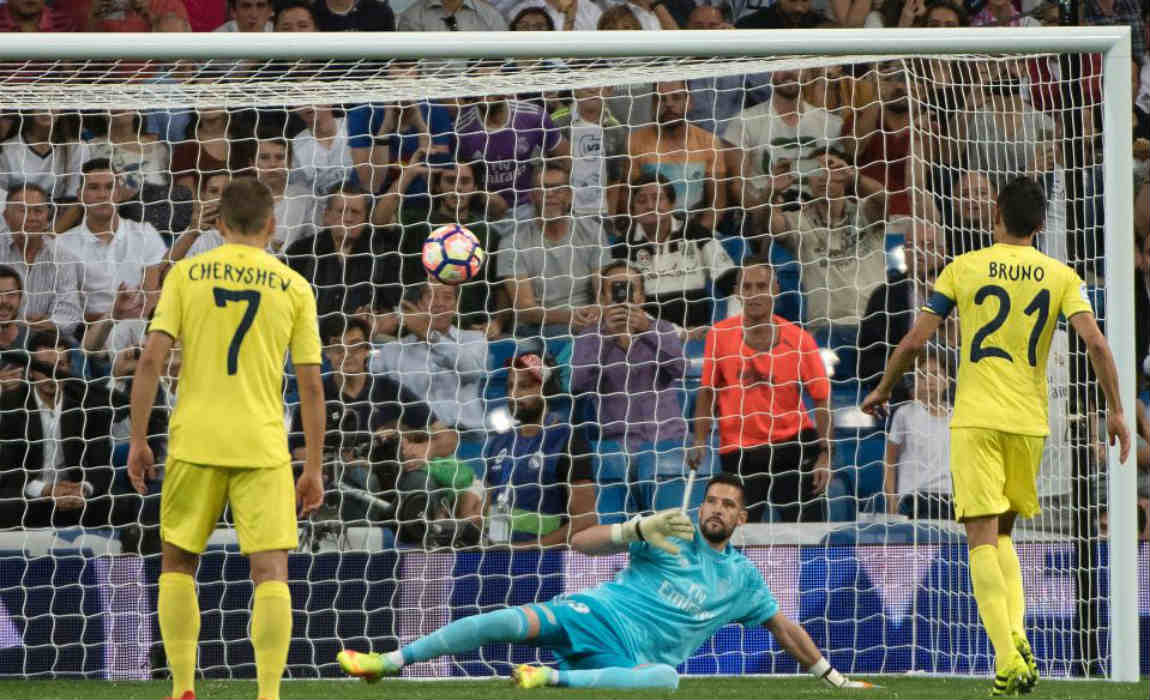 Villarreal took a surprise lead on the stroke of halftime when Sergio Ramos was penalized for handball, allowing Bruno Soriano to chip a cheeky penalty over Casilla to put his side ahead.

Madrid leveled almost immediately after the break when Ramos atoned for his error by heading the equalizing goal from a corner and in the 48th minute Benzema should have done better than head wide from 10 yards out. 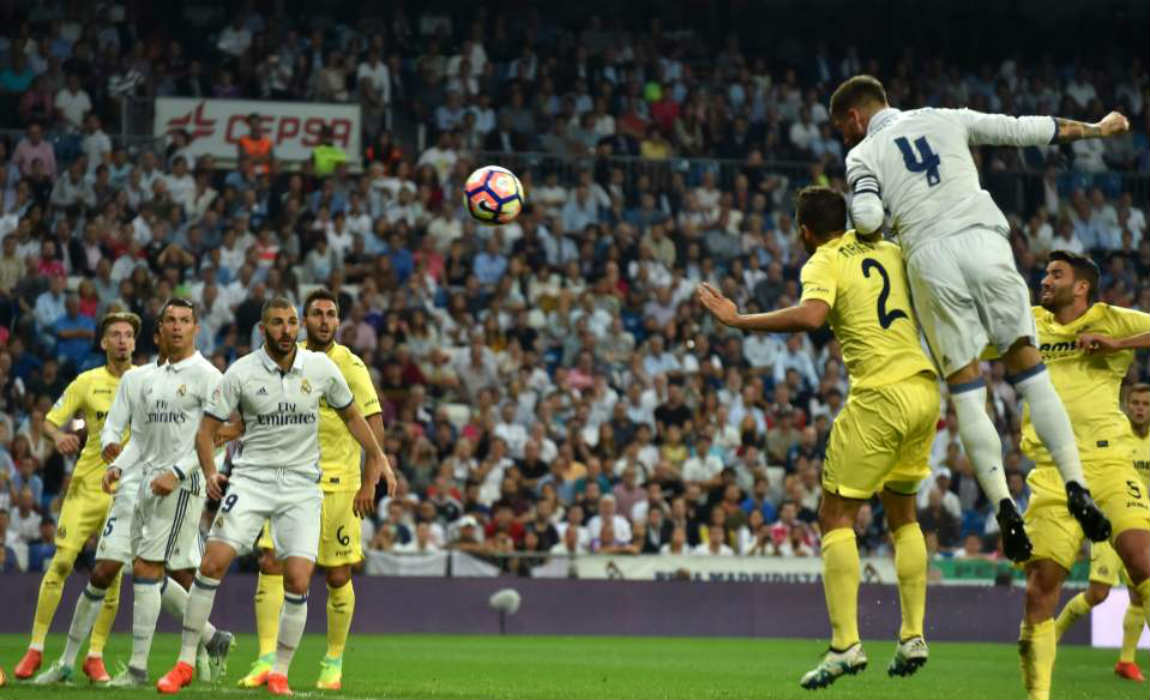 Real Madrid had Villarreal pinned in their own half for the first 20 minutes of the half, but the visitors were defending well with Bruno Soriano and Victor Ruiz their standout performers.

Bale saw a curling shot go just wide, before being replaced by Lucas Vazquez and Alvaro Morata replaced Benzema with 13 minutes left on the clock. 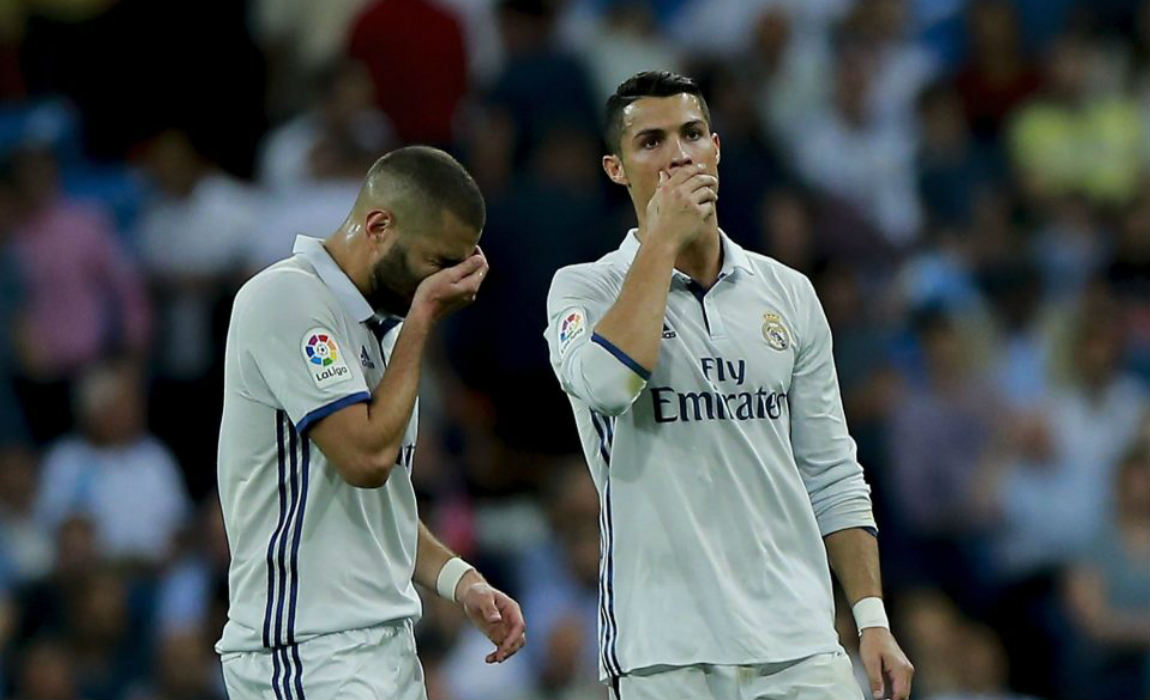 He saw a header tipped over the bar as Madrid kept the pressure on with Danilo finding space on the left time after time, but Villarreal held firm and took a well-deserved point.