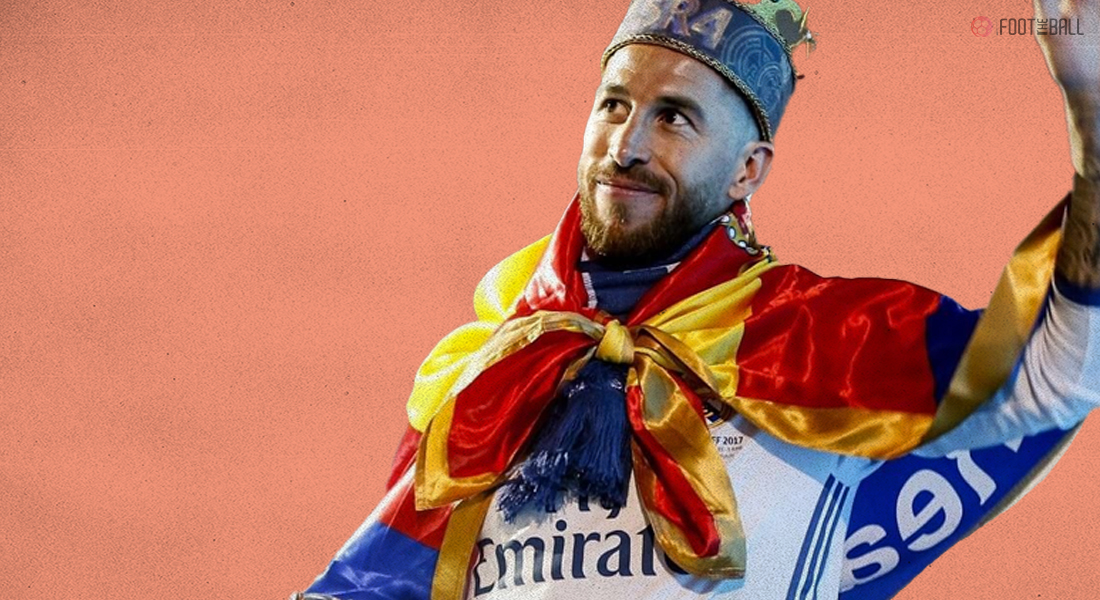 After spending a year and a half trying to negotiate and come to terms with the club captain, Real Madrid have reportedly withdrawn the final offer they made and Sergio Ramos is set to leave the club after completing his contract at the end of June.

The club captain and legend Sergio Ramos won 22 trophies with the Los Blancos in his 16 years with the club while making 670 appearances. During this period, he became the personification of what Real Madrid stood for — Power and Resilience.

The 35-year old defender will be a free agent and might move to another team if he decides to continue his playing career despite injuries ruining his final season at Real Madrid.

According to several reports, Real Madrid president Florentino Perez is planning a farewell for Sergio Ramos as he ends his 16-year stint with the Los Blancos.

Perez has been previously criticised for his treatment of Real Madrid legends and although Sergio Ramos is also leaving on a bad note, Perez wants to bid a memorable farewell to the legend and set things straight.

In a parting present to the Spanish defender, Los Blancos are planning for a photo session of him with the 22 trophies the team won with him. A symbolic gesture from the club to recognise his contribution to their success might just not be enough according to some of his fans.

WHERE DID THINGS GO WRONG?

Ramos had been a loyal servant to the club and gave many iconic performance and moments since his arrival from Sevilla in 2005.

He signed a new five-year contract and was made the club captain in 2015 following Casillas’ transfer to Porto and the club won three back-to-back Champions League trophies in the coming years under his leadership.

The persona of Sergio Ramos and Real Madrid complemented each other and it looked like the perfect match, but things didn’t go well as the coronavirus pandemic hurt the clubs’ finances and they could not agree on first, the salary and then the contract length.

Reportedly, the club asked all its players to take a 10% pay cut amid the financial instability due to the pandemic restrictions. Ramos was against this from the beginning but later agreed on the condition that he is offered a two-year contract instead of a one-year extension. The negotiations went over a year and a half but bore no fruits.

According to rumours, things got worse when he allegedly got to know that the money saved on current players’ contracts will be spent on new star players including the French young sensation Kylian Mbappe. This led to a confrontation between Ramos and Perez and the former denied signing a new contract with the club.

WHERE DOES HE GO NEXT?

With Zidane also leaving the club after the trophy-less 20/21 season, things have become uncertain at Santiago Bernabeu and the same goes for Sergio Ramos. The 35-year old has shown signs of ageing and made only 21 appearances for the club this season due to multiple injuries. He was also left out of the Spain squad for Euro 2020 by former Barcelona manager Luis Enrique.

He will be a free agent after his contract ends this June and can join any club on a free transfer, agreeing on personal terms.

Some of the rumoured destinations for the Spanish legend are in England and France.

Manchester United have struggled with their defence despite adding Harry Maguire, Aaron Wan Bissaka and Alex Telles to their defensive unit in the past two years. Ole Gunnar Solksjaer is looking for a rock-solid defender to partner with Harry Maguire and rumours suggest he is eyeing both Real Madrid defenders Sergio Ramos and Raphael Varane to fulfil his requirements.

Another possible destination could be Paris Saint Germain, where the rumoured cause of the rift between Ramos and Perez, Kylian Mbappe, currently plays. The French team had a disappointing season as they failed to win the Ligue 1 after hiring former Tottenham boss Mauricio Pochettino mid-season. They have also faced defensive troubles recently and need an experienced centre-back to help them dominate domestically as well as European football.