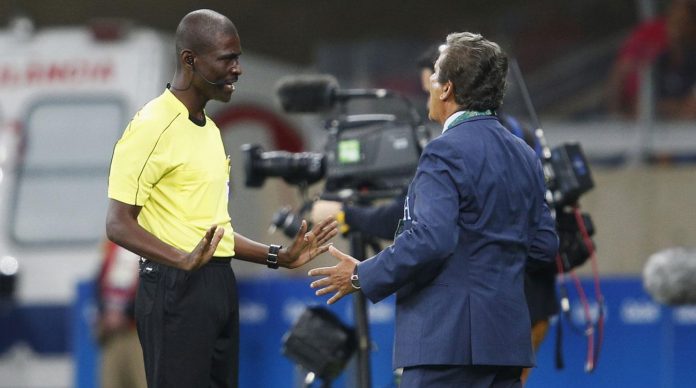 FIFA on Wednesday ordered that the World Cup African zone qualifier between South Africa and Senegal to be replayed this November, following the Court of Arbitration for Sport (CAS)’s decision to uphold the lifetime ban of match referee Joseph Lamptey for match fixing.

“The match will be replayed within the November 2017 international window, with the exact date to be confirmed in due course,” FIFA said in a statement.

In the matchup between the two sides on November 12, 2016, Lamptey awarded hosts South Africa a penalty for Senegal’s defender Kalidou Koulibaly’s hand ball.

South Africa converted the spot kick before going on to win the game, their only victory so far in the final phase of the World Cup African zone qualifiers.

However, video replay clearly showed that the ball just hit Koulibaly’s knee and dropped on the pitch.

The FIFA Disciplinary and Appeal Committees imposed a lifetime ban on Lamptey for match manipulation, which has recently been upheld by CAS.

According to the FIFA World Cup regulations, the decision for the World Cup qualifier’s replay shall come into effect immediately, while being subject to confirmation by the Organising Committee for FIFA Competitions at its next meeting scheduled on September 14.