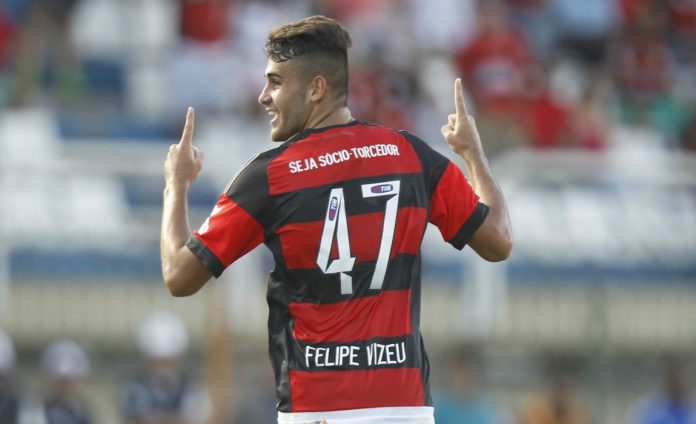 Brazil under-20 striker Felipe Vizeu could leave Flamengo for Sporting Lisbon during the European summer transfer window, according to media reports.

The 20-year-old has fallen out of favor under Flamengo coach Ze Ricardo, playing just 13 matches – mostly as a substitute – and scoring twice since January.

The Globoesporte news portal said Flamengo have placed a nine million-euro price tag on the forward, who has also been linked with Benfica.

Vizeu attracted the attention of Europe’s top clubs by scoring four goals in eight matches for Brazil during the South American under-20 championships in January and February.

He has scored five goals in 18 matches since being promoted from Flamengo’s youth academy last year.