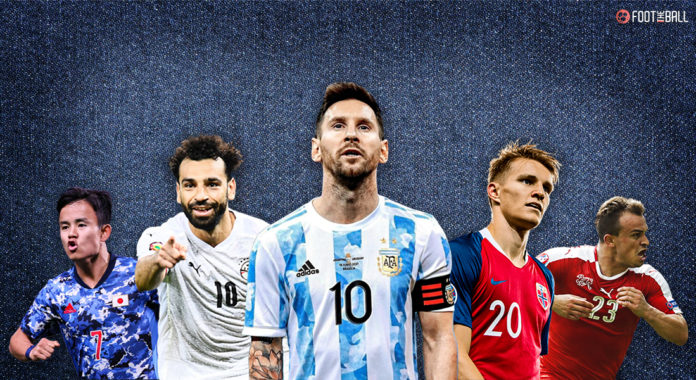 Lionel Messi. It is a name that has fascinated the world of football for close to two decades. 681 goals, 315 assists, seven Ballon d’Or, 10 La Liga titles, four Champions League and the list, goes on and on.

The Argentine’s influence has been such that many have dubbed him the greatest player ever to play football. And so clubs, media and fans alike started to search for the next Lionel Messi, the next superstar who would dazzle the footballing world like the original Messi.

This led to a trend where a player with enormous potential and talent was dubbed the ‘next Messi’. From Japan in the east to Mexico in the west, it seemed as if a Messi was being christened every year. Sometimes the tag was given by the coach of the respective player, sometimes by the media.

So, how did the respective Messi’s fare in their career?

Dubbed the Messi of the Land of the Rising Sun, Takefusa Kubo still has the chance to fulfil his potential. The 20-year-old joined Barcelona’s famed La Masia academy His freakish goal scoring ability led to his promotion from Barcelona under 11s to under 14s. However, his time at Barcelona came to an abrupt end as FIFA found Barcelona violating the transfer rules for players under the age of 18.

FIFA placed a transfer ban on Barcelona, which meant that he was not eligible to play for the Catalan club. So, he returned to Japan and joined FC Tokyo’s youth team. He became both their youngest player and goal scorer in the J League.

His performances caught the interest of Real Madrid, who signed him in 2019. Since then, he has been on a loan spree and currently plays for La Liga side RCD Mallorca.

Takefusa Kubo scored a goal for Japan and which nutmegged 4 players. pic.twitter.com/2QXlZ6dep7

By the end of his career, Mohamed Salah will be the player that may come the closest to emulating Messi’s career. The Egyptian had initially suffered heavily in England after his move to Chelsea failed dramatically. However, he resurrected his career at Fiorentina and then at AS Roma. This prompted Liverpool to buy him, and it has been perhaps their best investment ever.

The 29-year-old has an outstanding record at the club, with 155 goals and 63 assists in 250 matches. In addition, he has helped the club win the Premier League and the Champions League. He has scored 30 goals and 16 assists to his name in the current season. On performance, he, along with Karim Benzema, are the frontrunners for the Ballon d’Or awards.

Another successful player out of all the Messsis, Xherdan Shqiari has a career and trophy haul that most football players would dream of. Three Bundesliga titles, one Premier League title, two Champions League titles, and two FIFA Club World Cup shows his fantastic career.

He has also been part of epic matches such as Liverpool’s brilliant 4-0 comeback to knock Barcelona out of the Champions League.

After starring for FC Basel, he was snapped up by Bayern Munich, where he was part of a team that won the treble in 2012-13. His journey then took him to Inter Milan, followed by Stoke City and finally concluding at Jurgen Klopp’s Liverpool. His three years at Merseyside would get him a league title (Liverpool’s first in 30 years ) and a Champions League title. Shaqiri currently plays for Chicago Fire in the MLS.

Xherdan Shaqiri in the second half vs. Barcelona:

Few players may have been at the centre of the footballing world at the age of 16. Martin Odegaard was one of them. In 2015, he was considered a future star, with multiple big clubs across Europe chasing to sign him. Real Madrid won the race in the end.

However, it seemed as if he would be unable to live up to his potential for the next two years. However, after two fruitful seasons at Vitesse and Real Sociedad, he turned around his career and got a loan move to Arsenal. The Gunners were impressed by his performance in the 2020-21 season and made his move permanent.

And he has rapid the favour with a return of six goals and four assists with Arsenal well place for a finish in the top four.

Alan Halilovic, like Kubo, was a product of La Masia and was perhaps one of the most exciting prospects back in 2014. The Catalan side had signed the Croat from Dinamo Zagreb and immediately put in the Barcelona B side. However, he failed to live up to his expectations. After that, he found himself on a journey across Europe. He has played for Sporting Gijon, Hamburger SV, Las Palmas, AC Milan, Standard Liege, Heerenveen, Birmingham City and Reading.

I just remembered Alen Halilovic.
What happened to that guy?

At 25 years of age, he still is young, but it looks unlikely that he will be able to become the player that he was once touted as.

Back in 2015, another player got the tag of Messi. His name was Sardar Azmoun, who at the time was playing for Rubin Kazan in Russia. However, even with several clubs chasing his signature, he remained at Rubin Kazan before joining fellow Russian side Zenit St, Petersburg.

His three years at Zenit were highly successful as he found the back of the net 62 times, earning himself a move to Bayer Leverkusen, where he is currently playing.

It seemed as if 2015 was when every club was going after christened Messis as Manchester City signed the English Messi, Patrick Roberts. The teenager burst onto the scene at Fulham and was snapped up by City.

After just one season, he was sent on an 18-month loan to Scottish side Celtic. Although he won seven trophies there (three league titles, two Scottish Cup, and two Scottish Super Cup) in his three years, he failed to play regularly due to injuries.

He then went on a loan spree to Girona, Norwich City, Middlesbrough, Derby County and Troyes. Roberts currently plays at League One side, Sunderland.

I think Patrick Roberts just needed someone to put an arm around him and tell him how much potential he has, you don’t play for Man City etc if your shit. You must have something about you. And it looks like Alex Neil has done just that. #safc

At 22 years, Diego Lainez is another Messis who has time on his side. Lainez is a product of the Club America academy. The youngster spent five years in the youth team before being promoted to the senior side in 2017.

He finally showed a glimpse of his talent in the 2018-19 season, scoring six goals and providing two assists.

La Liga side Real Betis moved quickly to sign him. However, his three years at Los Verdiblancos have been underwhelming as he failed to step up for the team.

Making his debut for Dundee United at 17, Ryan Gauld was considered the next big thing for Scottish football. After that, his stock went further high as he helped Dundee reach the final of the Scottish Cup.

He then strangely moved to the Portuguese side Sporting CP, where he failed to nail down a starting spot. He then went on loan to various clubs such as Vitória de Setubal, Aves, Farense, and Hibernian. He now plays in the MLS for Vancouver Whitecaps.

The latest player to join the Messis club is Luka Romero. The teenager was born in Durango, Mexico, to Argentine parents and currently plays in Spain for the Italian side Lazio. He currently holds the Spanish, Argentine and Mexican passports and is eligible to play for any of those three nations. Romero’s family then moved to Spain, where he joined the RCD Mallorca’s youth academy. His rise was swift as he made his debut for the senior side in the 2020-21 season.

At the start of the next season, he was bought by the Italian club, SS Lazio. So will he be the next Messi? Well, only time will tell.