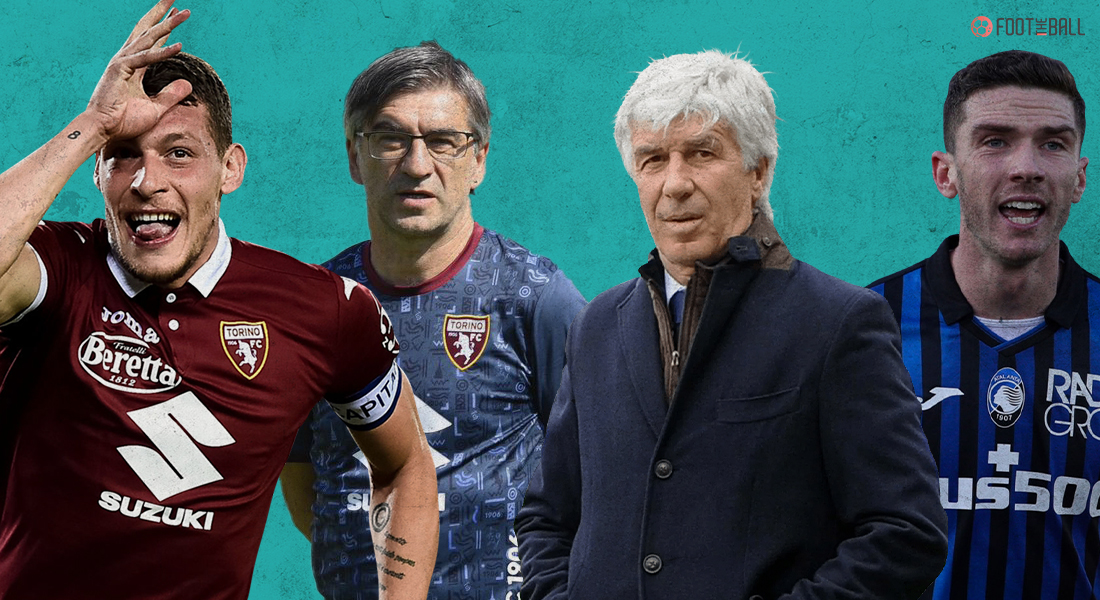 SERIE A PREVIEW: Torino vs Atalanta- Torino will face a motivated Atalanta side looking to build on their success from last season

The Italian stage is set for another entertaining Serie A season, with an enticing encounter on the cards as an ambitious Atalanta side kicks off their season with a trip to Torino on Sunday.

Torino will go into their first encounter looking to put their pre-season woes behind them. They did start their pre-season with a roar, thrashing bottom-tier club F.C. Maia Alta Obermais 11-0, however, they have failed to regroup following that victory, drawing one and losing two of their last three friendly matches.

Ivan Juric, the respected ex-Verona manager, becomes the fifth manager in through the doorway in the last three years as Torino attempts to recover from a disastrous season that saw them avoiding relegation by a whisker. The uncompromising Croatian manager has a tough road ahead of him as he tries to transform the culture and mindset of an almost unaltered group from the last campaign.

On the other hand, Atalanta will be aiming to build on a fantastic season in which they finished third in the Serie A table, above Italian giants Juventus and one point below AC Milan. Despite some frustration during the conclusion of the previous season, La Dea managed to qualify for a return to the Champions League and are once again among the contenders to challenge Juventus and defending champions Inter in the top division.

Atalanta had a productive preseason, with two victories and one stalemate from five games. However, their pre-season concluded in loss as they were defeated 3-1 by Juventus in their final friendly encounter. They have so far retained the majority of their brilliant team together, so the likelihood of them finishing as Serie A top scorers for the fourth season in a row is extremely foreseeable. With Christian Romero departing for Tottenham and Duvan Zapata a major priority for Inter after they allowed Lukaku to return to Chelsea, Atalanta have done some business of their own, signing Matteo Lovato and Merih Demiral.

Ivan Juric will be without Simeone Zaza, who has been ruled out with a knee injury. Torino’s star-striker Andrea Belotti is also questionable for the encounter after being taken out in the 41st minute of their Cup match against Cremonese.

In addition to Cristian Romero and Pierluigi Gollini departing for England, Gian Piero Gasperini will be without Marten De Roon, Remo Freuler, and Rafael Toloi for their opening encounter due to suspensions. Hans Hateboer is still out for Atalanta as he recovers from a fractured leg.

Luis Muriel is a dynamic striker who can be deployed as a supporting striker or as the lone target-man upfront. Last season, the 30-year-old spearheaded Atalanta’s offense alongside Zapata. Despite only starting 16 of 36 Serie A fixtures, he managed to score 22 goals and assist 9 others despite his minimal time on the pitch.

Last season, the Colombian attacker excelled and was only second only to Robert Lewandowski in terms of goals-per-minute in Europe’s top five leagues, finding the net every 65 minutes on average. He’s a quality dribbler and facilitator with a powerful right foot and a propensity for long-range shots. Muriel possesses exceptional positional awareness and is well-known for his movements and runs in the final third.

Given the possibility of Andrea Belotti’s absence for this encounter, Torino will be lacking in offensive panache upfront. As a result, they will have to employ a defensive strategy to keep the talented Atalanta attackers at bay. And the man that will be manning Torino’s defensive line is Gleison Bremer.

Bremer is neither the quickest nor the most technically gifted defender, but he is a highly serious and athletic defender with a massive body that gives him a commanding presence. He has composure, has excellent balance, clean tackling, and physical strength. With his remarkable aerial prowess, the Brazilian also has a knack to find the back of the net, as seen by his 5 goals in Serie A last season.

Torino will be looking to put their disappointing season behind them and start the new season on a positive note. However, a quality Atalanta team, that has thoroughly demolished their counterparts for this matchup in their past three encounters, scoring 14 goals in total, stands in their way.