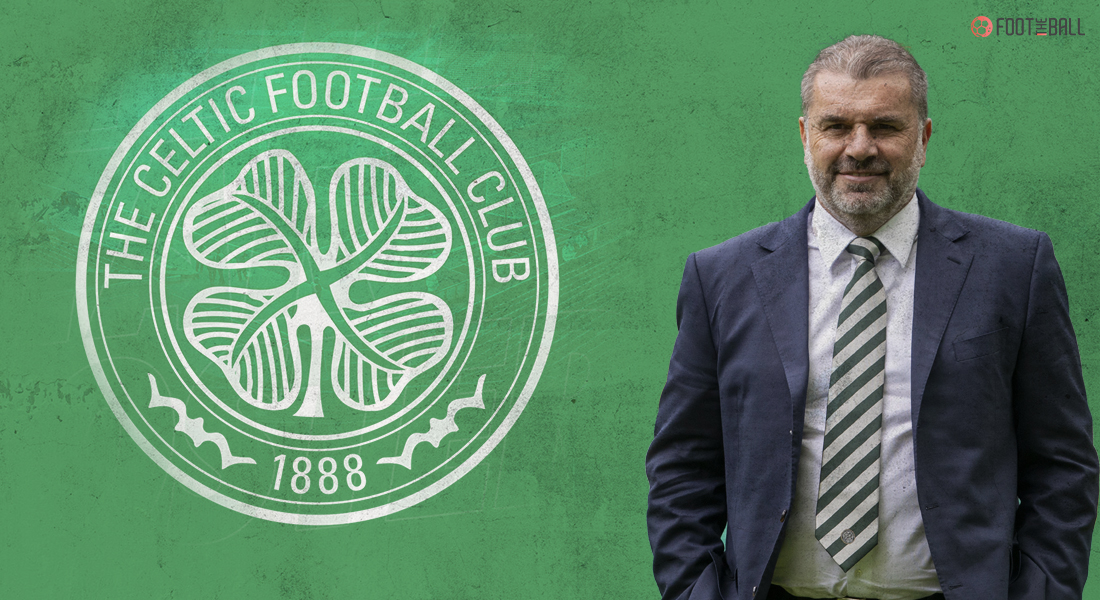 There appears to be a new sunrise in Glasgow, as Celtic have been menacing like their former selves. After limply surrendering the Scottish league title to Gerrard’s rampant, unbeaten Rangers, Celtic came back roaring last season to take the title back. This season, they’ve stormed out of the gates yet again. A 9-0 away win marks against a sorry Dundee United side has catapulted them into the wider public consciousness. Their team, and coach, are no longer flying under the radar.

And much of the credit can be attributed to Ange Postecoglou, who has brought a positive mentality as well as an effective tactical approach to assist Celtic to climb out of the rut they found themselves during Rangers’ heydays.

After making a name for himself in his home country as well as Japan, the Australian manager had the biggest assignment of his career under his belt as Celtic looked to rebuild after finishing 25 points behind Old Firm rivals Rangers in the league standings during the 2020-21 season.

More than a year in, with Kyogo Furuhashi on fire in front of goal, Jota rediscovering the potential that made him a wonderkid once, and the squad playing a quick, energetic and beautiful brand of football that has been strongly embraced in the Celtic dugout, Ange-Ball has been the topic of much discussion in Scotland.

Ange Postecoglou is a manager that has his own ideology and playing style. His sides are known for being relentless in the press and putting a strong focus on attacking football.

A lot of emphasis is placed within that framework on moving the ball out from the back, as well as the pace with which the players distribute the ball. The usage of inverted full-backs, however, is one of the most contemporary and sophisticated parts of Ange’s tactical style.

For starters, by joining the midfield during the offense, the inverted full-backs offer protection in the center of the park, allowing the midfielders to advance forward with greater flexibility. Thus arrives the concept of the “Free 8s” or “Mezzalas” in central midfield.

When the inverted fullbacks do surge forward, their horizontal positioning allows them to take advantage of the narrow gaps between the opposing fullback and center back.

However, in order to carry out this strategy, the full-backs must be tactically competent enough to perform the role. And Ange Postecoglou certainly has two outstanding full-backs in Juranovic and Greg Taylor under his belt at Celtic Park.

Building from the back and beautiful possession-based play have been prominent in Ange’s managed teams and the same has been the case with Celtic. Even though the shape can vary, the search for superiorities and triangles is always evident.

There are players between the lines who can move centrally, and there is constant width at all times. The basic objective is to build up and attract opponents in order to generate gaps and a free man.

Normally, the central midfielders/interiors stay a bit high to attract rivals and generate more spaces at the base, where the single pivot and the centre-backs are in charge of constructing a play. However, an interior can drop deep if needed.

Off the ball, Celtic construct a 4-2-3-1 or a 4-1-4-1 defensive formation in the centre of the pitch. They play with a high block and focus on winning the ball high up the field. In addition, the defenders push higher and aim to position themselves around the halfway line.

They press with many men and yet are always extra protected with the 2 centre-backs, a pivot, and a wing-back. They press with the 3 forwards and the two midfielders, and the wing-back pushing high to mark the ball-near full-back. Their objective is to trap their rivals into one-quarter of the field.

Once they recover possession, since they have so many people inside rather than wide, they have options to play progressive passes to break lines and get into 1v1s with the keeper. Their complexity and coordination have been utopian, as evidenced by their performances.

Celtic’s defending has been very proactive, obviously with a high line and aiming to press. The defenders are not afraid to come out of their zone to rush the opposing attackers. Again, the formation in which this is done fluctuates.

But it is the fundamentals, the principles of achieving superiorities and making the pitch as big as possible in offence and as small as possible in defence, that always remain a must for Ange.

Celtic had fallen behind a resurgent Rangers side before Ange Postecoglou took charge of the team. Fluffed managerial appointments directionless recruitment had given way to fan discontentment and a general feeling of unease amongst the supporters. In such trying times, Postecoglou’s fearless brand of football came as a breath of fresh air.

Since the Aussies’ appointment, Celtic have again started to look like the most dominant side in the Scottish Premier League. Celtic will make their first UCL group stage appearance since 2017-18 as Scotland makes history by having two Scottish sides in the group stages since 2007.

On the bigger stage, in front of a larger audience, under the bright lights of the Champions League, Ange Postecoglou’s charges will be tested like never before. Being drawn in a group with the European Champions, the journey is going to be difficult. However, facing a tough challenge and making the most of it has become a running theme of Postecoglou’s career. It wouldn’t be a wise bet to rule out Celtic’s chances in the group. On the domestic front, they already look like the best side in the league by some margin. These are exciting times for Celtic fans, and they’ll hope Postecoglou’s remains at the club to extend these times for long.