Chelsea into the final 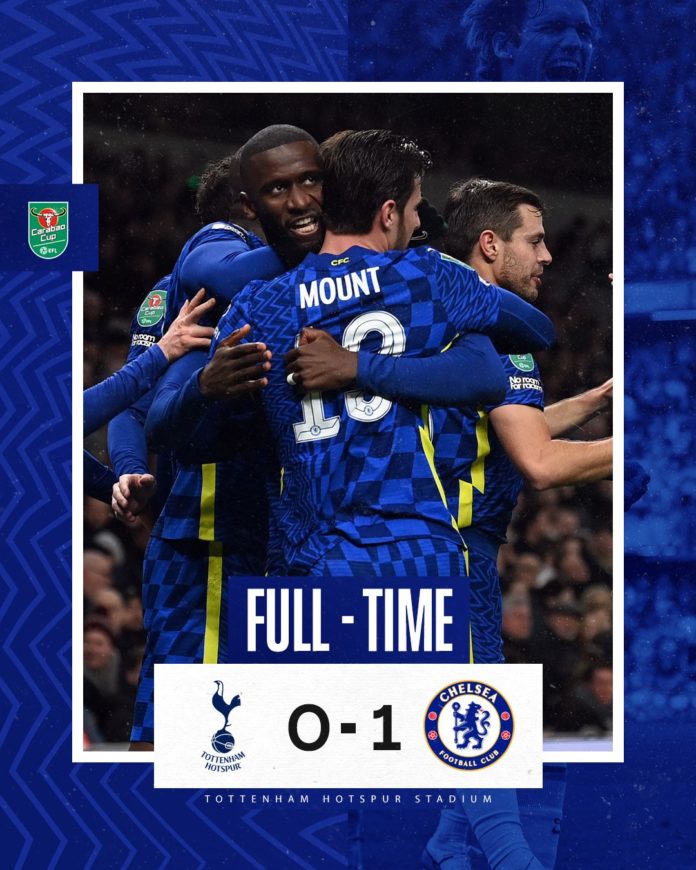 Spurs came into the second-leg, knowing they had a mountain to climb. A 2-0 deficit to overturn against Chelsea is no walk in the park. Antonio Conte would have to pull something really special in order to best his old side.

It was pretty even start to the game, with the away side getting the first chance. A long ball over the top reached Romelu Lukaku who brought it down and fired at Pierluigi Gollini, but saw his shot well saved. However, it was the goalkeeper’s poor decision that led to the opening goal. Rushing out to punch a corner away, Gollini got nowhere near the ball as Antonio Rudiger proved to be too strong and touched it into the net.

Callum Hudson-Odoi was the next to try his luck but Gollini was firmly behind his low strike to push it behind. Harry Kane had a half chance for Spurs right at the halfhour mark, the ball just evading his full stretched leg from a corner that was flicked on. Just before halftime, there was some real brouhaha.

Andreas was all of us! 😎

Ten until the break! ⏱

Rudiger was adjudged to have brought down Pierre-Emile Hojbjerg from behind as the referee pointed to the spot. However, upon a VAR review, the foul was seen to have been committed outside the box and only a free-kick was given. Neither team had any more chances to score as the score remained 1-0 with Chelsea all but secured of a place in the final.

The start to the second half was much of the same as Chelsea controlled much of the ball and looked comfortable doing so. Incredibly, Spurs were awarded another penalty after Kepa bundled over Lucas Moura. Upon another VAR review, the replays clearly showed the goalkeeper getting the whole of the ball first and again, it was overturned. Minutes later, it was Emerson Royal who had a header on target that was firmly palmed out by Kepa.

But he almost turned into the villain, a sloppy backpass leaving him stranded as Kane rifled the ball cut the deficit. However, Kepa’s advanced position meant the England striker was offside when he struck the ball and Spurs’ bad luck continued. There was a medical emergency in the crowd late on but thankfully, everything was okay and the wellbeing of the fan was ensured. Chelsea picked up the win and march into the final.

Yes, they can count themselves unlucky to have two penalties and a goal overturned in the same match but all of them were the correct calls by VAR. In truth, Conte’s side never really got going though they showed more spirit than the first-leg for much of the 90 minutes. The absence of Heung-Min Son was a big blow with Giovanni Lo Celso not an adequate replacement in attack. The quality of their opposition was just too much to get through, even before Gollini made a mess of the corner that allowed Chelsea to score on the night. Good showing from Spurs with some half chances for Emerson and Lucas Moura but that was never going to be enough.

It was as polished a performance as one would expect from Thomas Tuchel’s men. They were never cocky, never played with any risks apart from the instance when Kepa made a hash of clearing the ball that led to the disallowed goal. Aided by the healthy lead from the first-leg, the Blues were further boosted by Rudiger’s early goal. The midfield was comfortably overshadowing that of Spurs’ while Timo Werner had some brilliant movement and touches in attack.

Antonio Rüdiger has scored 6 goals for Chelsea since the start of the 2019/20 season:

Hudson-Odoi looked confident all throughout on attack and defence as Tuchel also welcomed back some veterans in Thiago Silva and N’Golo Kante during the latter part of the match. Spurs were never really going to get past this Chelsea side on the night and so it proved.

SPURS IN NEED OF REINFORCEMENTS

It is clear that the home side need help from the January transfer window, with Conte already stating the obvious in recent days. The midfield is a shadow of yesteryears, and the front line is already missing the South Korean. The truth is Spurs simply do not have enough top quality players to beat Premier League oppositions on a weekly basis. Dele Alli and Tanguy Ndombele are woefully out of form. Bryan Gil is still finding his feet in England while Ryan Sessegnon is playing at this level after many months. Spurs need to get personnel in or they can slide down the league table in no time come the business end of the campaign.