Super Cup but for whom? 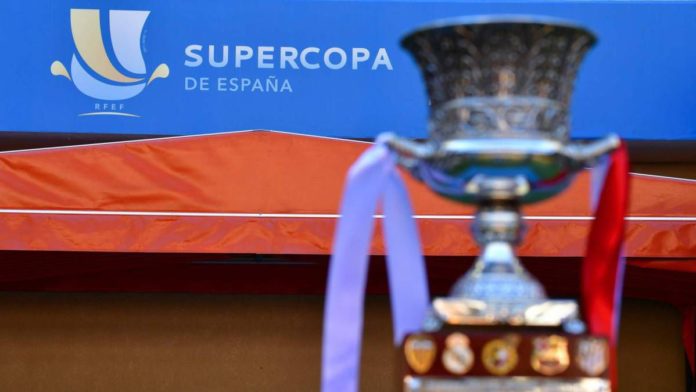 While most of the European leagues are getting back to normalcy at the start of the new year, there is some big intercontinental news coming out of Spain. The latest edition of the Supercopa de Espana (Super Cup) is set to take place back in Saudi Arabia, where the 2019-20 one was held too.

The Kingdom and the Royal Spanish Football Federation (RFEF) had agreed a contract to host the cup competition in Saudi Arabia till 2029. In exchange, the Spanish authorities receive $34 million a year. Last year’s tournament was held in Spain itself, given the situation of pandemic but the questions on a variety of issues that arose in 2019 are back now, and stronger than ever regarding this whole situation football and politics and human rights.

The detractors are many

First and foremost, whenever there is any sort of sporting event held in Saudi Arabia, the wider context of the political and human rights issues have to be clubbed together. The lack of women rights and equality among genders, criminalization and inhuman punishment for anyone found to be from the LGBTQ+ community is something that has been highlighted time and again.

Saudi Arabia must stop holding Tigrayans in abhorrent conditions and deporting them to Ethiopia, and instead help the UNHCR to provide them with international protection. https://t.co/oWSeAl8I7g pic.twitter.com/WcLADYQfht

Furthermore, the suppression of any kind of dissent, press, and alleged disappearances/arrests of people perceived as enemies has been a constant over the years. Mohammed Bin Salman (MBS), the Crown Prince, garnered international notoriety in 2018 after the murder of a prominent journalist and outspoken critic of the regime Jamal Khashoggi in the Saudi Arabian consulate in Istanbul.

The government regime was said to be heavily involved in the killing, and the Western world has not really forgotten the whole incident and the outrage that followed.

The street in front of the embassy of Saudi Arabia will be called "Jamal Khashoggi Way," after the Washington city council voted to honor the Saudi journalist murdered by government agents https://t.co/OmdnXeVbEb pic.twitter.com/AxqDttddbp

MBS is aggressively pursuing his ‘Vision 2030’ which intends to change the perception that the world has towards the Kingdom as a whole. Sports plays one of the most key roles in MBS’ plan.

An ever-growing concept where political regimes, embroiled in human rights violations and suppressing rights aim to improve their image through huge investments in sporting events. United Arab Emirates-backed “City Football Group” purchased Manchester City in 2008 before moving on to create their holding company that now has several clubs across various continents under its umbrella.

The City Football Group added a 10th team to their network today.

They own three clubs outright — Manchester, Melbourne and New York City — on three different continents and own shares in three other European clubs to avoid issues with UEFA's conflict of interest rules. pic.twitter.com/RttT2ziHsj

Qatar-backed “Qatar Investment Authority” owns PSG and the country is of course the host of this year’s FIFA World Cup, which has seen several nations and players speak out against the human rights abuses being purported. Saudi Arabia became the latest owners of a football team, their State-backed “Public Investment Fund” acquiring Newcastle United last year.

However, the country had remained relevant in the world of sports much before that too as they have hosted the Dakar Rally, WWE events, an F1 race and the 2019 Italian Super Cup. The deal to host the Spanish Super Cup for 10 years (now nine) is yet another step in the direction of inviting more investors, sponsors and sporting authorities to hold events in the country in order to deflect criticism on other aspects.

Raul Garcia became the first player from the four teams involved in the Super Cup to strongly voice his opposition to the whole project. The Athletic Bilbao forward blasted the decision to play the competition in a foreign land, discarding all thoughts of fan involvement back in Spain as the sport has become more money-oriented.

Athletic Bilbao's Raúl García does not think the Spanish Super Cup should be played in Saudi Arabia. pic.twitter.com/fG0HHxNdHr

There are few who will dispute Garcia’s points, as player welfare and fan spectacle does tend to take a back seat more often than not nowadays. The rushed start to the new league season both in 2020 and 2021, the congested fixtures list in winter, the little rest between international duty and club matches, and more are all indicative of the game moving more towards the spectre of earnings and profits.

🗣 "If the players or managers come together and make a strike, just for the words it's not going to be solved."

Pep Guardiola hints that a strike may change the outlook on the fixture congestion but plays down any hope of that pic.twitter.com/vWdXTtuybJ

What can be done?

In a word- nothing. In two words- nothing much. Players are bound by contract to honour their club commitments, no matter where the matches are actually taking place. However, the ways to protest are still there and to show that even though football is on, the bigger sociopolitical issues are not forgotten.

Amnesty International, one of the leading NGOs which campaign for highlighting human rights crimes, has given purple armbands to each of the four teams and Spanish federation officials to wear during the games in order to let their solidarity known.

This follows seven-time F1 champion Lewis Hamilton wearing a rainbow-coloured Progress Pride helmet in Qatar to draw attention to the rising cases against people of the LGBTQ+ community. Small steps but some things need to be done.