Time for No Mo 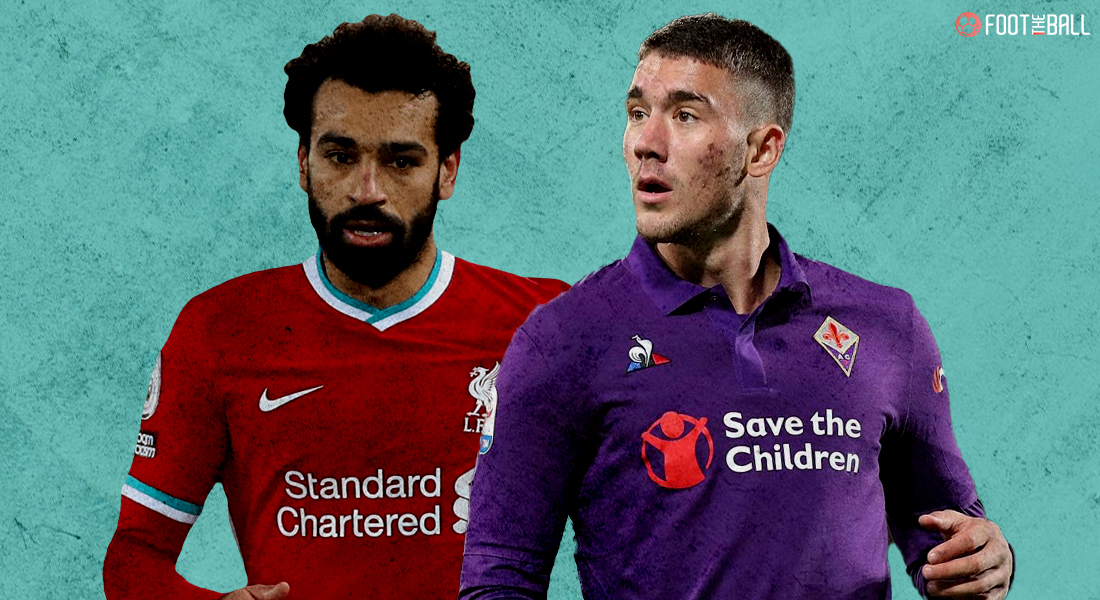 As rumours continue to swirl about Liverpool right winger and Egyptian superstar Mohamed Salah’s impending move to the Spanish capital to play for Real Madrid, the Reds are reportedly intent on landing 21-year old Serbian forward Dusan Vlahovic this coming summer to bolster their squad and potentially fill the void that Salah leaves behind at Anfield.

If he does decide to shift his allegiance to the Spanish club. Vlahovic currently plies his trade in the Italian Serie A playing for Fiorentina.

As the Florentine club continues its descent down the Serie A table – it is languishing in 14th place in the Italian top-flight and has won only one of its last five games in the league -, Vlahovic, on the contrary, is on a meteoric rise as far as his statistics for this season are concerned. He is La Viola’s top scorer across all competitions this season with thirteen goals, and has even supplied two assists.

When it comes to his performance for the Serbian national side, Vlahovic has netted two goals since making his international debut last year in October. He has made his way into the Serbia setup and surely appears to be one of the Eagles’ most pivotal performers in World Cup qualifiers, outshining Luka Jović off his path in the process.

The 21-year old is being compared with Borussia Dortmund’s Erling Haaland when it comes to his performances on the pitch and everyone is of the opinion that he’s got as much potential as any other forward on the planet.

Based on Liverpool’s lousy and indifferent form throughout the season, the Reds might need some reinforcements in order to challenge for trophies on all fronts next season, and one area where Klopp’s side can do with an addition is the team’s frontline – where the famed non-European trident featuring Mohamed Salah, Sadio Mane and Roberto Firmino haven’t been as lethal and clinical as in the past two seasons for the Merseysiders.

Even though Salah is Liverpool’s top scorer this season in all competitions, the less-than-impressive outings of fellow forwards Mane and Firmino have cost the Reds their Premier League title this season and they are also trailing Real Madrid by two goals ahead of their second-leg quarterfinal tie in the Champions League.

In such a situation, Salah’s transfer to Los Merengues will leave the Reds in a precarious position, thus making the addition of firepower an absolute necessity for the 2021-22 season.

INTEREST FROM OTHER CLUBS

Fiorentina, on the other hand, are aware of the value of their 21-year old forward, who is being watched and observed by the crème de la crème of Europe at the moment. The Italian side are keen on extending the Serbian’s contract that might stretch his stay in Tuscany’s capital city to detract any suitors that might be hoping to land his signature on a long-term contract.

As the Serbian forward continues to showcase his skills and talents on the pitch week in and week out, interest from other clubs will keep burgeoning and it will surely be interesting to see where the player referred to as ‘The Very Big Teen’ by fans will end up playing next season