TO FEED OR NOT TO FEED? 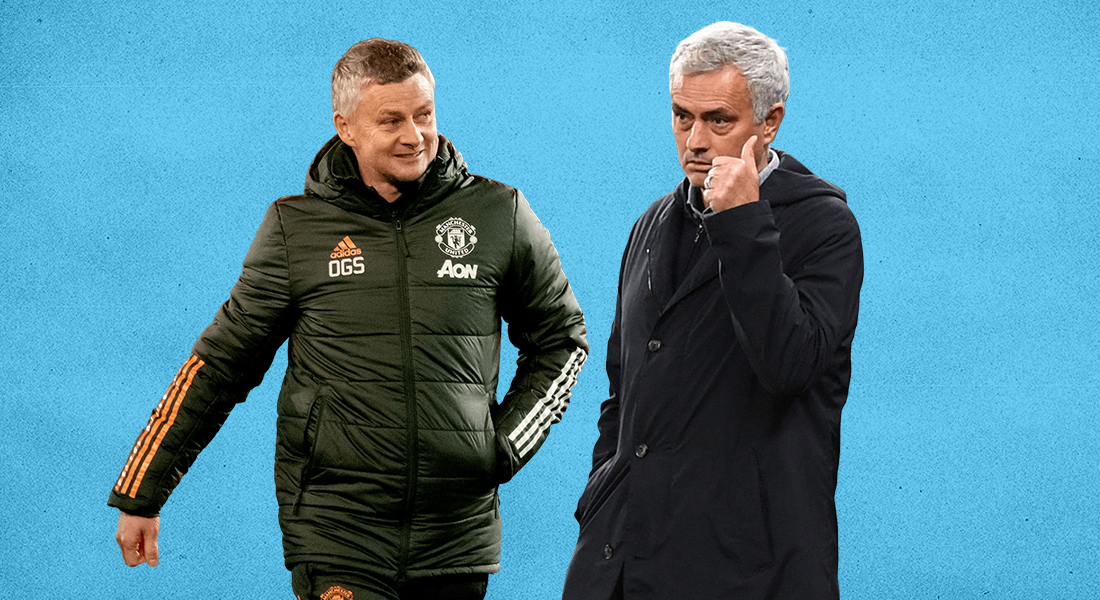 In the 34th minute at the Tottenham Hotspur Stadium, Edinson Cavani thought he had given Manchester United the lead after slotting in from a Paul Pogba pass.

Three minutes and several replays later, the goal was ruled out because of a foul on Son Heung-Min in the build up by Scott McTominay. The Korean attempted to stop McTominay with his hand as the midfielder dribbled past him. The Scotsman brushed aside his arm with his own hand which flicked Son in the face.

The decision brought with it the usual claims of death of the game and so on despite it being a marginal judgement call. Fans and pundits alike blamed Son for staying down too long to force a decision from the referee.

I don’t recognise the game any more. This is NEVER a foul. 😡 pic.twitter.com/HSU6cZwyHm

Looking at it again, Son tried to pull McTominay first. But Son was smart enough to fall to the ground after being touched.

When asked about it in the press conference, United manager Ole Gunnar Solskjaer said “If my son stays down like this for three minutes and needs 10 minutes to help him up, he won’t get any food.” A jest, not well taken by his counterpart Jose Mourinho. “Sonny is very lucky that his father is a better person than Ole. Because I think as a father, I am a father, you always have to feed your kids no matter what they do,” the Portuguese said in reply.

Twitter naturally had a field day over the mini spat.

Son is making a meal out of McTominay’s hand. Ole G says it wouldn’t have given him food if he was Son’s father. Jose says he is glad Son is not Ole G’s son

Rashford when he heard Ole say he’s not feeding his kids 😭
pic.twitter.com/vLRM4SIsAw

Solskjaer’s men turned around a half time 1-0 deficit with three goals in the second 45 from Fred, Cavani and Greenwood.

The defeat left Spurs six points behind West Ham in fourth place in the Premier League with just seven games left to play. Fans were quick to call for Mourinho’s head after the match.

Spurs lose this and thats top 4 done for them. Say goodbye to Kane and Son because no way will they be playing europa league next season. Jose Mourinho is washed up and finished. Needs to retire now

They are waiting for that cup final game to make their decision. I'll be surprised if we pick up a win at all for the last few games of the season. We have everton next which is not a game you want after yesterday performance. Everyone is to blame.

Mourinho's greatest achievement is no longer coming 2nd with United – it's turning Son from one of the most likeable players in the league to…this. #TOTMUN

Mourinho had a turbulent relationship at Old Trafford with several players, including Pogba and Luke Shaw, who have arguably been United’s two best players this season. Solskjaer got revenge for the 6-1 defeat earlier this season and the day was truly won by the Red Devils, on and off the field.

Solskjaer and Shaw celebrating in front of Mourinho 😂 pic.twitter.com/Qzla4OVyYp

After the ‘Ole Mourinho Son’ debacle, Tottenham and Mourinho’s season now relies on a single match – their Carabao Cup final against Manchester City later this month. The game could be decisive to the future of several individuals at the club, both player and staff.

United meanwhile are looking up and putting the pressure on Manchester City. They are also well poised to qualify for the Europa League semifinals. Two roads diverged in North London and it is clear which club is on the right one.