England football fans have been starving for a silverware for a long time that you they will forgive them for getting a bit carried away after their U-17 side won the World Cup by hammering Spain by five goals.

The Young Lions put on a jaw dropping performance as they came back from two goals down to beat Spain 5-2 and seal their second youth World Cup in a span of few months as their U-20 side also tasted glory earlier this year.

FIFA U17 World Cup topped off a superb tournament for the England team as Liverpool prospect Rhian Brewster scored eight goals to earn the golden boot award and Manchester City’s Phil Foden took home the player of the tournament trophy.

FIFA U17 World Cup India made history as the tournament claimed the award of highest attendance as compared to the others. Here’s how Twitterati reacted to England’s win. 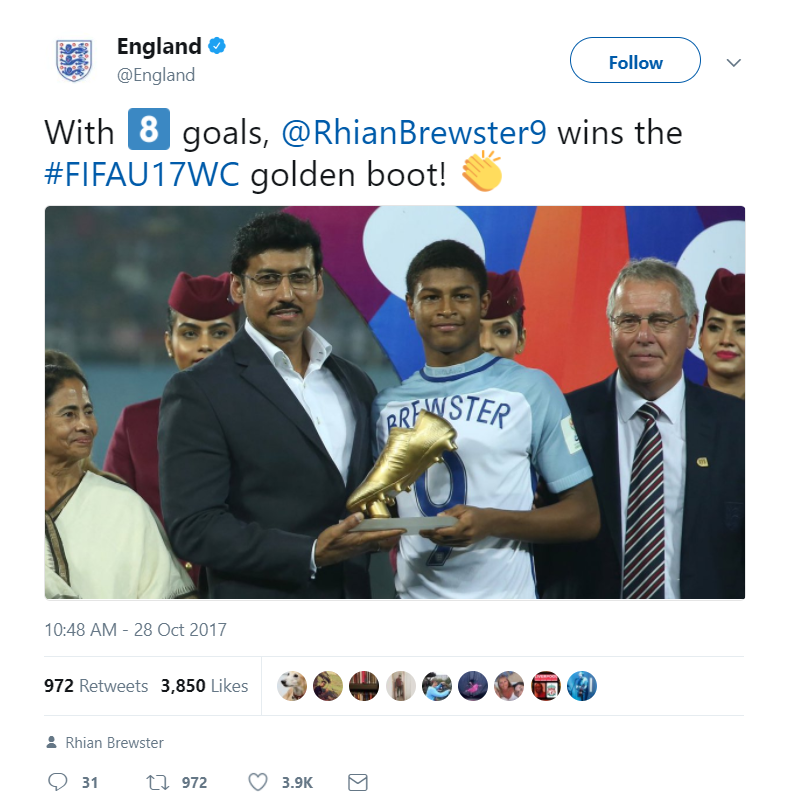 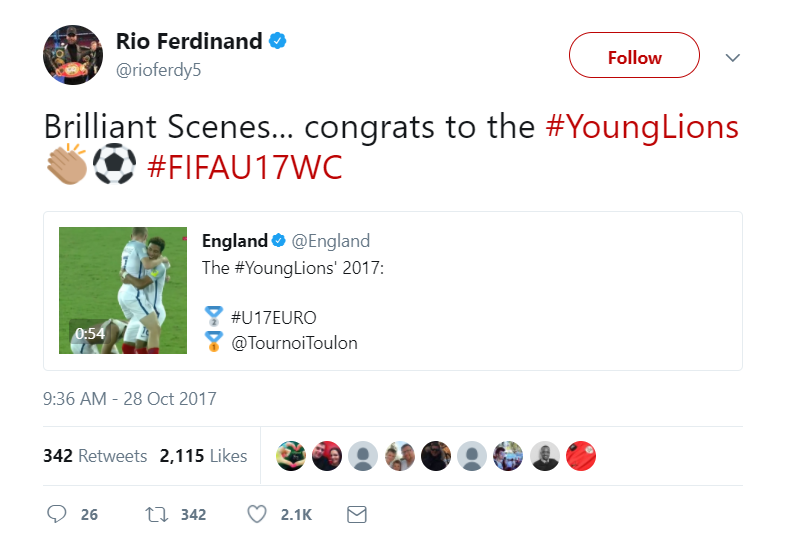 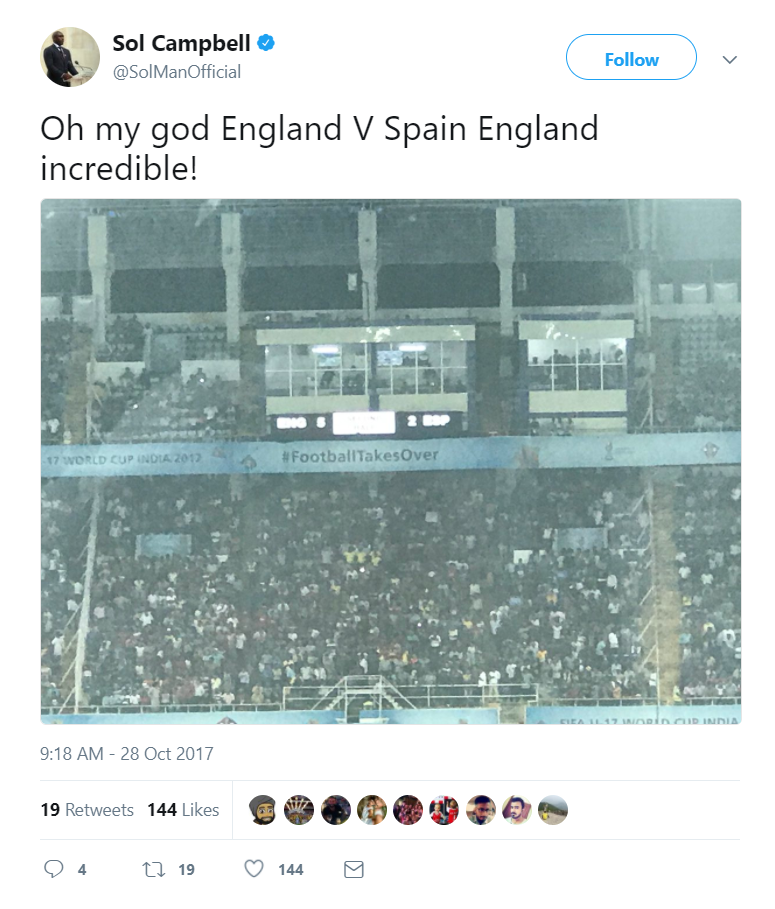 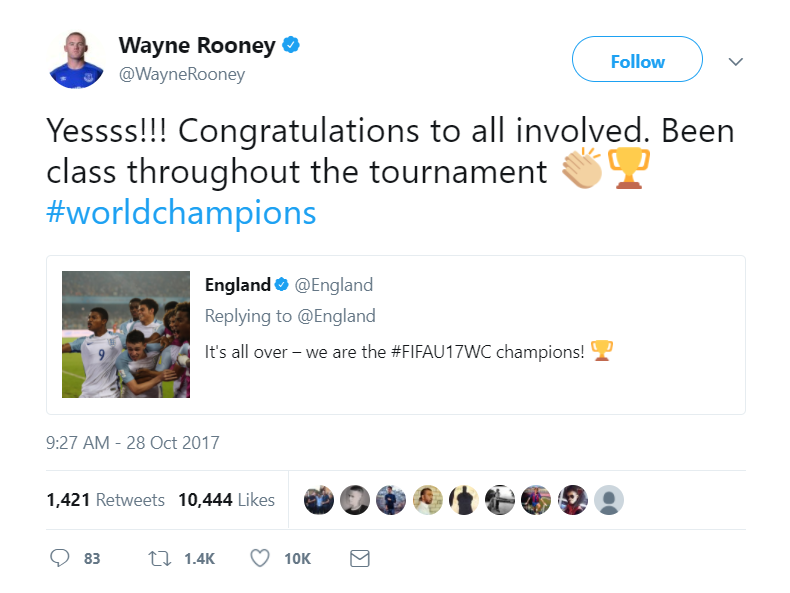 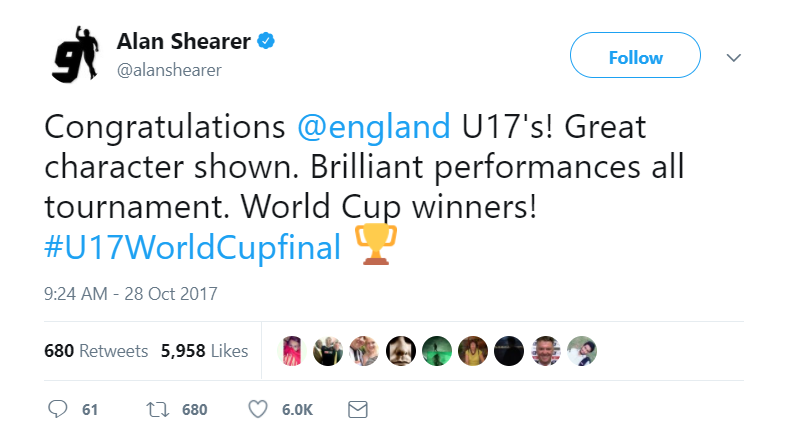 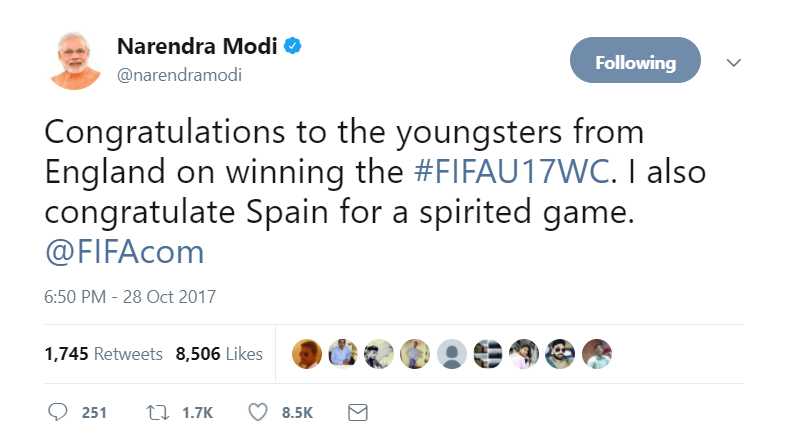 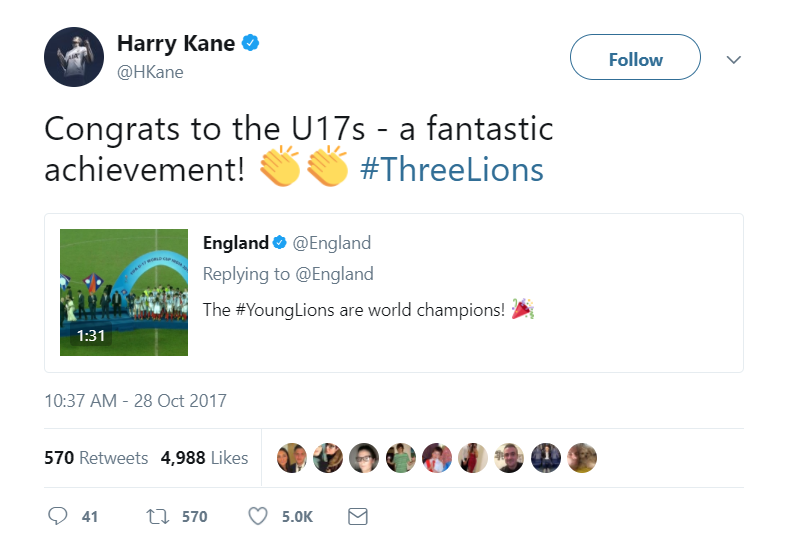 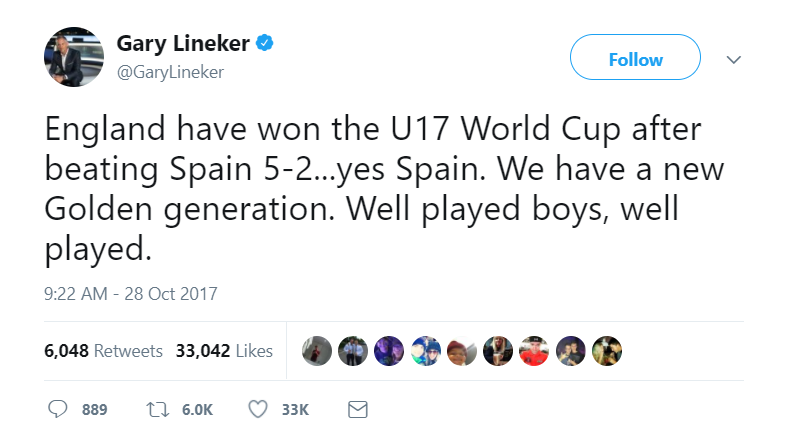