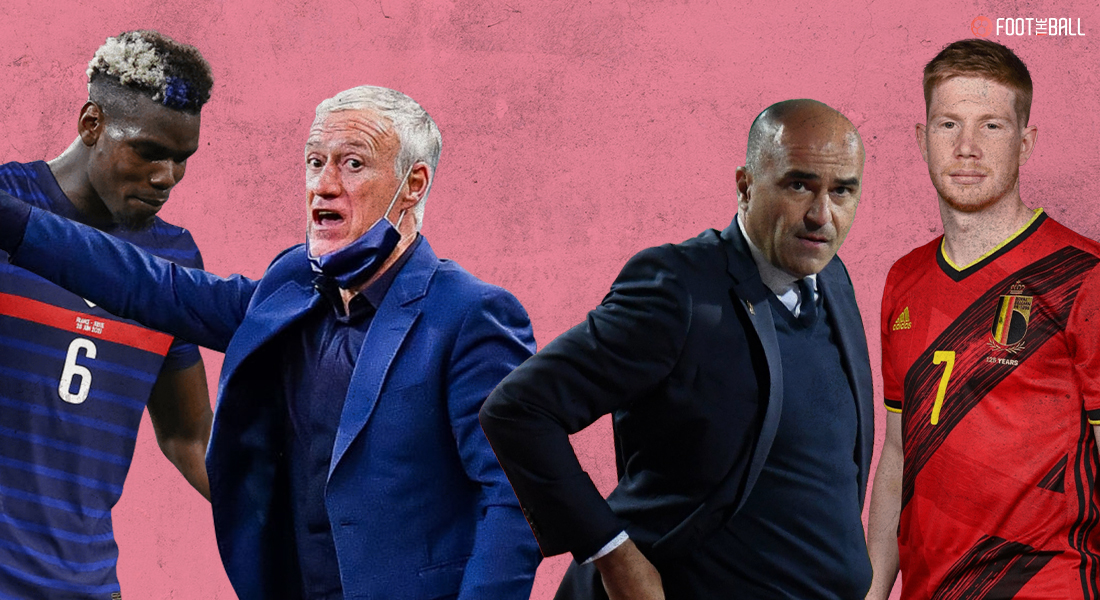 Belgium take on France in the second semi-final of the UEFA Nations League on Thursday evening in Turin as both sides look to bounce back from a disappointing Euro 2020. The two sides face off for a place in the final on Sunday, October 10th against the winner of the first semi-final between Spain and Italy.

Reigning world champions France have struggled for form in recent months – drawing with Ukraine and Bosnia and Herzegovina after their defeat to Switzerland in the Euros. They did however go unbeaten in a strong Nations League group, drawing just once with Portugal and recording wins home and away against Croatia and Sweden.

For Roberto Marinez’s Belgium, this could be the last chance at a trophy with an ageing squad and rumours circulating about the manager’s position. The Red Devils bounced back well after losing to eventual champions Italy in the Euros with three consecutive wins against Estonia, Czech Republic, and Belarus.

The two sides met in the 2018 World Cup semifinal as well, when Samuel Umtiti’s solitary goal handed France the win.

Belgium do not have any injury concerns and Martinez can pick his best eleven, even though he may not know what it is. He is likely to stick to the 3-4-3 formation which was originally used to service Eden Hazard but is perhaps not the best choice given that there is no natural position for Kevin De Bruyne in that lineup.

📝 Here are the Devils for the Final 4️⃣. 🇧🇪 #DEVILTIME pic.twitter.com/1gXcD9ribn

France manager Didier Deschamps will be without midfielder N’Golo Kante who tested positive for Covid-19 last week and is not a part of the travelling squad. Kingsley Coman too misses out as he returned to training only last week after undergoing heart surgery.

Here's our 2⃣3⃣-man squad for the upcoming #NationsLeague Final Four!

Since Hazard’s decline in form, Kevin De Bruyne has been the main man for Belgium alongside Romelu Lukaku. The midfielder comes into the match in dubious form – he scored the equalizer for Manchester City at the weekend against Liverpool but admitted that he is yet not 100% fit.

The 30-year old’s creativity will be key for breaking down France’s low block which has been a feature under Deschamps. His partnership with Lukaku was productive in the Euros and Martinez will be hoping for a similar link-up again on Thursday.

France have no shortage of superstars but most of them seem to be misfiring – Mbappe has not scored in the last six games for PSG while Antoine Griezmann does not look quite at home back at Atletico.

🔴 @ManUtd ’s Paul Pogba has 7 assists in the #PL this season, more than in his previous two campaigns combined 🎯#WHUMUN pic.twitter.com/OIWByZMGqi

Paul Pogba though has started the season in exceptional form in a stuttering Manchester United side. The midfielder already has seven assists in the league despite being played in a variety of positions. His presence in midfield and passing range are integral to the way France play under Deschamps and he will be looking to release Mbappe in behind the ageing Belgium defence.

The semi-final should be a close tie with both sides filled with quality but having clear shortcomings. It can be a cagey match, especially if France continue to play on the counter as they have under Deschamps. Belgium’s attacking prowess is exceptional but their defence’s weaknesses dovetail with France’s strengths and so, FootTheBall predicts Belgium 1-2 France.