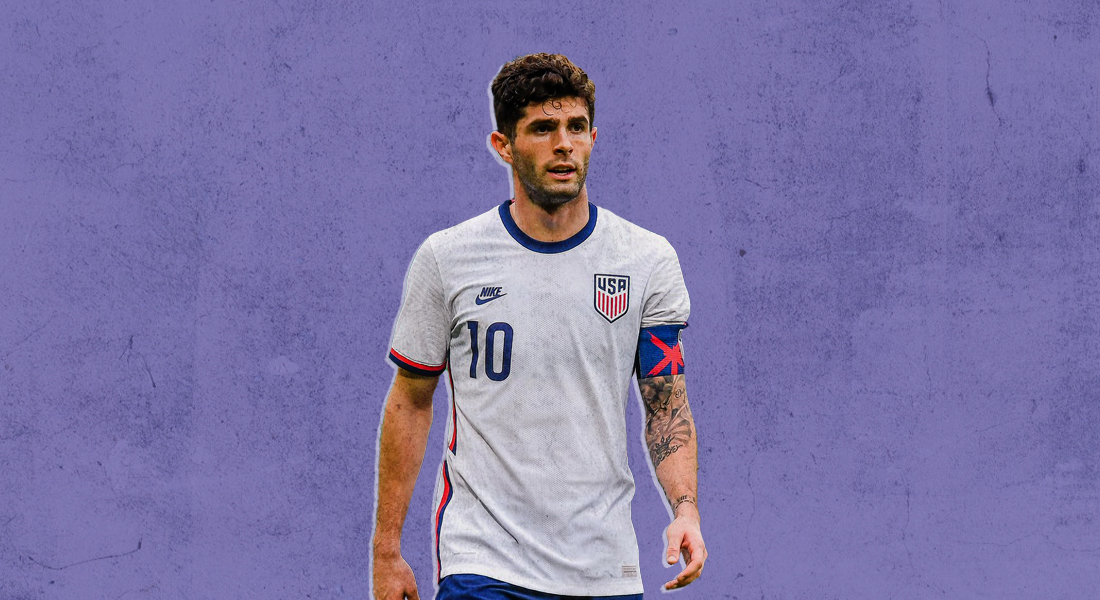 The United States of America has emerged as one of the biggest talent pools outside of Europe, as players from their national setup have been receiving a lot of plaudits over the last year.

Players like Weston Mckennie, Christian Pulisic and Gio Reyna have become some of the hottest talents in their respective leagues and people have started to recognize the level of talent that the United States offers.

The #USMNT's @cpulisic_10 got back on the scoresheet for @ChelseaFC, bagged his second of the @PremierLeague season earlier today.

Highlight and a recap of #CP10's performance. 👇

Due to this young players like Matthew Hoppe, Josh Sargent and Yunus Musah have also been given a lot of minutes by their clubs, which has in turn seen a rise in their stock.

🇺🇸 Gio Reyna on the bench for @BlackYellow vs. @eintracht_eng

These recent revelations have amounted to very little for the USMNT. They have failed to qualify for yet another Olympics,the third time in row. This has forced the ever patient and faithful USMNT fans to scrutinize their beloved national team and their rising stars.

WHAT HAS GONE WRONG?

A 2-1 loss to Honduras in the Olympic qualifiers that took, in a regional qualifying tournament in Mexico, followed a similar narrative to past disappointments as a goalkeeping error proved to be the difference between the two sides.

Big one from the captain, let's keep fighting!! pic.twitter.com/uTpeCRVwGt

This has also put things in perspective for the American Soccer Association. Who had made qualifying for the 2020 Tokyo Olympics their number one priority. For them this is surely seen as a complete failure, even though the association has been lauded for the development of young exciting players that are ready even for the European market.

WHY USMNT FAILED TO QUALIFY FOR THE OLYMPICS?

Two gaping holes have been identified as a genuine cause for concern for the current crop of the USMNT.

Although the USMNT is blessed with attacking talent, players like Pulisic, Musah ,Sargent,Weah and Ferreira are not recognized strikers. There is a genuine lack of depth for a quality number 9 in the national setup.

A pure goal scorer that can put away half chances with ease has been an issue that has plagued the USMNT since the drop in stock of players Jozy Altidore.

Mathew Hoppe of Schalke and Josh Sargent of Werder Bremen have the best skill sets to play as a number 9 but their lack of minutes as a striker and experience of playing consistently at the top level has cast a shadow on their potential and arguably the two are slightly more competent playing other attacking roles.

"In Josh Sargent, in my view, we have a striker who is going to be one of the best in the league. He's so young, but he brings everything to the table up top, absolutely everything." pic.twitter.com/A3UJGGMBWF

Daryl Dike has emerged as a solution to this problem. Although he is currently playing for Barnsley he has shown signs of a higher ceiling than that of Sargent and Hoppe as a complete number 9,  and his lack of experience playing in a top five league makes it a risk to play him in crucial games.

Everton are reportedly interested in Daryl Dike, who's valuation is apparently around $20M.

Everton scouts have been impressed with his performances for Barnsley — where he has 5 goals in 11 appearances so far.

We are hoping that Dike comes close to his potential as he can be the USMNT recognized number 9 for the next decade.

The USA has never really produced defensive stalwarts unfortunately and a lack of a solid defensive duo has always come back to bite them. The current setup has some decent options at center back in John Brooks, Matt Miazga, Tim Ream, Erik Palmer-Brown and Chris Richards.

John Brooks at 28 is the outstanding center back amongst these options his performances have been exceptional for Wolfsburg this season . Die Wolfe has the second best defensive record in the Bundesliga. With Brooks as the fulcrum of that defence they have only conceded a meager 22 goals in the league.

Matt Miazga who is on loan from Chelsea at Anderlecht and is part of their infamous loan army lacks consistency at the top level, which is one of the reasons the Blues keep loaning him out . Although he still does show a lot of promise, he might be running out of time to fulfill his potential for the USMNT.

Matt Miazga (25) put up a big MOTM performance for Anderlecht vs. Genk today.

Clean sheet for the team and Miazga led in: aerials won (8x), clearances and blocked shots, while completing 85% of his passes.

He also had a clearance off the line to secure his side the win (1-0). pic.twitter.com/mPaHZ18MoG

Tim Ream and Erik Palmer-Brown are decent players but are not good enough to be the starting center back alongside Brooks. Both Ream and Palmer-Brown  are prone to errors and can have a very limited skill set that does not really fit into the modern attacking philosophy that is being adopted by the USMNT.

The most promising asset for the USMNT is Chris Richards of Bundesliga who is on loan at Hoffenheim from Bayern Munich and has been dubbed to be a generational talent that fits in well with modern attacking and defensive principles. Richards who is blessed with pace, power and excellent anticipation , specially for a 21 year old defender, is the ideal player to partner John Brooks at the heart of the USMNT defence. There are some hindrances in this case too though.

unlucky result but happy to have made my debut for @tsghoffenheim next week we are coming for the 3 points 🤝 #ykn pic.twitter.com/kBdg7Ux76A

Richards who has very recently broken into the senior national setup will be left alone once John Brooks retires. The other hindrance is that he still has not settled on a position as he is comfortable playing as either of the full-backs too.

We hope Chris Richards can play in his favoured Center Back role for the USMNT alongside Brooks , and they should maximize the playing time of this duo for the national team as a stable defence with these two will give a lot of confidence to their extremely promising attackers.

WHO IS IT TO BLAME AND WHAT THIS MEANS FOR USMNT?

Well as always as there is not  just one sole reason or person to blame for this failure. Players like Pulisic, Tyler Adams, Musah were not allowed to travel and play for the USMNT due to the pandemic and their absence was very clear to see.

On the other hand Jason Kreis, who is the U23 coach of the USMNT has been scrutinized for the system he has deployed and is more than sometimes very different from the senior team setup under Gregg Berhaltter.

Due to these disparities between the two philosophies of the two coaches a lot of players have found it hard to transition into Berhaltter’s system from the youth setup. This should be a genuine cause of concern for the USMNT who arguably are witnessing the emergence of a golden generation. It would be wise for the coaching philosophies at age groups to be aligned as it offers young players some reprieve while taking the step up to the senior side.

The American Soccer association are probably a little stunned by this exit of the USMNT who are still seen as an emerging powerhouse in the men’s game, which is diametrically opposite to the amount of success of the women’s national team.

USWNT who undeniably have one of the best national squads in the world will be going for their 6th gold medal in football at the Olympics and already have won multiple World Cups. Maybe the American association should actually become the first association to pay their female athletes more than their male counterparts, something Megan Rapinoe has been advocating about for years.

Gutted for these @USYNT boys, keep your heads up, learn from it and get better. #onenationoneteam 🇺🇸

The outspoken American captain also showed her disappointment towards the USMNT’s failure to further her stand on the disparity of pay between the men’s and women’s team.