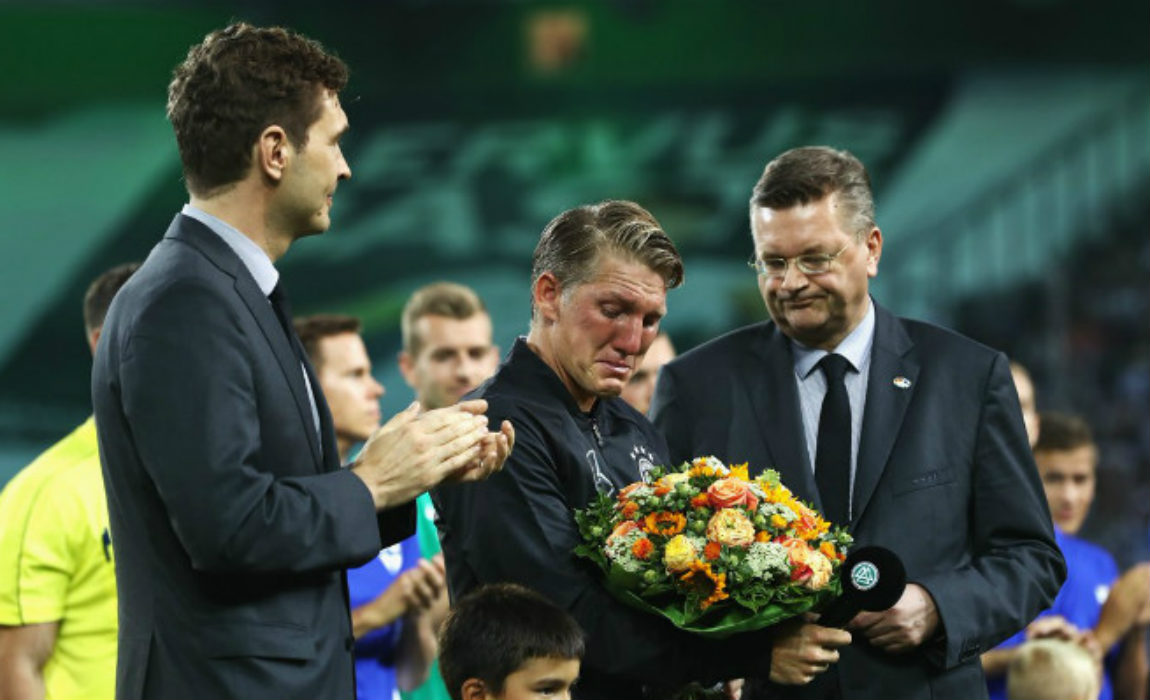 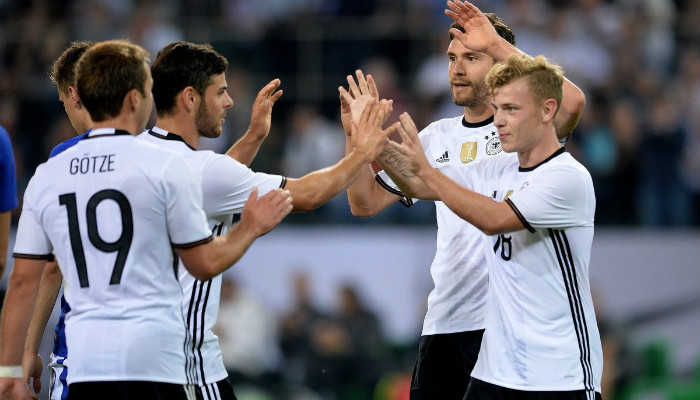 Germany edged Finland 2-0 thanks to the second-half goals from Max Meyer and Mesut Oezil to round off Bastian Schweinsteiger’s farewell game on Wednesday. 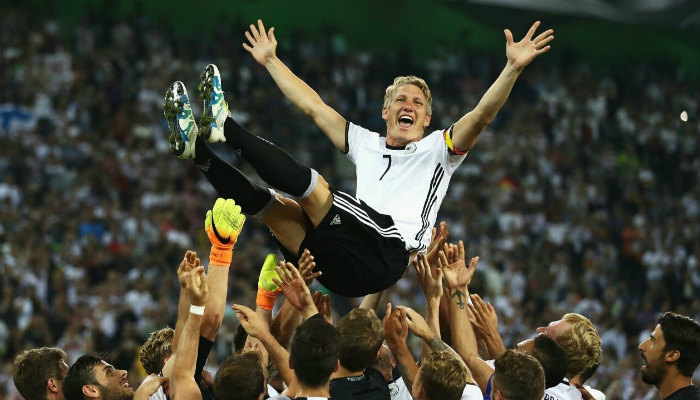 After 12 years in Germany’s dress and 24 goals in 121 caps, team captain Schweinsteiger stepped back from the national squad and said goodbye to his supporters ahead of the kick-off against Finland.

“It means a lot to me that each one of you is here,” Schweinsteiger, who was moved to tears, said to the 30,121 fans at the Borussia-Park. “I would like to thank the whole national team. It was a great honour to play for Germany.” 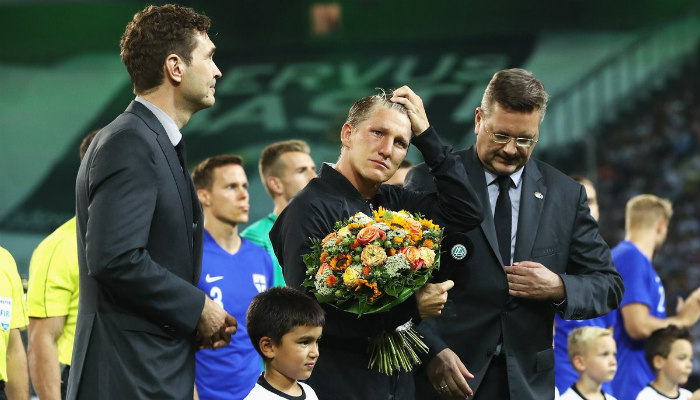 After the ceremony, Germany took the reins from the kick-off as Finland defended deep in their territory.

Joachim Loew’s men dictated the pace but lacked in penetration and ideas to overcome Finland’s well-positioned defence. However, Germany should have opened the scoring with 32 minutes into the game but Mario Goezte missed the open goal after rounding goalkeeper Hradecky.

After the restart, Germany continued to press whereas Finland showed no interest to threat the hosts’ defence. Nevertheless, Finland’s Teemu Pukki missed a square pass at the far post out of the blue. 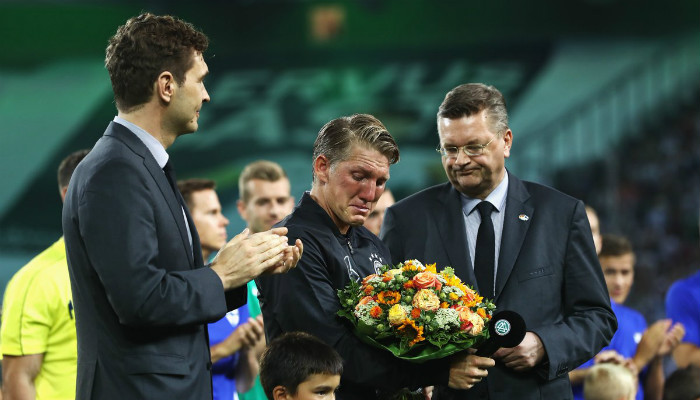 Germany were finally able to turn their efforts into a tangible reward as Meyer tapped home Goetze’s low cross into the box in the 55th minute. Goetze was in the thick of things 10 minutes later but his shot on target was blocked once again. 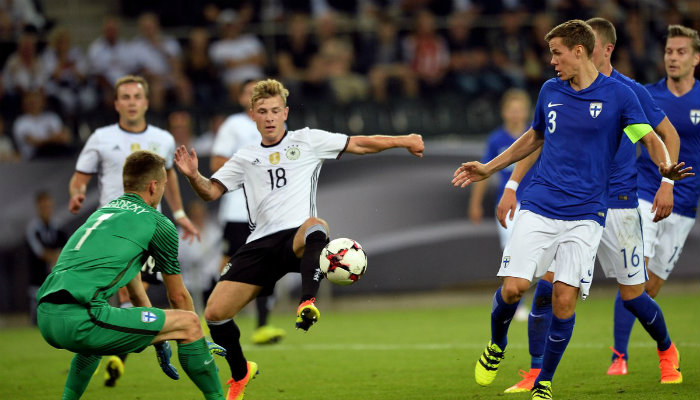 In the 67th minute, team skipper Schweinsteiger was replaced by Julian Weigl to complete his last match in Germany’s national dress. The hosts kept it bowling and double the lead through Oezil, who made the game safe after slotting home Goetze’s assist in the 77th minute.

Finland had the chance to reduce the arrears in the closing period but Bernd Leno denied Pukki following a one-on-one situation.

Germany will travel to Norway to start the World Cup play-offs on Sunday. 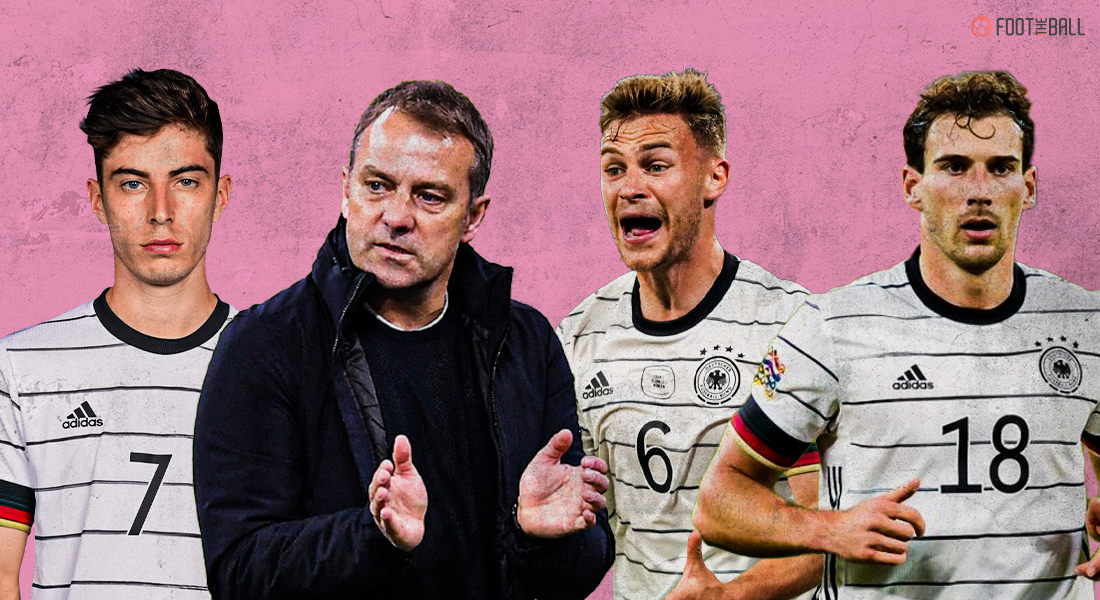 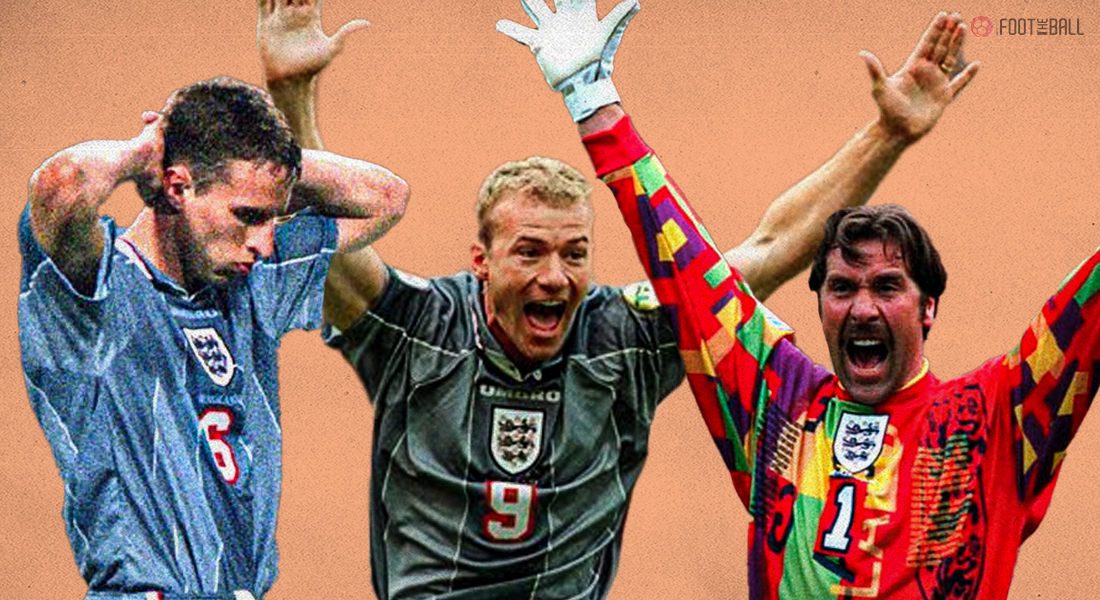