Arsene Wenger protests have become a global phenomenon with the #WengerOut banner’s becoming the ‘thing’.

‘Wenger Out’ has been the go to thing for Arsenal fans in the recent years as the Gunners struggle to win the Premier League crown.

Arsenal are on-course for their worst league finish in over two decades – and this has led to the campaign spread to uncharted territories.

The ‘Wenger Out’ message is popping up at the least expected places – here are the 11 weirdest places where the ‘WEXIT’ banners have reached. 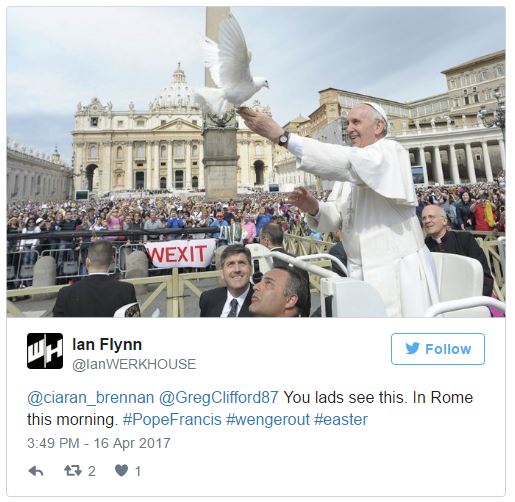 2. A Coldplay Gig In Thailand 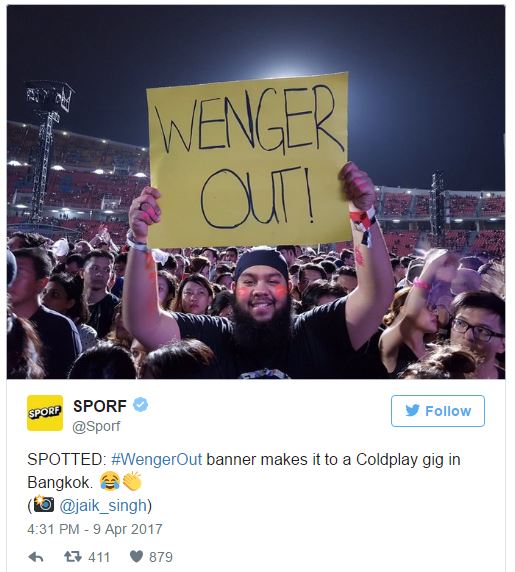 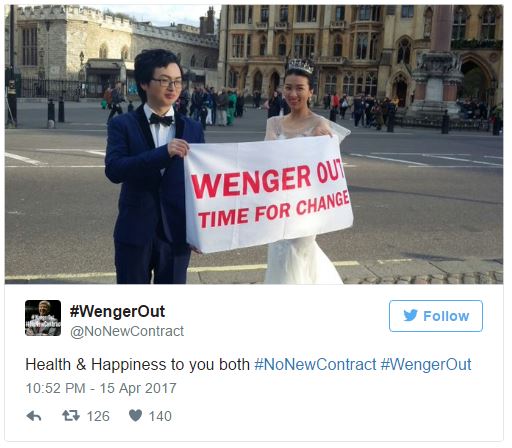 4. A Baseball Game In Baltimore 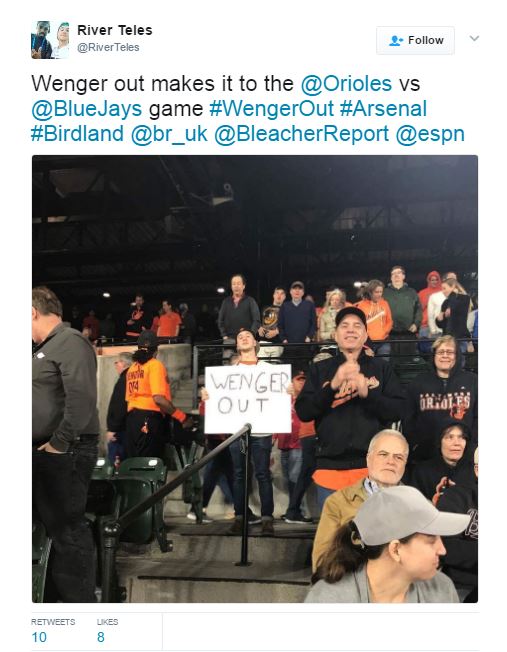 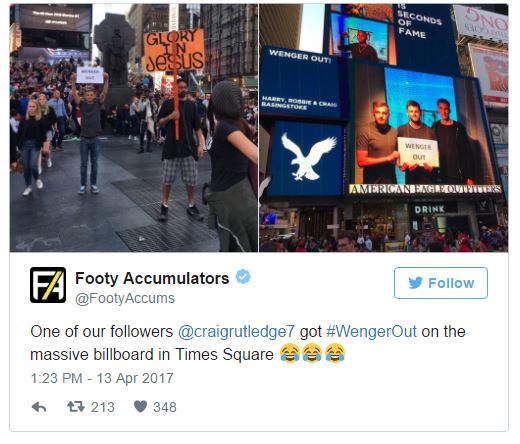 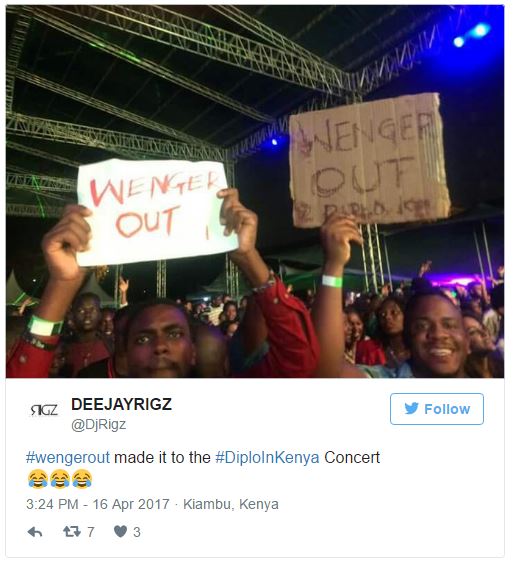 7. A Match In Ethiopia 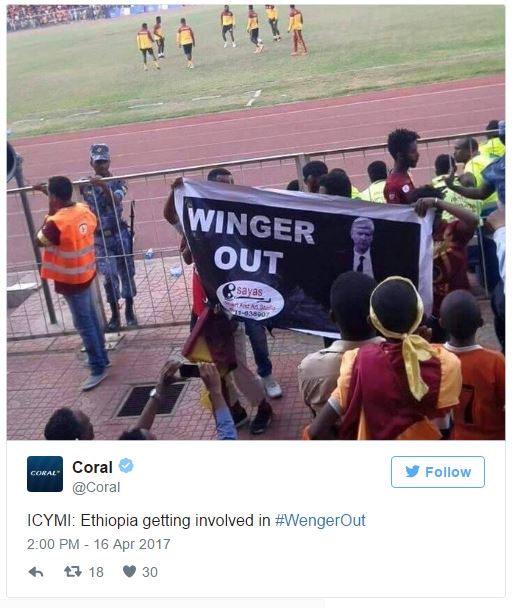 8. A Random Game In Cincinnati 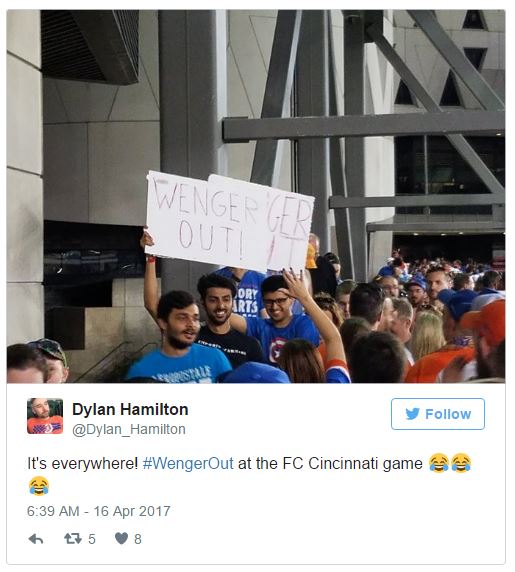 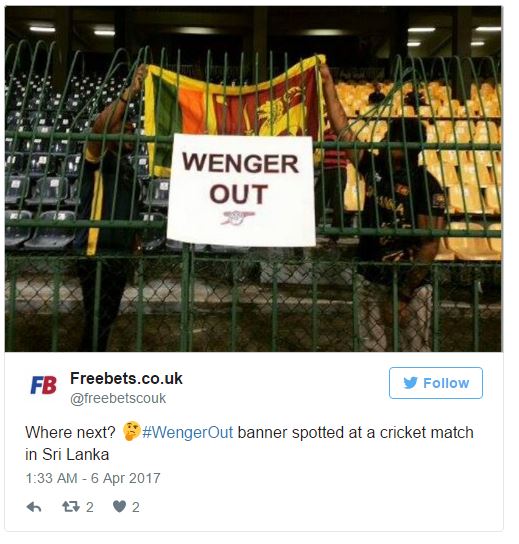 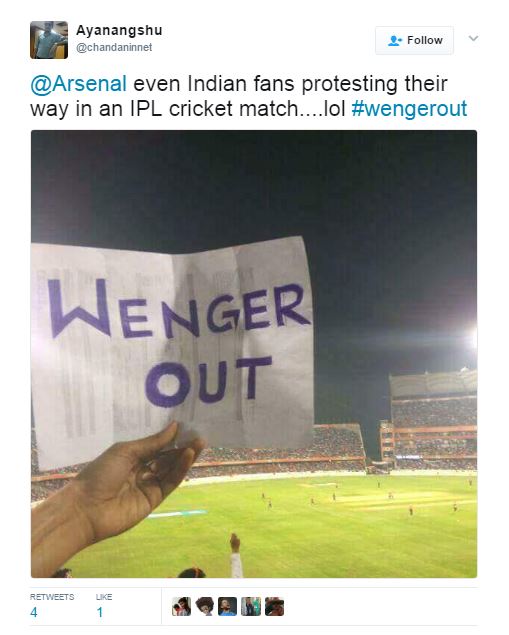 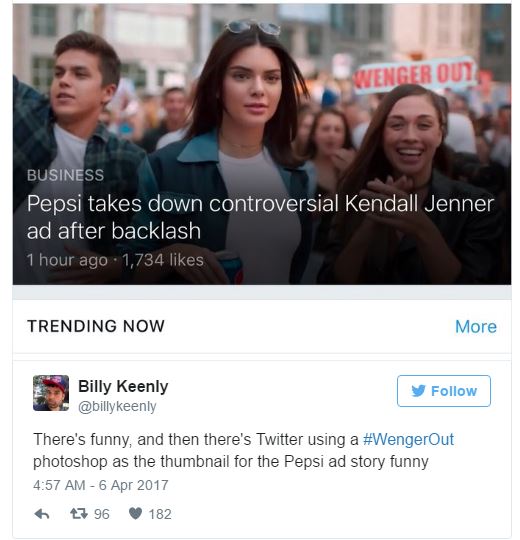