Arsene Wenger was left fuming after Arsenal suffered a shocking 2-1 defeat at the hands of Watford on Tuesday.

To make matters worse Aaron Ramsey also suffered an injury, making it a double blow for the Gunners. 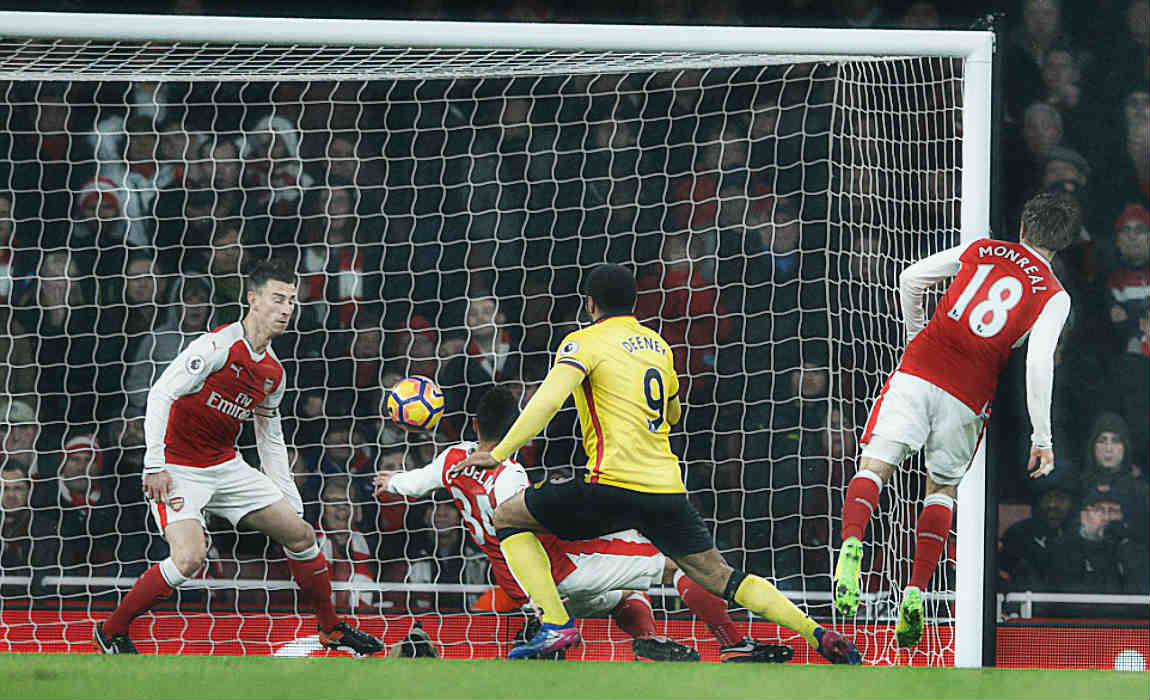 The Frenchman was serving a touchline ban as he saw his side go down by two goals in the first thirteen minutes.

Ex-Tottenham Hostpurs defender Younes Kaboul opened the scoring with a free-kick that took a deflection from Aaron Ramsey and found the back of the net, with Troy Deeney scoring the second goal. 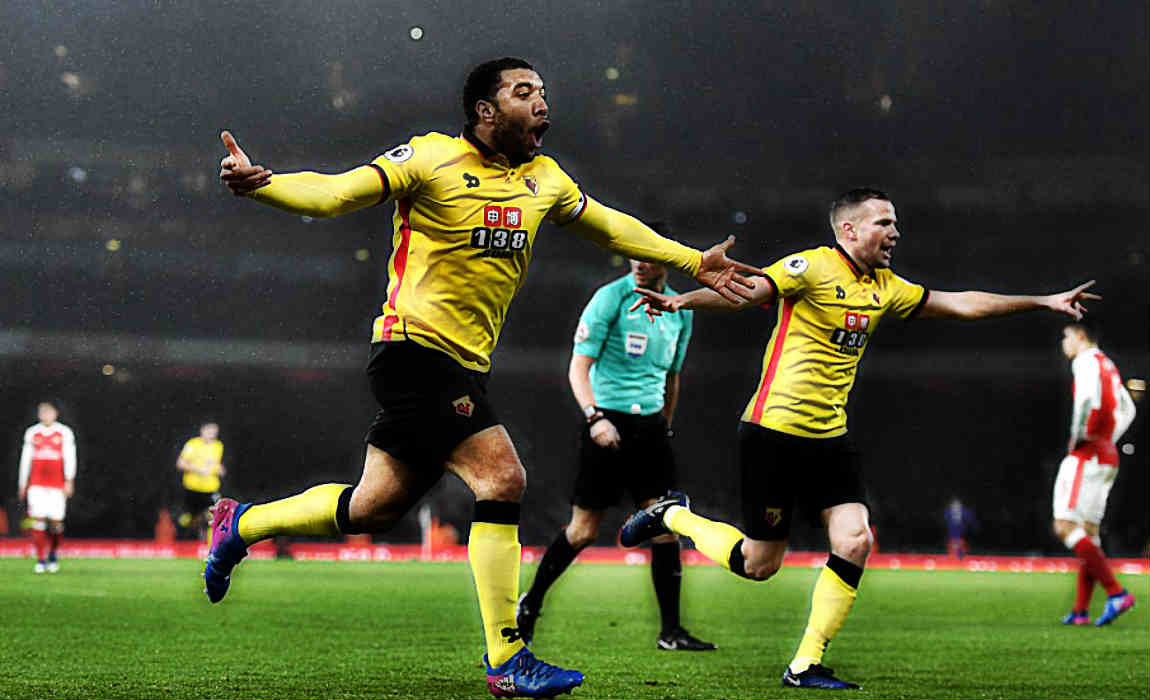 Alex Iwobi found the back of the net for Arsenal early in the second-half with the Gunners dominating possession, but that was about it.

Lucas Perez came very close to scoring but hit the crossbar and that was it for Arsenal.

Wenger started by talking about Ramsey, “He has a calf strain. We don’t know how long he’ll be out for yet.”

The defeat was a surprise after Arsenal’s dominant 5-0 win over Southampton in the FA Cup – it was also their first home defeat since the opening day. 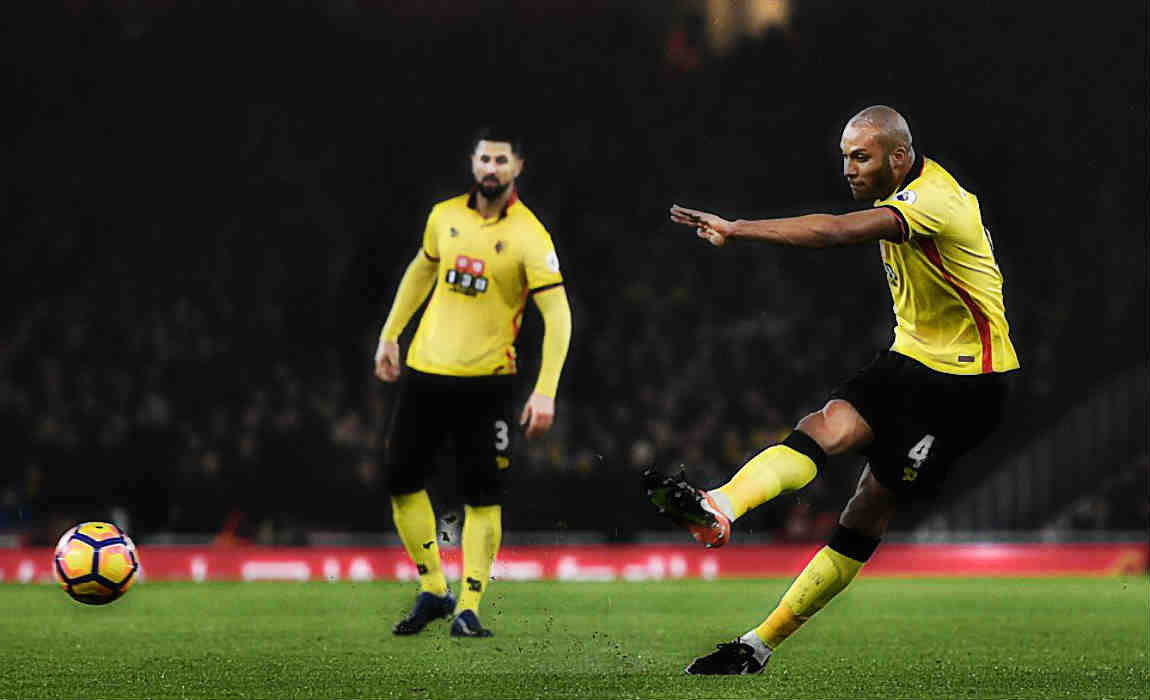 “It was obvious we lost duels and were not sharp enough,” he said.

“It looked more mentally that we were not ready for the challenges. We were unlucky for the first goal which was deflected after a soft free-kick.”

“It took us a while to get into the game, it was all us in the second half and we were unlucky not to get something from it.” 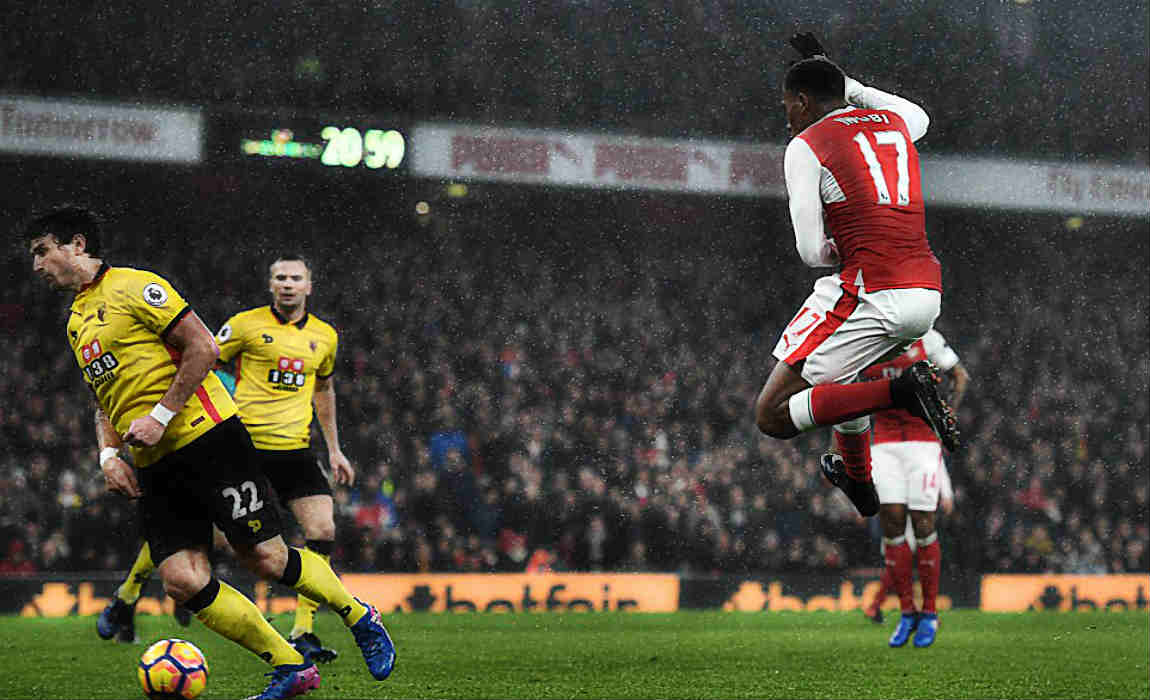 “You look at the facts and we were beaten in the duels. When you play at home in our position, that is not normal. Everybody in the Premier League is strong physically and 90 per cent is not enough.”

“We knew the solution was going wide, but we were not patient enough and wanted to give too many long balls. We did not pass the ball quickly enough and we have to stick to our game, then we are always dangerous.” 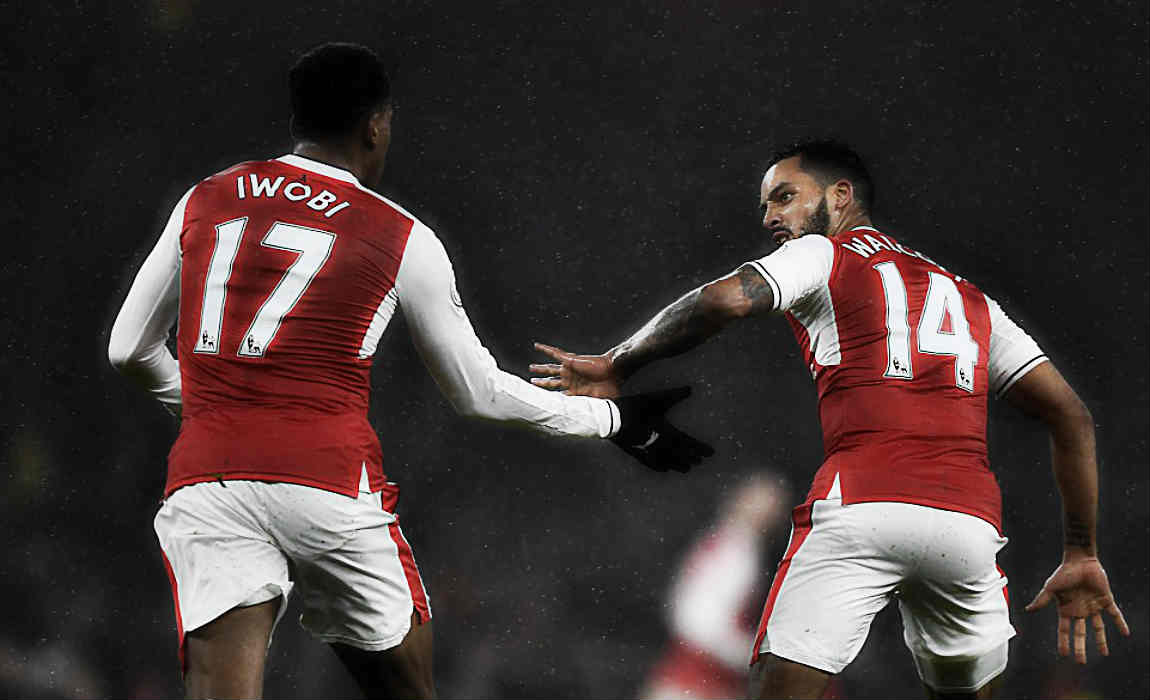 “Where does it leave the league? We lost and we want to respond in the next game. You can only have a chance if you win your games. I knew exactly what we were preparing for, but we have to learn from it.”

League leaders Chelsea drew against Liverpool, which means Arsenal now trail the Blues by nine points and their title hopes are all but over.