New West Ham manager Slaven Bilic has been busy this summer in the hunt of a new striker to bolster his attack ahead of the new Premier League season. West Ham has been highly linked with Michy Batshuayi, Carlos Bacca and Alexandre Lacazette this summer, but after the club failed to bring in any one of them, Bilic has identified Andre Ayew to be the perfect man to strengthen his attacking options. 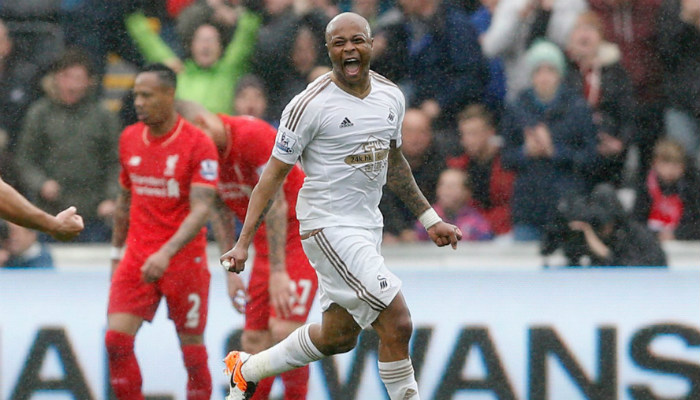 Ayew had joined the Swans last summer and became an immediate fan favourite and was also named the Premier League Player of the Month for August in the last EPL season. The Ghana striker displayed incredible form during his stint at Swansea with 12 goals to his name from 34 appearances in the last season.

Swansea has been busy in rebuilding their squad this summer and have already offloaded a number of players, which includes – Eder, Alberto Paloschi and Bafetimbi Gomis. However the Swans have come back strong by signing Fernando Llorente from Sevilla and keen on signing Atletico Madrid striker Borja Baston before the summer transfer window closes.

West Ham are eager to build up on their seventh place finish last season and they have already signed striker Ashley Fletcher, midfielder Havard Nordtveit,and wingers Sofiane Feghouli and Gokhan.

“I am very proud and happy to be at this magnificent Club. I am happy to be playing for these fans and I hope to make the people very happy here,” said Ayew.

“The Club have a lot of ambition and have a great manager. They want to become a bigger Club every year and with the new Stadium and a new training ground, you can feel they are moving onto another level and I want to be part of this project.”
“I want to train hard, do my job and show that I deserve to play for West Ham United. I want to give back to the manager and the fans the confidence they are showing me.”

Proud to be a WEST HAM player!✍?I thank GOD for having the opportunity to play for this great club!I am an IRON ⚒ ?? pic.twitter.com/bOb31RqMB4

Before signing for Swansea, Ayew was an integral part of the Marseille squad from 2007 to 2015 and scored 60 goals in 202 appearances. He has also bagged 67 international appearances for Ghana.