Wolves Against The Devils 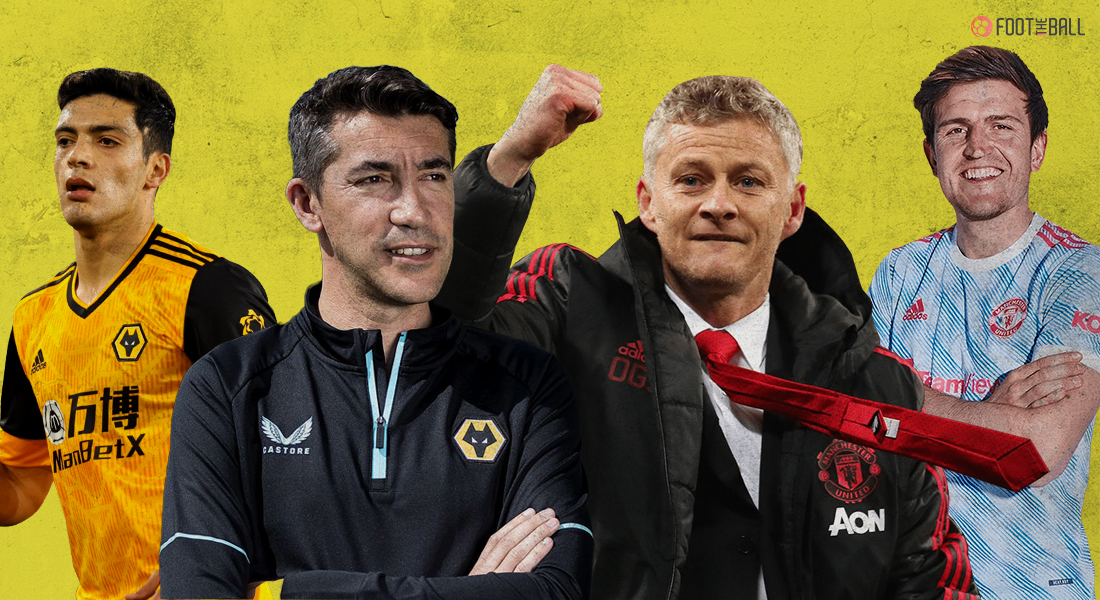 While the Premier League’s latest edition has been all guns blazing in the first two matchdays, both Wolves and Manchester United are yet to truly get out of their blocks. Both clubs have a chance of gaining some momentum before the international break, when they face each other at the Molineux Stadium.

Bruno Lage’s men have so far yet to get off the mark, after marginal defeats of 1-0 in their opening two games. The most recent one ended in a win for Spurs and Wolves’ former manager Nuno Espirito Santo, where Dele Alli’s penalty proved to be the winner.

The Red Devils meanwhile, after an impressive outing at Old Trafford on matchday 1 against Leeds United, were held by an out of sorts Southampton last weekend. Bruno Fernandes and Paul Pogba ran the show for the men in red at the Theatre of Dreams, but the Saints managed to nullify the duo’s influence at St. Mary’s.

The game ended all square and an early title hype put on by the fans on the red side of Manchester, was quickly brushed aside.

Both set of players and managers know how important this clash is and the timing of this encounter makes it all the more exciting – just before the international break. A negative result could well and truly shape either clubs rest of the campaign.

Jadon Sancho will be pushing to make his first Manchester United start since his summer arrival from Borussia Dortmund, having come off the bench in each of the first two games. Raphael Varane was on the bench for the draw at St. Mary’s but is yet to make his debut, while Scott McTominay has recently undergone groin surgery and won’t be available anytime soon.

Dean Henderson, Alex Telles and Marcus Rashford continue to nurse long term injuries, while Cavani is doubtful for the clash too.

Wolves will again be without the services of defenders Willy Boly and Jonny. Pedro Neto will also be unavailable for the encounter with the Red Devils.

The Portuguese orchestrator has been an ever-present fixture at the Molineux since his then record breaking move to Wolves. His ability to initiate quick and precise attacks from deep midfield have been crucial for Wolves and Sunday’s encounter against the Red Devils would be no different.

Both Neves and Moutinho would be facing an in-form midfield duo of Pogba and Bruno and it would be up to the young Portuguese to try and stop them.

The Frenchman has been a revelation ever since the new season has kicked off. Pogba has 5 assists in the first 2 league games, which is a record in the Premier League. In contrast, the World Cup winner had 4 assists in the whole of last season.

There’s no doubt he has carried his Euro 2020 form into the league this season, and the Wolves midfield have a task on their hands if they plan on stopping the all action Paul Pogba.

Wolves have been kind of the bogey team for Manchester United in the last couple of seasons. Although there are huge differences from the one that played the Red Devils in those two seasons, and now under Bruno Lage.

Nuno Espirito Santo has moved to Spurs, Raul Jimenez has just come back from a horrific injury and Ole Solskjaer has since made two big money signings in the form of Jadon Sancho and Raphael Varane.

Confident in the process.

United will surely be desperate to right the wrongs of last weekend and may have too much firepower, particularly if Sancho is thrown in from the off.

Although, Wolves’ tough start does not get any easier, however, they have proven themselves a relatively tough nut to crack in only losing to Leicester and Spurs by the odd goal. With Edinson Cavani still missing for United and no other lethal goal scorer available, a stalemate is on the cards. FootTheBall predicts Wolves 0-0 Manchester United.