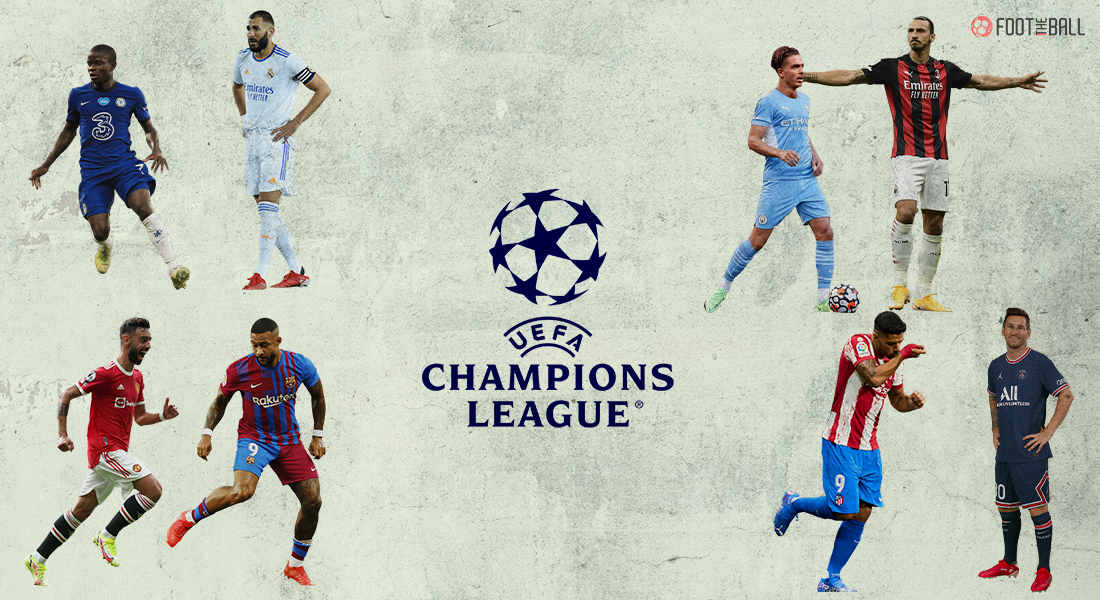 The draw for the UEFA Champions League group stage for 2021-22 has now been concluded. The event took place in Istanbul and featured some of the heavyweights of European competition along with the lesser known suspects.

Given how most of the teams were already known to the public and the possible match-ups before the play-offs began, the only suspense left was who made it through over the two legs.

Sheriff = the first Moldovan side to feature in the #UCL Group Stage 🔥 pic.twitter.com/Pp0DWB0czQ

There were a few surprises, both happy and sad. FC Sheriff became the first Moldovan team to qualify for the Champions League after thrashing group-stage regulars Dinamo Zagreb. 10-men Benfica won against PSV to become the third Portuguese team in the tournament.

A heartbreaking own-goal from AS Monaco defender Ruben Aguilar became the clinching goal in their loss against Shakhtar Donetsk, a game in which the French side had led by 2-0.

🤩 WHAT A TEAM! ⚒ CHAMPIONS LEAGUE, WE ARE COMING! 🧡@championsleague #Shakhtar #UCL pic.twitter.com/ZOKM0snoME

That loss had a bigger implication on Ligue 1’s status in Europe as they fell to sixth-place in UEFA’s coefficient ranking.

Now that the background is set and teams are aware of their opponents, FootTheBall looks at the groups that will start competing from September 14.

The Premier League champions and last season’s finalists were the first team to be drawn from Pot 1. Pep Guardiola has already strengthened his squad with the signing of Jack Grealish as he prepares to have another crack at winning this elusive trophy.

The Parisians have had a spectacular transfer window and with Lionel Messi in the ranks, the Argentine will be back on English soil again. Even if Kylian Mbappe leaves, this squad is still a terrifying prospect to face.

The runners-up in the Bundesliga have a tough assignment this time around but showed that nothing is impossible after last season’s qualification to the knockout stage. With a few new faces and a new manager, Leipzig will be tricky opponents for the bigwigs.

The Belgian champions have a terrifying prospect in front of them, having come through the play-offs. Suffice to say that something really special has to happen if they are to make it out to the next round.

Diego Simeone’s side will look to continue their strong form in Champions League football over the recent seasons. After pipping their rivals to the La Liga crown, Los Rojiblancos will be hoping they can finally go all the way.

After a meek league title defence last season, the Reds have started the new season strongly with two good wins already. With their first choice defenders back, the repeat of last season’s knockouts looks compelling.

One of the more consistent teams in the Champions League over the years, Porto will look to bring back their strong performances from last season as they aim to go even further this time.

Making their return to Europe’s premier competition after a long time, AC Milan had a solid season and will look to make their presence immediately known. One of the dark horses in the Champions League who can perform better than what is expected.

Surprise champions in Portugal, Sporting had a dream run to the title with just one defeat last season. They will need to be on their guard if they are to make a sizeable impact in Europe this term.

With a new head coach and Erling Haaland staying, Dortmund will look to take the fight in what looks like one of the hardest to call groups of the competition.

After a memorable run to the semi-finals in 2018, Ajax will be looking for more heroics this time around as the only Dutch representative in the Champions League once again.

The sole Turkish representative have their work cut out in an incredibly competitive group. If they are able to get off to a good start and win their initial matches, they will be in good stead to qualify.

Ending Juventus’ hegemony over Serie A, Inter won their first title in a decade. Though they have since let go of their manager and two key pieces of the team, new signings have provided hope of them coming back strong.

The 13-time winners will look to put last season’s disappointment in both the league and Europe behind them under returning coach Carlo Ancelotti. Without longtime talisman Sergio Ramos, it remains to be seen how they perform this year.

The perennial underdogs of the competitions, Shakhtar really had to fight their way through to the group stage. Though they often come short in their aspirations beyond this stage, the team will hope the new season brings a change in fortune.

The debutants have been a tough draw with two former champions in the same group. Sheriff will start as the bottom team for most observers but given how they dismantled Zagreb, it will not be too much of a shock if they spring a surprise or two.

The 2019-20 winners have had a strenuous start to their league campaign under new head coach Julian Nagelsmann. What will surely cheer them up is seeing Barcelona back whom they humiliated 8-2 in their winning season. Benfica and Kyiv will not be pushovers either.

After a summer of turmoil and having to bid adieu to their legendary player, the Blaugrana have the daunting task of negotiating a trick group by their standards. The matchup against the Bavarians will be keenly watched along with how they perform in the other matches.

Benfica make up a strong contingent of Portugal teams and will look to upset the applecart in the group stages. Teams will have to be wary of facing them no matter the time.

The Ukrainian champions have not made the desired impact in the group stages over the years. They will be hoping this is the season that bucks the trend in a group where they might fancy a crack.

The Europa League winners will face their opponents from the final which should make for an interesting rematch. Having signed some new players and top scorer Gerard Moreno firing, they will certainly fancy their chances of qualifying.

They will already be raring to avenge their defeat in the final and with two great additions, the Red Devils will certainly be the favourites to make the round-of-16 from this group.

The Italians became the first side to qualify for the knockouts after not winning any of their first three group games last season. One of the most formidable teams in recent seasons will once again look to make their mark on the competition.

The Swiss champions had to battle their way to the group stages and will be facing some formidable challenges along the way.

The surprise French champions from last year, Lille have not had the best of starts this season domestically under a new manager. Nevertheless, this will be another evenly contested group this year.

Two wins from two matches in La Liga have them in good control so far with Sevilla having made a name for themselves after winning the Europa League quite a few times. They will be aiming to transfer their talents to the Champions League now.

The Austrian side are indomitable in their country but that has not been the case in Europe so far. This year presents one of the best chance for the team in what will be a closely fought group.

A supreme season finishing fourth saw them make the Champions League for the first time since 2016. They will be hoping to better their quarter-final finish from that season as they have some strong assets now.

The defending champions have had a dream run under new manager Thomas Tuchel. Having also lifted the UEFA Super Cup and with Romelu Lukaku back amongst their ranks, the Blues will certainly be one of the favourites this time.

The Coppa Italia winners endured a miserable 2020-21 before bringing back Max Allegri. With the situation surrounding Cristiano Ronaldo still unclear, the Old Lady will need their other resources to step up if they are to finally win the competition after heartbreak a few years ago.

The Russian champions and the venue of the final in 2022, Zenit will be among the three teams to compete for the two qualifying spots in all likelihood. Despite their dominance in the top flight, Zenit have underachieved in the Champions League recently.

The Swedish champions will be aiming for some good performances on their return to the Champions League stage. Though they have two world-class opponents in Chelsea and Juventus to face, Malmo can certainly nick some points off of them this season.

All in all, it ended up being one of the most unpredictable and exciting group stage draw in UEFA Champions League history. With a supposedly 3 groups of death, this edition of UCL might be one to watch out for.