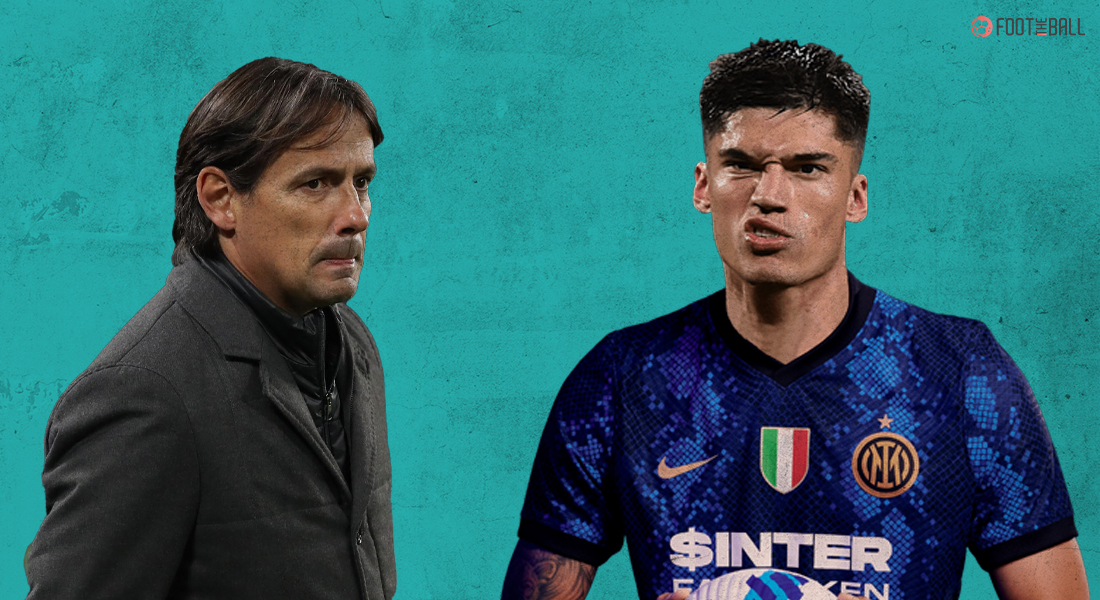 Serie A champions Inter have completed the purchase of Joaquin Correa from Lazio €30m plus €1m add ons. It will initially be a loan for €5m with an obligation to buy for the rest of the amount. The 27-year-old Argentine attacker reunites with his old boss Simone Inzaghi with the pair spending three seasons together at Lazio.

Joaquin Correa to Inter is a done deal! It's a €30m plus €1m add ons to Lazio on a loan with obligation to buy ⚫🔵

After selling Romelu Lukaku who was their star player in front of goal last season, the Nerazzurri have already added to their ranks. While Eden Dzeko has already played and scored, Correa arrives as yet another exciting attacker to supply the goals and assists.

Having won gold at Copa America with the national team, Correa joins his new club on the back of 11 goals and five assists across all competitions last season. This can prove to be a shrewd signing for Inter as they look to defend their title under a new manager.

Correa has been a key figure of Lazio’s attack since his joining in 2018 from Sevilla. He is a quick, wily attacker who most often acted as the secondary striker to Ciro Immobile. Despite that, he managed 30 goals in all competitions over that time to go with 14 assists.

That is a decent amount of output from a player who is not the focal point of his team’s attack but works extremely hard on and off the ball. Lazio have done well with Correa as they won the Coppa Italia and Supercoppa Italiana in 2019. Nevertheless, he ranks high amongst similar players in terms of progressive passing and bettering his team while going forward.

Video: Joaquin Correa has arrived in Milan to begin his Inter medical, trying to sprint through a transfer from Lazio so he can make his debut this weekend https://t.co/4ns4ST2i8X #FCIM #Lazio #Argentina #SerieA #SerieATIM

His former club will definitely consider it a significant loss at this point of time given how the pandemic has affected the value of players. Inter will definitely be happy with their acquisition, supplementing their attack of Dzeko and Hakan Calhanoglu.

€30m plus add ons for Correa seem just about a reasonable price for the pacy forward. The most interesting thing about this whole operation is that Inter have the money. The sales of Lukaku and Achraf Hakimi have brought in a sizable amount of cash.

1:17 – Joaquín Correa has scored the fastest Lazio's goal in Serie A (after 1 minute and 17 seconds) since Opta collects this kind of data in 2004/05. Flash.#LazioMilan

Correa is still on the younger side of players and can definitely justify his price tag under a manager who knows him well. The goal scoring burden will have to be shared by all of their attackers this season and with Champions League football also set to arrive, Inzaghi will be happy to have his old protege back.

I’ll remember @tucu_correa fondly for many reasons, including his massive goal in the Coppa Italia final, the number of times he feasted against Milan, & his countless successful 1on1s. This one for me stands out tho. 95th min & Juve thought they had 3 points. Correa went to work pic.twitter.com/NpDMIJ1000

Though he will not be expected to immediately start firing on all cylinders, if Correa can hit double digits in goal contributions for 2021-22, it will be a fine start to life at San Siro.

Inzaghi has been known to use the 3-5-2 formation like his predecessor Antonio Conte, with two strikers up top. Correa will be competing with Dzeko and Lautaro Martinez for the two spots which will be an interesting battle to keep an eye on. As mentioned above, Correa is an extremely involved player when his team is on the front foot.

He has a passing accuracy of 82% P90 along with 6.17 progressive carries. Playing behind Immobile means he gets the ball a lot at his feet as indicated by the 10.99 progressive passes received putting him in the top 95 percentile in Europe. That will certainly benefit this Inter team with Correa expected to play a similar role here.

He has so much potential. Certainly capable of a 15 goals + assists season, if can refine his decision-making and technique in scoring situations. pic.twitter.com/lXwmJ39jsS

Scoring goals will be the key for winning of course and the Nerrazzuri have got themselves a shot savvy player. He averaged three shots P90 over the last three seasons with almost half of them ending up on target. Even when he is not striking the ball himself, Correa is heavily involved in the buildup for his team. He had four shot-creating actions P90, 0.74 of which resulted in goals.

Joaquín Correa completed more take-ons (3), created more chances (2) and took as many shots (2) as any player on the pitch in the first half vs. Juventus.

All of this proves his overall importance to the team even if his direct goal contributions are not so high. Apart from goals, Correa is also a keen dribbler, with a 53% dribbles success rate. He will pair up nicely with Calhanoglu and Christian Eriksen, all of whom share an affinity to beat their man with the ball.

Given how Inzaghi sets his team to employ the high press after losing possession, the workrate of his players are extremely high starting from the forwards to the defenders. Therefore, it is no surprise that Correa is also adept at doing his defensive duties. He applied pressure on his opponents more than a 1000 times across the past three seasons with a 32% success rate last season from 339 last term.

.@tucu_correa: Man of the Match vs Atalanta @OfficialSSLazio

2/3rd of that came in the attacking and midfield third. No matter how he performs in terms of scoring or assisting, Correa is an underrated utility player who definitely enriches his team’s overall threat.

Stefano Sensi started in behind Edin Dzeko before being replaced by Arturo Vidal in the 70th minute. That will likely become Dzeko along with Martinez once the Argentine gets back to full fitness. Inzaghi’s proposition for two attackers bodes well for Correa with regards to game-time. He will definitely be seeing a lot of action even if he does not start as regularly as he used to.

Replacing Lukaku is no easy feat for any club but Inter have done well with their smart transfer strategy. Getting a third attack-minded player will only increase their chances of taking the title fight to their contenders.