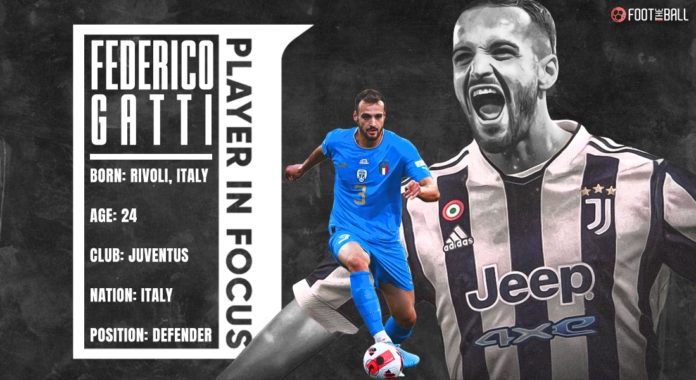 Juventus are in a odd place. No, not geographically. It is about the team’s defence. Longtime leader Giorgio Chiellini has left for the MLS. Leonardo Bonucci is 35 and not expected to start every game.

MLS has played host to some of the biggest names in world football, and here are the 10 best ones

Matthijs de Ligt is on the verge of leaving for either Bayern Munich or Chelsea. Merih Demiral has already been sold. Daniele Rugani is…there. That is about it all. All of this provides the perfect opportunity for Federico Gatti to stake his claim.

Who? Not many outside Italy would be familiar with that name, especially in Juventus’ context. However, Gatti could soon become a household name in the centre of Juventus’ backline. Max Allegri is short of options, and even with reinforcements arriving, Gatti will be someone take to heart soon.

Federico Gatti started the 2021-22 season with Frosinone, was signed by Juventus in January 2022, and was immediately loaned back to Frosinone. Like any other second-division, the competition is extremely fierce and physical.

Gatti showed some terrific qualities of leadership, dominance, and command. Frosinone play primarily in a 4-3-3, the same formation as Juventus. The team is managed by former Italy star and 2006 FIFA World Cup winner Fabio Grosso.

Therefore, Gatti has had the chance to learn from a great mind when it comes to defence. He is a tenacious defender, who reads the game brilliantly and snuffs out danger early. Moreover, Gatti is also a beast when it comes to battling in the air, and makes telling contributions on both ends of the pitch.

Could Juventus go after Lisandro Martinez to pair alongside Gatti?

No doubt that Juventus have been enamoured by what he can bring to the table. Guido Angelozzi, sporting director of Frosinone, described his style as,

High praise indeed, and Gatti could prove to be the perfect solution for Juventus’ defensive uncertainty. Allegri is one of the best coaches when it comes to developing talents in the backline. Gatti has also played for the senior Italy team in their UEFA Nations League fixture against England in mid-2022.

Five goals and two assists in 35 matches in Serie B. When it comes to finding the net, Gatti is no slouch. He is a nuisance for opposing defenders from set-pieces, and that is just one of the great things about his play.

Gatti also took 33 shots over the season, meaning he is not shy to impact things offensively. However, when it comes to defence, the 24-year-old is even better. According to Soccerment, he won 65.3% of his aerial duels and completed 64% of his attempted dribbles.

Those are really great numbers for a player who is poised to star for Juventus. Moreover, Gatti had 57 interceptions in 2021-22, which was 10th best in the whole of Serie B. He was also found 59 times, and is not shy of having the ball.

Gatti looks to advance it quickly and accurately as evidenced by a pass success ratio of over 77%. However, there are some areas where Gatti can improve, including having a calm head and controlling his temperament.

The 13 yellow cards that Gatti received in 2021-22 was the second-highest in Serie B. In fact, Gatti was shown the card more times than he kept clean sheets (12). Alongside all of it, there was also one sending off.

Therefore, it is clear that Gatti has to improve his disciplinary record. He stands at 6’3″, and has the ability to man-mark opponents expertly. Moreover, Juventus are in need of a defender who can leave his all on the field.

Chiellini and Bonucci were revered for their commitment and desire to win every ball. Yes, Gatti is inexperienced at the top-flight level, but there will be no better place to start than Juventus currently.

The Old Lady have not won the Scudetto in the past two years, and Serie A is no longer a one-horse race.

Given that there is a big gap in the central defenders department, Gatti would be expected to get some heavy minutes. Juventus have been preparing for the eventual departures of their stalwarts, and Gatti is here as the next generation.

Juventus could not guarantee Gatti enough game time in the second part of the 2021-22 season. He continued his development at Frosinone, and is now of the best defenders from the second division.

Allegri is not likely to send him out on loan again, and Gatti will be amongst the big names. They have already signed Paul Pogba and Angel Di Maria, but the defence needs work. Keeping Gatti and playing him regularly would be a major win for both parties.