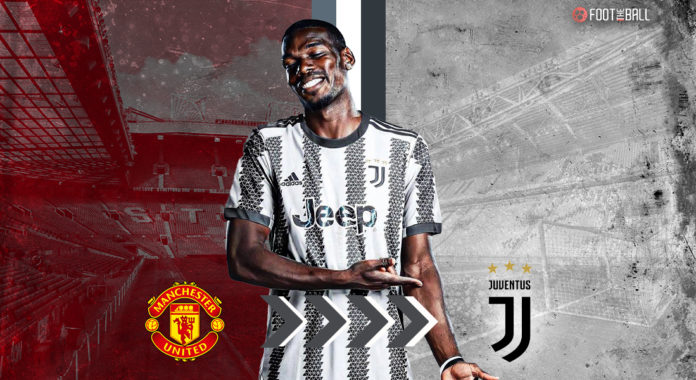 Juventus have done it again! Years after selling Paul Pogba for $115 million to Manchester United, the Old Lady are getting him back. Once again, it is on a free transfer. The details of the move are truly staggering for any Red Devils fan.

Pogba never really showcased his full potential in England and was on a downward trend in his final seasons. The release of Pogmentary has further shed light on the disharmony between the player and United.

Nevertheless, that chapter is firmly closed and a new one is about to begin. Pogba with Juventus, the club where he made his name and became a superstar. However, the current Juventus side is a far cry from those days.

Therefore, there will certainly be changes in managing expectations and Pogba’s role. Will Pogba be a success again? Are his best days behind him? Where will he play? These and many more questions are in the heads of every Old Lady fan.

FootTheBall grades the transfer of Paul Pogba to Juventus on several parameters.

The best position for Pogba is the one where Didier Deschamps plays him at. The central midfielder in a double pivot, but not as a pure defensive screener. That difference is crucial because Pogba will not offer too much in defence.

The reasons behind Manchester United and Paul Pogba’s separation

Juventus played with a variety of formations in 2021-22. In the 3-5-2, Pogba could pair up with Manuel Locatelli, with the latter being defensive-minded. That will allow Pogba to roam around the pitch with the ball, start attacks, and participate in them as well. This was the same role that Pogba played during his first spell.

Arturo Vidal was the defensive specialist back with Pogba and Andrea Pirlo running amok. In the 4-4-2, Pogba and one of Locatelli/Weston McKennie could be a great choice. Moreover, Allegri is naturally defence-oriented, and Pogba would be expected to fill in with his share of work.

However, the final piece of fit for Pogba would be behind the main striker. This was where Paulo Dybala excelled, but he has left. Pogba would be entrusted to become the pure playmaker and score a lot more than he has done in recent times.

Therefore, it is clear that Juventus have quite a few options for Pogba and it now depends on both parties to find the best fit.

No matter the club, Paul Pogba remains a great facilitator of attacks. Though he only played 20 times in 2021-22, Pogba had solid numbers in offence.

66 – Paul #Pogba has been involved in 66 goals with Juventus considering all competitions (34 goals and 32 assists), the joint-most among his teammates in his period with the Bianconeri (across 2012/13 and 2015/16 seasons). Octopus. pic.twitter.com/B8CtvgXzYE

All of this shows just how advanced Pogba likes to get during games. Allegri has to take note of this and not restrict his attacking capabilities. Pogba had 2.92 touches per 90 in the opposition’s penalty area, meaning he is a box threat too. If the ball comes to him or breaks to him, a shot is always on.

Everything you need to know about Aurelien Tchouameni, the player dubbed as Pogba’s successor for France

Juventus have lacked goals under Allegri, so Paul Pogba could be the perfect choice to help Dusan Vlahovic. The final bonus of having Pogba in advanced positions is his ability to win aerial balls, with 2.39 per 90 in 2021-22. As expected, his defensive stats are not up to the mark, so Juventus have to be wary of not letting him get too exposed.

It was Pogba who lost the ball against Switzerland at Euro 2020, which led to the Swiss scoring their third goal. He will need to be protected whenever he advances with the ball, and Juventus have the personnel to do that.

There is no doubt at all. Getting a player like Paul Pogba for free is a dream scenario for Juventus. He was certainly not short of suitors, with PSG and Manchester City also in the mix. Pogba will immediately upgrade the midfield, with the likes of Adrien Rabiot and Arthur being relegated to the bench.

A midfield trio of Locatelli, McKennie, and Pogba is best, with highly talented Fabio Miretti coming on from the bench. Moreover, Juventus need a creative spark with fresh ideas. That is Pogba in a nutshell, and the fact that he comes as a free agent is a cause for immense excitement.

Never mind his struggles with Manchester United, a stable coach and happy environment will go a long way. Juventus are only having to bear his salary, and he could be worth every penny.

Pogba will not be expected to move mountains from day one. There will be a settling-in period, but the most important thing is consistent game time. Allegri cannot use him as a bit-part player in the beginning. It is important to trust him and what he brings to the table.

As mentioned above, several positions would suit Pogba. It will take some time to find his best role, which is why the preseason will be crucial. Pogba knows the club, the fans, and the expectations are great. Juventus have not won the Scudetto in the past two years, after dominating it for nine years before that.

Therefore, going head-to-head with the two Milanese sides is the first goal. Moreover, 2022 is a World Cup year. France are not short of options in central midfield, so Pogba knows he has to fire from the start.

There could be no dilly-dallying when it comes to performances on the pitch. All signs point to a successful partnership between all the parties in the coming year.