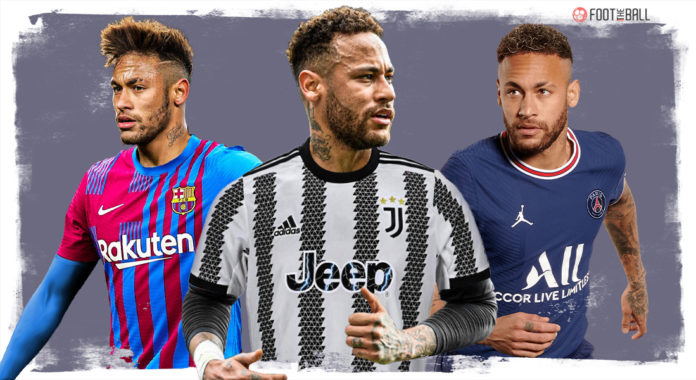 The mood has certainly shifted at PSG. President Nasser Al Khelaifi ominously stated that the era of glitz and glamour is over. His words could certainly be traced to new sporting director Luis Campos, a no-nonsense operator who is very good at his job.

Campos has led the search for the new manager, with Christophe Galtier favourite for the role. Moreover, the Parisians are also bidding to add Joao Sacramento to the coaching staff. The highly-rated assistant manager is the sort of appointment one needs to win European trophies.

Who is Joao Sacramento, the former protegee to some superstar managers?

However, Al Khelaifi’s words also had warnings for players. Most importantly, he admitted that there would be departures as certain players had taken advantage of the club previously. One of the key candidates to leave PSG this summer is Neymar. There has been severe speculation surrounding the future of the Brazilian superstar.

With Kylian Mbappe tied down, and Lionel Messi back to his best, Neymar could be on his way out. However, a major hurdle in any deal is the fact is Neymar’s current deal. It will automatically get extended to 2027 on July 1.

Here’s why PSG are going after Christophe Galtier, who is so highly regarded in French football

🚨 Neymar's contract will be automatically extended until 2027 on July 1. 🇧🇷

The Brazilian will therefore be tied to PSG for another 5 years.

Nevertheless, the impossible happens all the time in football. Therefore, FootTheBall looks at the five best landing spots for Neymar if PSG do sell him.

Neymar was touted to be heading back to the Blaugrana in 2021 as well. However, the financial situation meant that it was all smoke and mirrors. It has been five years since PSG signed Neymar from Barcelona for a record fee.

However, Neymar still has a soft place for the Catalans, who seem to continue their fascination with him. President Joan Laporta has spoken of the economic “levers” that could allow the club to make big signings.

Who is Endrick Felipe, the next great sensation from Brazil?

Though the club’s priority is Robert Lewandowski, that option could be tricky. Bayern Munich have been steadfast in its refusal to sell its star player. Therefore, Barcelona could pivot to their former player, who would be a solid option.

The Old Lady have kicked things off by signing Paul Pogba on a free transfer (again!). Juventus have let go of Paulo Dybala, meaning their attack is lacking a bit of quality. Dusan Vlahovic is a spectacular talent, but he needs help. Alvaro Morata has returned to Atletico Madrid, which could leave the door open for Neymar from PSG.

🎙️ Nasser Al-Khelaïfi: "Will Neymar be part of PSG's new project? We cannot talk about these topics in the media. Some will come and some will leave, but these are private negotiations."

The Brazilian is a fantastic facilitator of the ball, whose linkup play with Vlahovic would be excellent. Moise Kean has also been disappointing, and a front three featuring Neymar, Vlahovic, and Federico Chiesa is tantalizing.

However, a lot will depend on manager Max Allegri, who is dead set on his system. Changes have to be made if they are to accommodate Neymar, and it may not happen as both parties want.

The Blues are expected to do many things but have not managed anything yet. Nevertheless, the new ownership group led by Todd Boehly has been busy. Bruce Buck and Marina Granovskaia have both stepped down from their positions.

Romelu Lukaku has sealed a loan move back to Inter, certifying his status in the hall of shame of Chelsea signings. They are in talks to sign a defender (Jules Kounde), and of course, a striker now that Lukaku has left. Neymar would be a real wildcard signing, and maybe just what they need to win the league again.

The Brazilian would immediately become the focal point of attack, flanked by wingbacks. He will have world-class service from playmakers, so scoring should not be an issue. The money is there, so this option is a good way to go.

A left-field signing if there ever was one. Manchester United have not done any transfer activity so far, except to see a slew of players leave as free agents. New manager Erik ten Hag has a preferred list of transfer targets, but no signing has been made.

All of it came to head when CEO Richard Arnold met a group of angry fans to outline the club’s strategy. PSG sending Neymar to United will take a lot of work, but the finances are there. There is war chest, and none of United’s first-choice targets are working out.

Therefore, going after Neymar will not be a bad choice. A front three of Neymar, Cristiano Ronaldo, and Jadon Sancho would be enticing for fans. However, this deal looks extremely unlikely to happen.

Who is Charlie McNeill, the teenager with a bright future at the youth academy?

🎙 Wagner Ribeiro, an agent close to Neymar's family: "Neymar has a dream: to win the Champions League with PSG. Despite all the rumours about a possible departure, he is very motivated and will not stop until he has reached his goal." 🇧🇷

The most likely option remains that Neymar stays at PSG. The French champions have no obligation to sell him. The only thing that could compel them is if Galtier deems Neymar unsuitable for his style of play.

Moreover, Neymar’s agent have also talked of Neymar wanting to continue with PSG. As mentioned above, the player’s contract will get extended to 2027 soon. So, the Parisians will have to pay him a lot of money in order to sell him.

In this weak market scenario, it is unlikely other clubs will be able to match up to Neymar’s current salary. If Neymar can keep up his professionalism with PSG, the new sporting project could definitely include him.