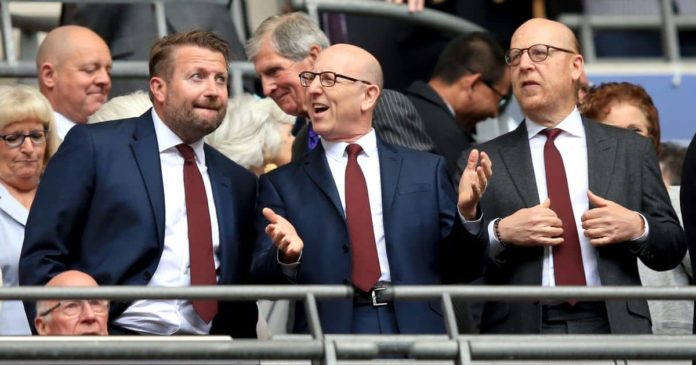 Manchester United are in the news almost every day it seems. The club are desperately trying to sign players, in order to bolster the squad. Erik ten Hag has identified players, but the negotiations are painfully slow.

Moreover, fans are having to watch their rivals in the Premier League snap up new buys. Manchester City brought in Erling Haaland, Liverpool signed Darwin Nunez, and even Arsenal have roped in Fabio Vieira.

How Vitinha’s rise back to the top earned him a move to PSG, with Manchester United missing out

Meanwhile, United are in the long-drawn process of negotiating with Barcelona over the sale of Frenkie de Jong. A former player of Ten Hag, the Dutch midfielder is hardly enthused with the idea of moving to Old Trafford. Talks have been dragging on over a potential fee for the transfer to get completed.

Manchester United are playing a 'poker' game with Barcelona over a move for Frenkie de Jong.

They are confident of getting a deal done but are hoping Barca drop their asking price by around €10-€15 million. [The Athletic] pic.twitter.com/mXOYdk1HhN

All of it came to head when Manchester United CEO Richard Arnold met with a group of fans who were planning a protest at a pub near his house. It is truly remarkable for the CEO of a club to assuage fans at a pub, but these are the times. However, fans are skeptical of how much of what Arnold said would become a reality.

The money is there

Arnold made it clear that Manchester United had money. They had the means to go out and sign players.

“The money is there to spend on new players this summer, that the manager and director of football want.”

Moreover, he also quoted the figure of £200m which was supposedly available. He pledged for patience and understanding from the fans. The natural response to this was the barrage of questions surrounding the De Jong deal.

🗣 Richard Arnold: “The money is there to spend on new players this summer, that the manager & director of football want.”

Richard Arnold speaking to fans at Pub, who were allegedly planning a protest at #mufc. Ed Woodward or the Glazers never did this 👏pic.twitter.com/IdguMxBBpe

There have been widespread speculation that United are failing in their pursuit. The fact that this one transfer is taking so long has not helped matters either. United’s strongest centre midfield options are currently Fred, Scott McTominay, and Bruno Fernandes. If all of them start, there’s no worthy fourth player on the bench who could take their place.

Source: “"He's saying 'If you love United, you're not helping United.' I asked him what would he have us do instead and he shrugged.” [@SmnLlyd5, @FootballJOE]

Jesse Lingard, Paul Pogba, Nemanja Matic, and Juan Mata have all left. Therefore, supporters are rightfully incensed and worried that if they way too long, no transfer could materialize at all.

Murtough on a mission

One of the key highlights of the whole conversation was the indication that Sporting Director John Murtough is heading the transfers. Therefore, the process does look like following some much needed clear steps.

In fact, Richard Arnold stressed on this issue several times, by stating, Murtough is working from “6 am until 10 pm trying to get the Frenkie de Jong deal done.” Moreover, this was clearly an attempt to take some heat off of him, while simultaneously alluding to the new culture at the club.

Some at Old Trafford sense that clubs, agents and players are currently trying to exploit Manchester United’s perceived lower leverage in the market, but John Murtough is earning a reputation as a tough (but fair) negotiator who is working hard to ensure that this does not happen

In the previous decade, it had been the infamous Ed Woodward who led the search and recruited players. Arnold was clear in his assertions that he is not involved in the personal discussions that takes place with players and agents. United are trusting their director, who is backed by the owners and CEO.

The money is there to spend on the transfer targets identified by Erik ten Hag. However, fans will take his words with a pinch of salt, given there has been no actual proof of the club signing anyone yet.

Richard Arnold was not shy of having a few digs at his predecessor and how things ran during his time. Expressing his frustrations with the previous regime, he stated,

“What’s happened is we’ve f*cking burnt through cash. You can’t go to to our training ground and say ‘by the way, show me where that £1 billion is here’. I don’t think we’ve done well with the money we’ve spent.”

This was a clear reference to Ed Woodward and how he conducted transfer activity back in the day.

🗞 Sources have told there are now clearer reporting lines between scouts, head of scouting Steve Brown and John Murtough, which has led to the entire process being streamlined. [@RobDawsonESPN]

Indeed, there had been cases of money being wasted on players who did not live up to the hype. The prime example was Paul Pogba, whose Pogmentary further proved why the player never really settled with Manchester United.

Other dubious names include Alex Telles, Harry Maguire, Diogo Dalot, Memphis Depay, and Angel Di Maria. Good players, but not the standard that fans were used to in the heyday of Sir Alex Ferguson.

Richard Arnold when asked about Frenkie De Jong: “ Do you want me buying the players? Doesn’t that ring a bell? [@MufcWonItAll]

Moreover, Arnold was also clear on the fact that fans would not want to see him personally signing players.

“Do you want me buying the players? Doesn’t that ring a bell?”

Supporters would certainly not want another Ed Woodward. Therefore, some quick action needs to happen quickly. To much time has been spent wandering through the woods, and patience is running thin.