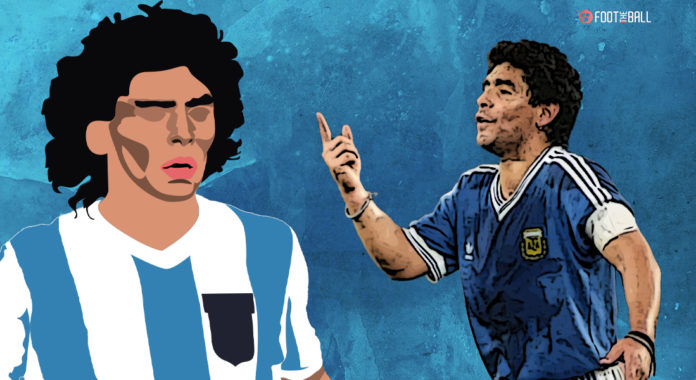 There is something fascinating about the Trequartista in football. The position, for years, produced the most entertaining phases of a football match. Leg-breaking skills, exquisite dribbles, and stunning goals made the Trequartista one-of-a-kind position.

Diego Maradona, Johan Cruyff, Juan Roman Riquelme, and Mesut Ozil are some players who graced this role. While the Trequartista is slowly vanishing in modern football, it is still most talked about among fans, especially after its resurrection in the Football Manager game.

So, what is a Trequartista?

What is a Trequartista?

The Trequartista can be best described as an advanced playmaker. His main job is to be a focal point for the team’s offence. English football also had a similar position called the ‘Number 10’ role. However, what differentiates the two positions is the absence of defensive duties in the Trequartista role.

The player’s main job is to create and score goals for his team. Diego Maradona played this role close to perfection for club and country. He was deployed behind a two-striker formation or as a second striker.

A Trequartista plays very close to the striker and is expected to score goals and assist them. Therefore, the 4-3-1-2 position was one of the most used formations when deploying a Trequartista.

Due to their premium attacking talent, they were not expected to carry out defensive duties. However, this means they must take the creative burden in the attacking third of the pitch. Progressive passes and carries, moments of skill and brilliance, and being the offensive heartbeat of their team was the purpose of this position.

This role requires players to receive the ball and move forward to the strikers or create a scoring chance for themselves. They can do this by taking the ball towards the wings, applying a one-time pass to the players ahead, or using quick feet and dribbling to tear through the opposition’s defence. 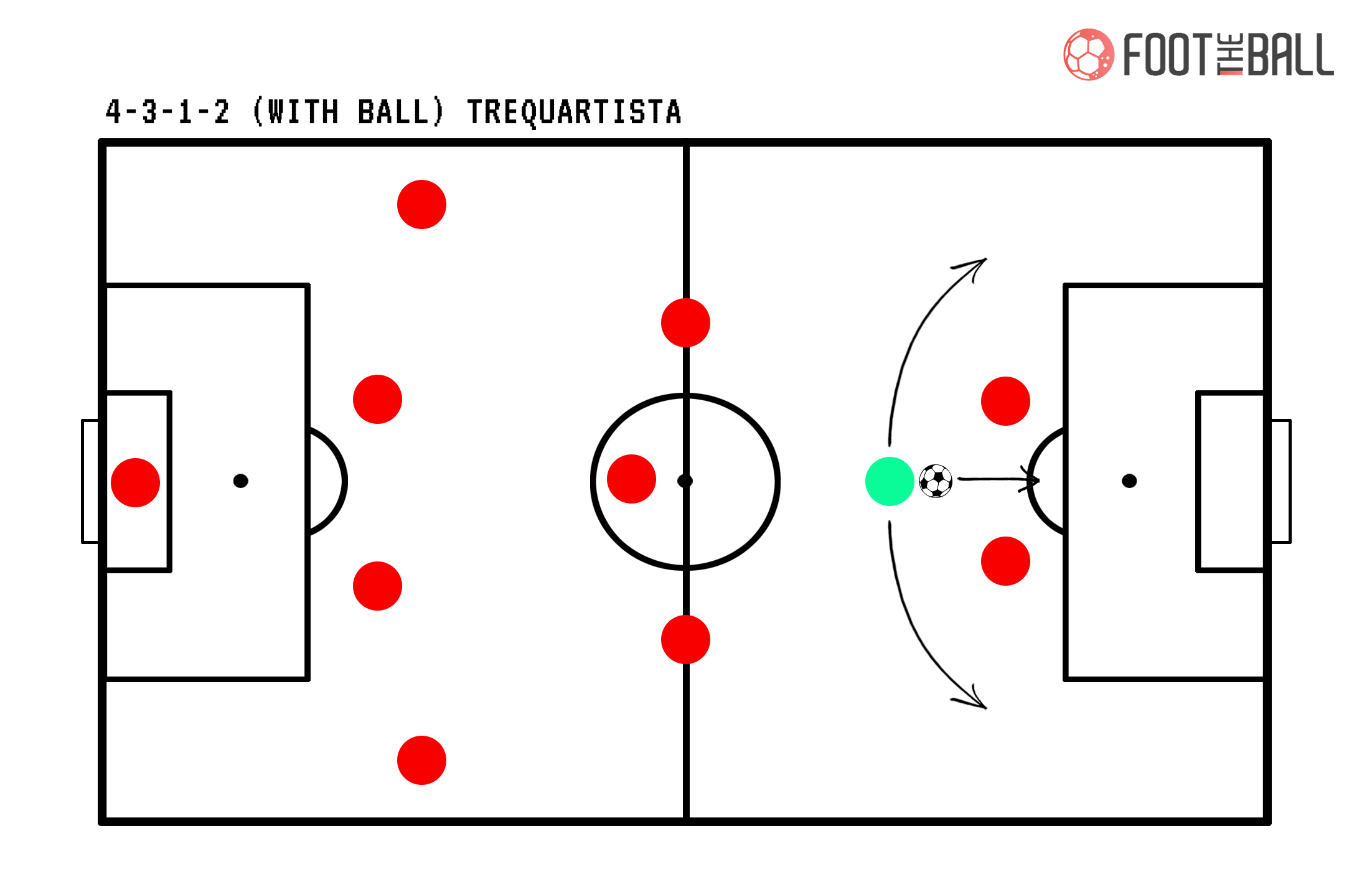 It is vital to note that they are not a proper striker or playmaker but somewhere in between. A Trequartista is a player who exploited half spaces before modern football made it famous.

It isn’t easy to ascertain specific traits for the position. For example, while the Trequartista was expected to provide goals and assists, it was difficult for a player to master both. However, Diogo Maradona was an exception.

The Argentina legend scored 159 goals and provided 79 assists in 343 matches in his career. He was perhaps the most all-around player for the position. However, it is difficult to find a player of Maradona’s ability.

Analysing the other famous Trequartista from Argentina shows precisely that. Juan Roman Riquelme was the heartbeat of the Argentine attack for more than a decade and can be described as the last true Trequartista. He scored 107 goals and provided 79 assists in 420 matches. While his skills were not at Maradona’s level, the stats show that he was more inclined towards creation than scoring. 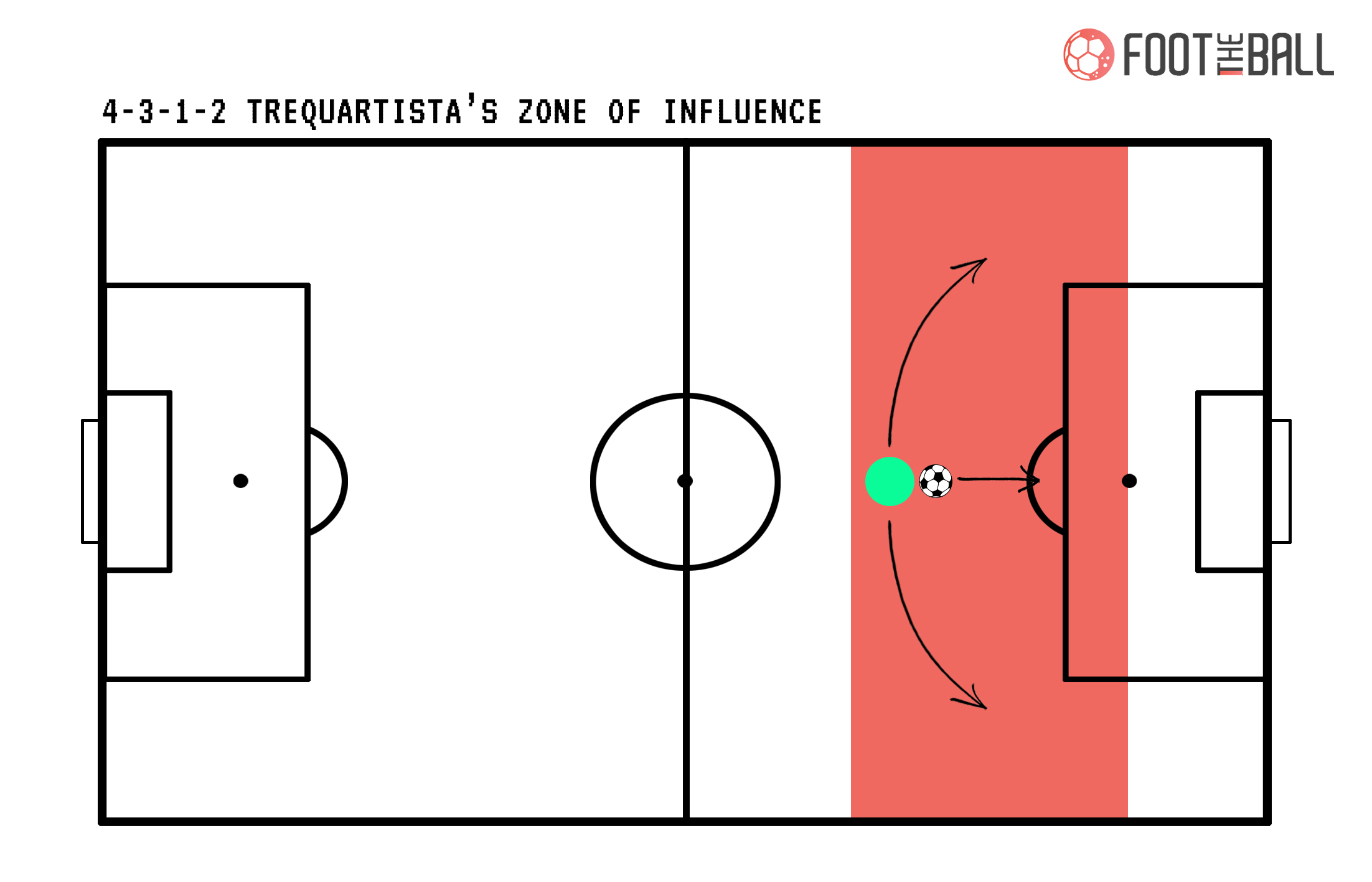 Maradona was a unique case of a player blessed with pace, goal-scoring prowess, and creativity. He is, without a doubt, the most successful Trequartista. He dominated the role much like Thomas Muller with the Raumdeuter.

However, Riquelme can be described as the closest player to the level of Maradona.

The death of the Trequartista

A Trequartista is a player blessed with creativity but does not perform defensive duties. While modern football is fine with the former, the latter is a big problem. With pressing becoming an integral part of the game, even attacking players must carry out their defensive duties.

Systems such as Liverpool’s Gegenpressing demand that all players in a team perform defensive duties. So, if a team loses possession, they must win the ball back immediately. This means that defensive duties are now also carried out in the attacking third of the pitch. Consequently, PPDA or Passes Per Defensive Action has become an important metric to gauge the pressing intensity of a team.

A Trequartista becomes a passenger in such a system. Their lack of defensive duties also causes the team’s shape to become vulnerable. Deploying a player in the role also means that a team has to sacrifice a midfielder. Playing a two-person midfield means a high chance of being dominated in the midfield, a considerable disadvantage.

Mesut Ozil could be described as the last player to resemble the role, and as the game becomes more intensive, the Trequartistas are fighting a battle for their existence that they are bound to lose.