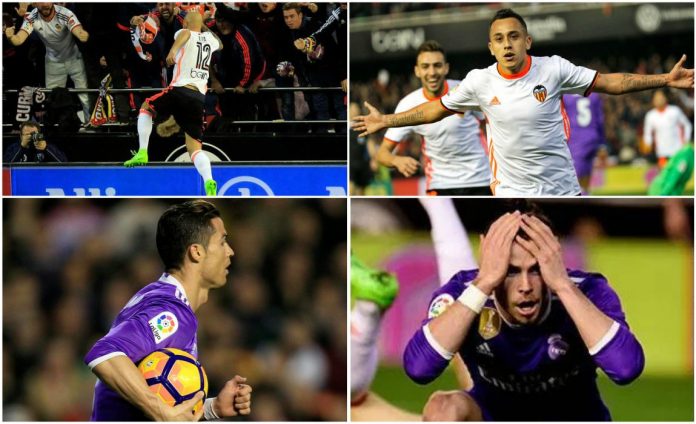 Valencia made the race for the La Liga title wide open as they defeated Real Madrid 2-1 in the Mestalla Stadium on Wednesday night. 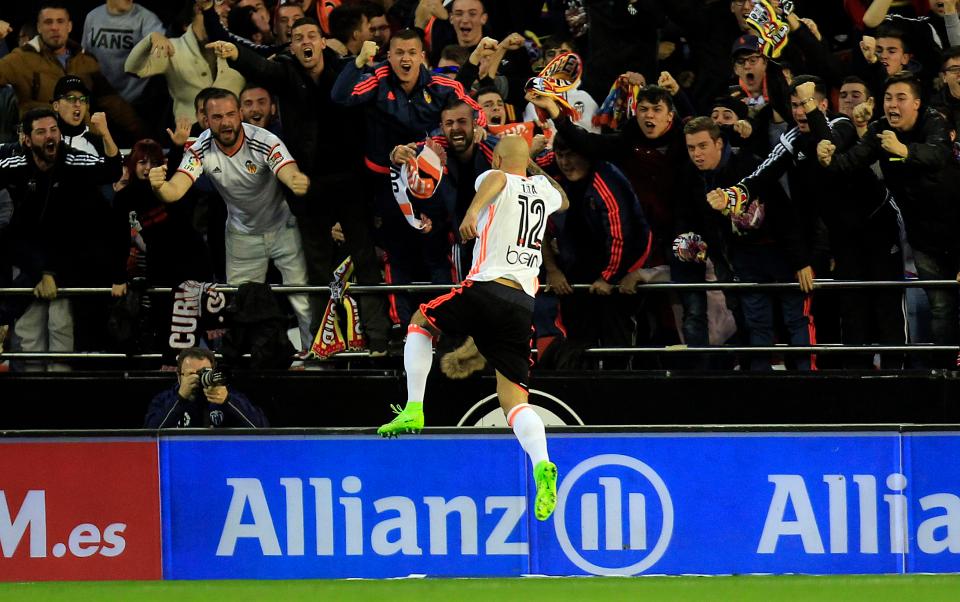 The result of a game which was rescheduled from December as a result of Madrid’s participation in the World Club Championship leaves Madrid with a one point lead over FC Barcelona and three points more than Sevilla, but they have seen a chance to open a wider lead following a thrilling 90 minutes of a game which was not for the fainthearted.

Things had hardly kicked off when Valencia took the lead through striker Simone Zaza. 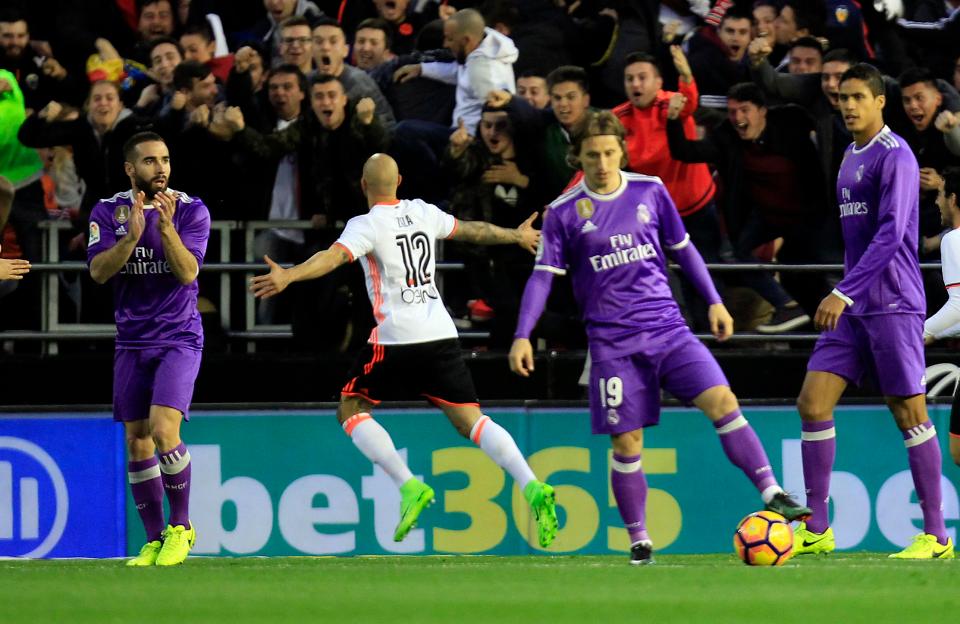 The Italian, who joined on loan from West Ham in January, had gone five months without a goal before scoring against Athletic Club at the weekend, but he netted his second goal in just four days when he caught a half-volley sweetly to send the ball into the far corner of the net in the fifth minute.

Four minutes later and it was 2-0 as Valencia caught Madrid on the break for Nani to set up Fabian Orellana to beat Keylor Navas. It was almost 3-0 when Munir’s effort took a wicked deflection but went just over the bar.

The goals set the pattern for the rest of the game with Valencia looking to hit Madrid at speed while the league leaders had to carry the weight of the attacking play.

Cristiano Ronaldo got the visitors back into the game with a powerful header from a Marcelo cross, but it wasn’t enough. 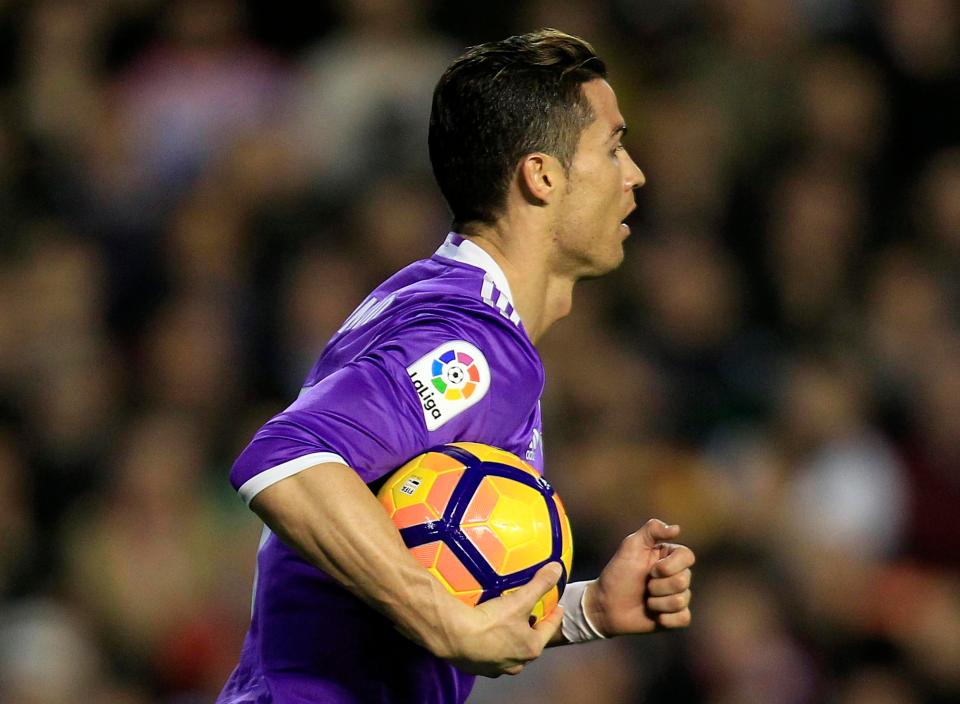 The second half saw Madrid lay a virtual siege to the Valencia goal, but the equalizing goal would not arrive as Valencia produced a heroic backs to the wall display, with Ezequiel Garay having a stellar performance. 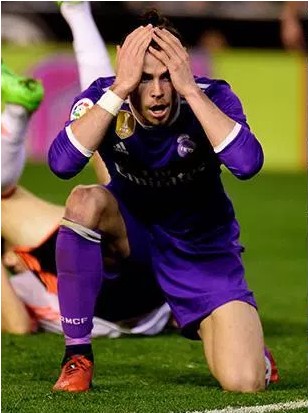 Gareth Bale came into the game with half an hour remaining, but even the Welsh international could not turn things around. 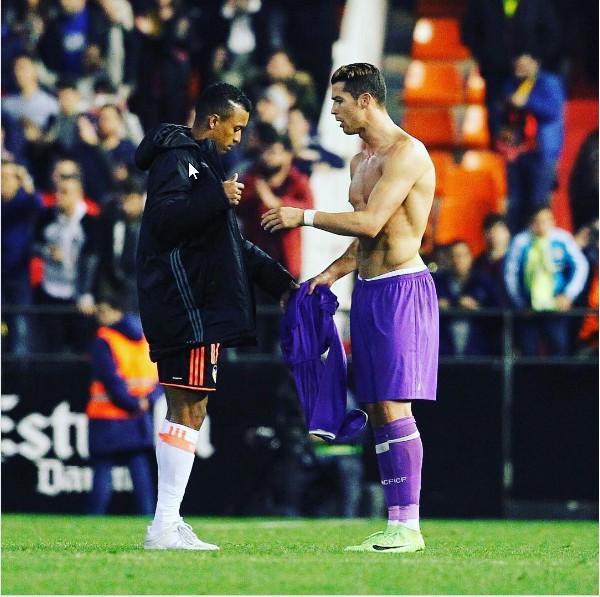 Ronaldo headed wide as the game went into injury time, but despite some desperate attacking and defending the score didn’t move and one of Madrid’s games in hand has now gone without them adding to their points total.