Gunners boss Arsene Wenger has rubbished claims that he is punishing Alexis Sanchez following the Chilean’s failed move to Man City on deadline day by restricting his game-time in the Premier League.

It seems that Sanchez is determined to leave Arsenal having already said on numerous occasions that he wants to play in the Champions League.

Sanchez’s only start in the Premier League this season came in Arsenal’s 4-0 defeat against Liverpool in August, and since then Wenger has used him as a second-half substitute in the home win over Bournemouth and the 0-0 draw with Chelsea.

However, Sanchez was given a start in their 3-1 Europa League win over Cologne in which the Chilean scored his first goal of the season – and in the 1-0 triumph over Doncaster Rovers in the EFL Cup on Wednesday.

Rumours suggest that Wenger is not willing to give Sanchez a full-time role in the Premier League amid doubts that the Chilean is not fully committed to Arsenal’ cause after failing to secure a deadline day move to Man City.

But Wenger rubbished all claims and accentuated that Sanchez’s involvement has only been restricted due to an abdominal injury that he picked after returning from a holiday following his international duty for Chile in the Confederations Cup.

Asked if he is concerned about Sanchez’s focus, Wenger told a news conference on Thursday: “Not at all, that’s going to very quick conclusions.”

“He’s been out and injured and I thought he was a little bit short physically on Sunday [against Chelsea]. I played him last night to give him more competition.”

“He had a long holiday and came back not really fit and then he got injured. But last night, you could see he’s coming back sharp and I left him on for 90 minutes so he could have a real go.”

“All the players are important, he’s not more than any other. I used a team at Chelsea that could be strong on the counter-attack and fight hard. Sanchez could have played if he had been fit.”

Wenger is also happy with club-record signing Alexandre Lacazette’s adaption to life at Arsenal, despite the French striker only scoring two goals this term.

“He’s adapted to the team play, he connects well with the other players, he’s disciplined and works hard for the team,” he said. “I’m very pleased on a technical and tactical aspect.

“He still needs to adapt to the physical aspect of the Premier League, which maybe takes a little time.”

Jack Wilshere made his first start for the Gunners since May 2016 in Wednesday’s win at the Emirates Stadium. 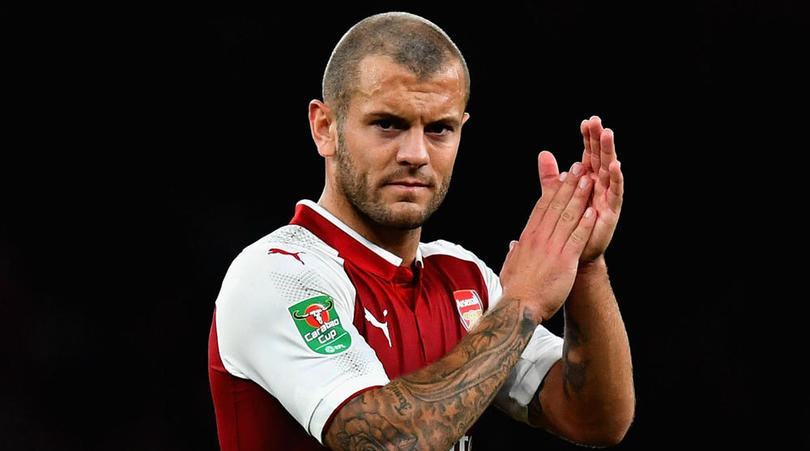 “I’ve said many times, it’s down to whether he can remain fit,” Wenger said.

“I think he’s an Arsenal man and an Arsenal player. He’d certainly want to. I don’t know, we haven’t spoken about that. We said at the start of the season we have to see what kind of influence he can have throughout the season.”