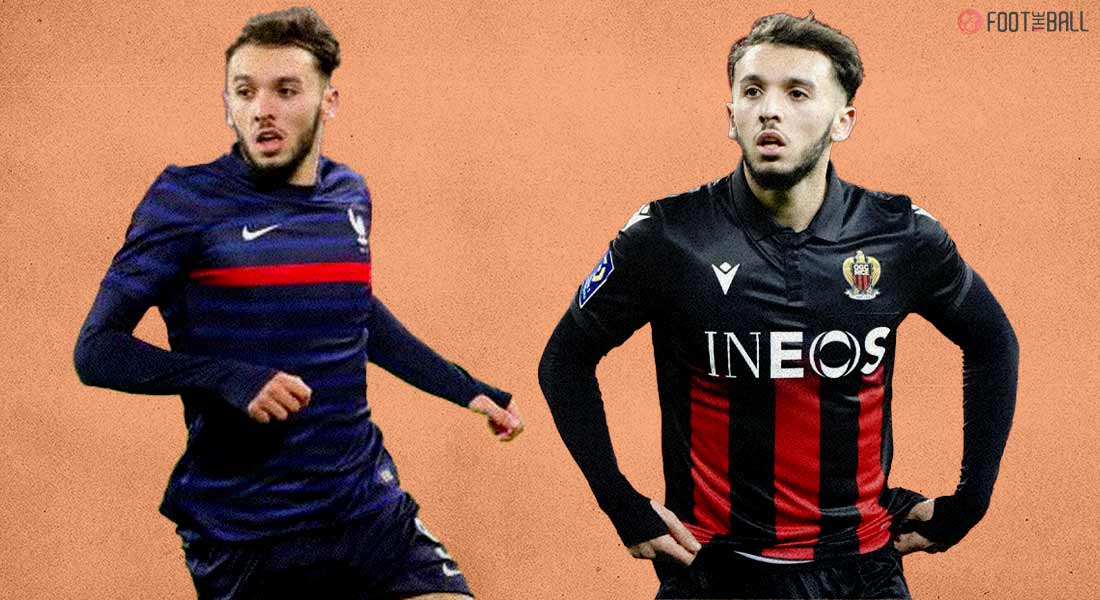 Amine Gouiri is an internationally recognised footballing talent who is currently plying his trade at Nice in Ligue 1 since he joined the French club last year in July.

The 21-year old is a highly rated forward who first came to prominence at Olympique Lyonnais when he signed his first professional contract with the French club in the Auvergne-Rhône-Alpes region in southeast-central France. 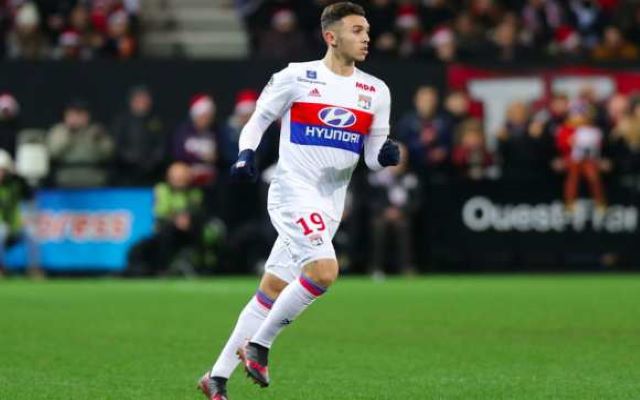 Over the past four years, he has risen among the ranks in Lyon and now plays for Nice in the French top-flight, being touted by many to become one of the greatest forwards in the beautiful game in the years to come.

As such, FootTheBall dives deep and analyses anything and everything about the 21-year old French forward who is taking the French top-flight by storm this season.

Amine Gouiri is of Algerian descent, but was born in France hence he is eligible to represent Les Bleus in the various age-brackets across the board in football. And one can say by looking at his record that he has, more often than not, not disappointed while donning the French colours in international football.

In 2017, he represented France in the UEFA European U-17 Championship, scoring 7 goals in the entirety of the tournament, thereby winning the accolade of the competition’s top scorer with Les Bleus.

After the conclusion of the tournament, Gouiri generated a lot of buzz and was rated as one of the best young talents in Europe by the British newspaper publication ‘The Guardian’.

The then 17-year old also represented France in the FIFA U-17 World Cup held in India that very year in October, where he ended up scoring 5 goals including an opening match brace against New Caledonia.

To top it all, he scored consecutive braces against Turkey and England in the 2018 UEFA U-19 Euro tournament in the North European country of Finland in the group stage.

AMINE GOUIRI DESTINED FOR GREAT THINGS IN THE FUTURE?

The 21-year old has hit the ground running this season for Nice too in Ligue 1. The French forward of Algerian descent has already scored 3 goals in addition to delivering 1 assist in the 3 matches that he played in for Nice in the French top-flight.

He made his first team debut on 19 November 2017, when he was still at Lyon, in Ligue 1 and since then has gone from strength to strength in France. He earned a move to Nice after his contract with Lyon expired in 2020.

And he has pretty impressive statistics for Nice this season in the French top division – he has an xG rating of 3 (and he has duly converted all of them into goals), while his xA rating is an impressive 0.7 (and he has delivered 1 assist in the opening 3 matches that he has played in for Nice).

Last season too he recorded impressive numbers for OGC Nice in Ligue 1, making 34 appearances in his debut season for the club and getting on the scoresheet 12 times and delivered 7 assists throughout the season.

He even made 2 appearances in the Coupe de France tournament, delivering 1 assist for his new club while playing 152 of the 180 minutes on offer to him in the competition.

Half of the goals scored by OGC Nice this season have involved Gouiri making a contribution in the build-up to the goal,while playing an enormous 98% of the minutes available to him.

So far this season, he has been selected for every match that OGC Nice have competed in, starting all three matches since the new season began in August this year.

Both Antoine Griezmann and Karim Benzema are either 30 years or older and as such France will need top-class and high-quality forwards to eventually replace the above-mentioned duo.

And, by the look of things Amine Gouiri seems like the perfect fit to replace the likes of Benzema and Griezmann for France in the coming years after the 2022 World Cup next year probably.

Gouiri is still only 21 years old and will be excited by the prospect of breaking into the first team of Les Bleus and rub shoulders with the likes of Kylian Mbappe, Paul Pogba, Raphael Varane and Hugo Lloris in the near future.

Therefore, it would not be wrong to say that Amine Gouiri has a really bright future beckoning him both at the international and club level in football.