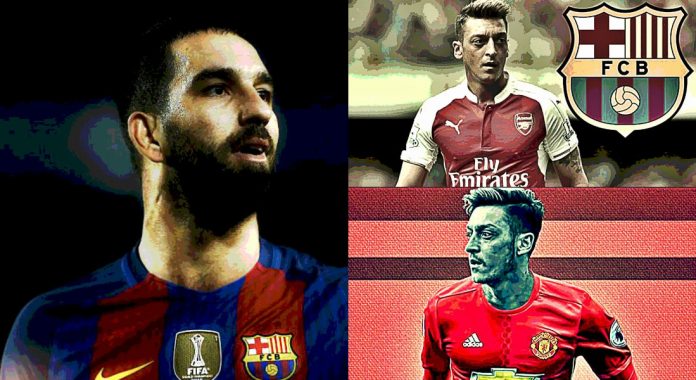 Barcelona are ready to offer Arda Turan in order to tempt Arsenal to sell Mesut Ozil, according to reports.

But the Frenchman faces the risk of losing Ozil for free if the German playmaler refuses to accept Arsenal’s current offer on the table.

But the Barcelona bosses are now trying to tempt Arsenal to sell Ozil by offering Turkish playmaker Arda Turan in part exchange.

Turan has failed to match the standards at the Nou Camp and has been informed by boss Ernesto Valverde that he is not in their plans for the season.

But Ozil’s whooping wage demands could spoil any possibility of his move to the Nou Camp in January.

Ozil has refused to sign a new deal at Arsenal as he is holding out for a £350,000-a-week wage packet and now it is being said that Barcelona are also not willing to pay such a high sum for the German star.

Ozil bagged two assists and one goal in the span of just four minutes as Arsenal beat Huddersfield 5-0 on Wednesday.

And his fellow Gunners team-mate Olivier Giroud said: “He is our playmaker and a key player.

“We have never questioned him, never. But you cannot be at the top level all the time.

“Sometimes people expect the best from you every single game because you are a top player. I can understand that. But we never had any doubts about his quality, that is for sure.

“He has showed his commitment to Arsenal, of course. He is a top player and we need him.”

Giroud is expected to start against Manchester United at the Emirates on Saturday after Alexandre Lacazette picked up a groin injury against Huddersfield.